CHICAGO — The 2022 Clean Show is taking place in Atlanta from July 30 through August 2, and the city is ready to play host to visitors from around the nation.

In Part 1 of this series, we examined ways to get around the city, and in Part 2, we looked at some of the neighborhoods that make Atlanta unique. Today, we’ll continue our guide through the Empire City of the South by highlighting some downtown attractions and getting some picks from Atlanta natives.

Since The Clean Show will take place in the heart of downtown Atlanta, many of the attractions will be within walking distance or a short ride away from the GWCC.

Areas of Interest in downtown include:

Be sure to check out our “Attractions” section in the conclusion of this series for other stops of interest to make while you’re downtown.

When you want to make the most of your time in an unfamiliar city, one of the best things to do is to get the guidance of a local — many area residents like to show off their town and play tour guide, and Atlanta is no exception. We asked some local drycleaning professionals where they’d take friends visiting their city.

Looking for a meal after landing or before takeoff? “There is a great restaurant by the Atlanta international airport called Louisiana bistro,” says Larry Kirk, Jr. of McDowell Cleaners. “I ate there last night with my family, six of us, and it was excellent.”

“We are so excited to welcome everyone to The Clean Show this year in Atlanta,”

“For those looking for a few things to do in our great city, we have several suggestions,” says Jack Burnett, president of Union Dry Cleaning, headquartered in nearby McDonough, Georgia. “This includes visiting the Georgia Aquarium, the largest aquarium in the U.S, or heading over to the World of Coca-Cola, a museum detailing the history of the Coca-Cola company and offering taste tests of Coke flavors from around the world.

“For avid sports fans, the College Football Hall of Fame — Go Dawgs! —  features more than 50 interactive exhibits and is just around the corner from the Clean Show.”

Burnett points out that, for those wanting some live sports excitement, there’s another opportunity to be had: “The World Series Champion Atlanta Braves will be in town Saturday, Sunday, and Tuesday of the show, facing the Arizona Diamondbacks and the Philadelphia Phillies,” he says.

And, if you’re tired from the show and need a break, Burnett says Atlanta still has you covered: “For those looking to unwind and relax, nearby Centennial Olympic Park offers expanses of green space, views of the city, and a 20-story tall Ferris wheel. There’s plenty to do, see, and eat in Atlanta!”

Come back Thursday for the conclusion of this series, when we’ll list attractions, food and entertainment choices, and shopping options to make your visit to The Big Peach complete. For Part 1, click HERE. For Part 2, click HERE. 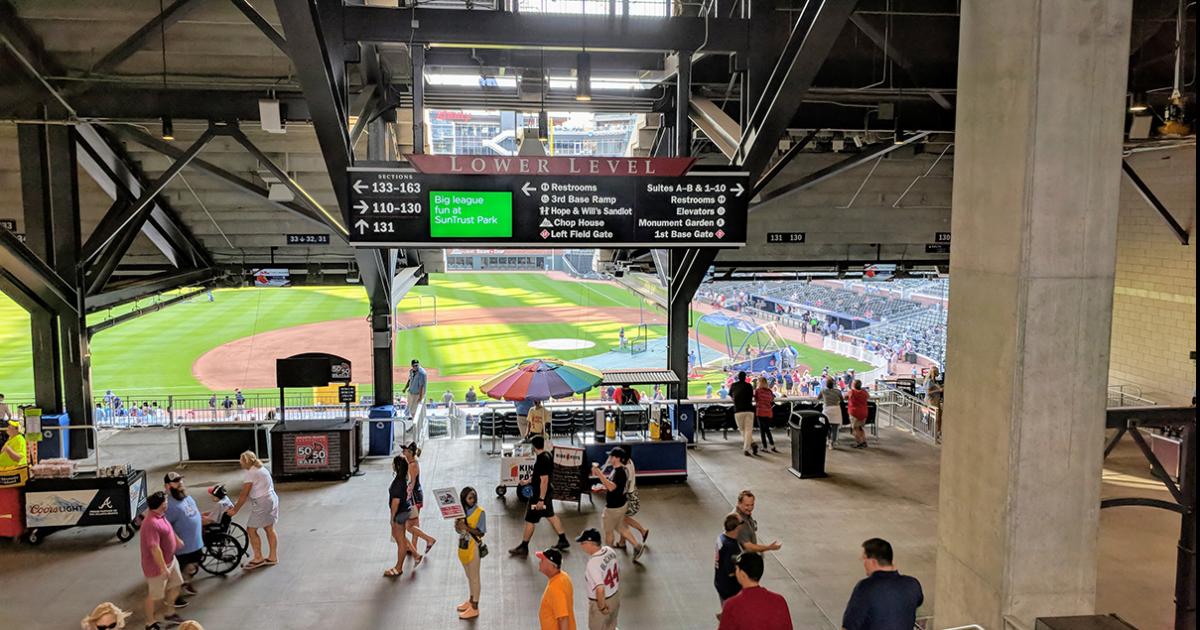