CHICAGO — Downtown Atlanta will be the venue of the 2022 Clean Show, taking place July 30 through August 2, and while there will be more than enough to do at the industry’s biggest event, don’t forget to take a look at the host city, because it’s got a lot to offer its visitors!

In Part 1 of this series, we examined ways to get around the city, and today, we’ll take a look at some of the neighborhoods that make Atlanta unique.

Get to Know Atlanta

When you’re not at the Clean Show, you can learn about Atlanta with the help of guided tours, such as those offered by ATL-Cruzers. On this tour, you’ll learn some of the history of the city, as well as information about its unique architecture and hidden neighborhood spots of interest. You’ll also receive recommendations for the best local restaurants and other hot spots to make the most of your visit.

If you’re looking to get a little workout (or a big workout, depending on the weather) during your off-time, Bicycle Tours of Atlanta allows you to get up close to local landmarks. On the history tour, guests explore sights such as Piedmont Park, Virginia Highland, Inman Park, Cabbagetown, Oakland Cemetery, The Martin Luther King Jr. National Historical Park, Sweet Auburn, Little Five Points, the Jimmy Carter Presidential Library and Museum, The High Museum of Art, Ansley Park, Grant Park and many other places along the route.

Atlanta is made up of diverse neighborhoods, each providing the city with its unique blend of culture. Constantly evolving, Atlanta’s neighborhoods offer something for every visitor. As you would expect from a city of 400,000 people, there are dozens of areas of interest; here are some to watch for on your Clean Show downtime.

Westside — Once an industrial area, the Westside area is now known for its imagination. Buildings rich in history are getting fabulous makeovers, and foodies know that this is the area of town that they can’t miss.

Areas of Interest in Westside include:

Eastside — If you’re looking for the hip — and in some cases eccentric — area of town, Atlanta’s Eastside will probably fit the bill.

Areas of Interest in Eastside include:

Come back Tuesday for Part 3 of this series, where we’ll explore the downtown area and get some picks from locals of things to do and places to go. For Part 1, click HERE. 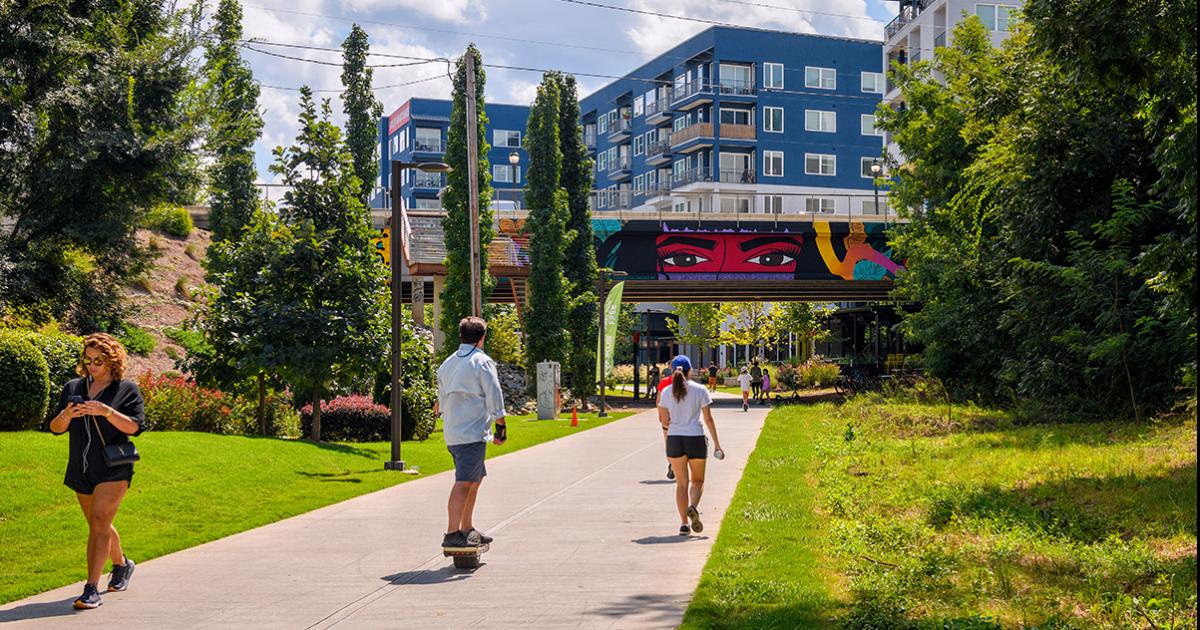 The Atlanta BeltLine offers trails through some of the city’s historic neighborhoods, as well as vibrant outdoor art to enjoy along the way. (Photo: © Gene Phillips/ ACVB & AtlantaPhotos.com)