CHICAGO — Once a business owner has gained enough experience, it can be difficult — and sometimes painful — to see their children make their own mistakes when it comes time to begin the transition of leadership. These growing pains, however, are key to building a feeling of confidence and to their, and the company’s, future success.

In Part 1 of this series, we examined two multi-generational drycleaning businesses, and in Part 2, we looked at some of the steps owners can take to make a transition successful. In Part 3, we featured some of the advantages a properly prepared younger generation has when stepping into leadership, and for the conclusion of the series, we’ll see how keeping a light hand at the wheel can let future leaders come into their own.

In order to successfully lead a company across the decades and generations, its leadership has to learn the lessons of the past while keeping an eye on the future.

Mark Hatch, manager of French Cleaners in West Hartford, Connecticut, and the fifth generation to take leadership in the company, is grateful for the latitude his father-in-law has allowed him to have as he learns the business — even if the learning curve is sometimes painful.

“For me, one of the biggest things that Phil has done was to give me a lot of freedom in my decisions — even at times where he’s probably been through the same process, made a decision, made the mistake and then found a way through it. It’s easy for an owner to restrict movement and the decision-making process, so Phil has been great and kind of let me live through that.”

Hatch appreciates that there’s still a safety net, though.

“Obviously, he’ll protect me if I’m going to make a catastrophic decision,” he says, “but for small stuff, like how you approach specific activities, how you schedule something or where you want to spend your money on marketing, I’m able to make decisions. We always talk about it.”

Hatch believes that, since Cote was once “the new guy,” he understands what his son-in-law is experiencing.

“He’s been through the same process, and so he empathizes,” he says. “I think he’s made a conscious decision to just give me freedom. And it’s been helpful. I think I’m learning faster because I have that freedom.”

Monika Manter, vice president of Balfurd Dry Cleaners in State College, Pennsylvania, and the fourth generation of her family to lead the company, agrees with the idea that taking a step back gives the next generation room to grow.

“Don’t micromanage their every move,” she says. “Let that next generation make some mistakes. Give them small projects at first to build their confidence.”

The Gift of Legacy

While the work is hard and the hours are long, Hatch and Manter appreciate the opportunity they’ve been given to join — and eventually lead — the family business, as well as the choices their predecessors made.

“I’m thankful for the time and effort that Phil and the past generations put into this place,” Hatch says. “I’m grateful for their entrepreneurial mindset. It’s hard to be a business operator and sustain a company. It’s difficult working in ambiguity. The last 110 years that French has been around, people have been brazen enough to do the right thing.”

He’s not the only one who has a multi-generational perspective when it comes to French Cleaners, he adds.

Manter shares that gratitude for the generations that came before.

“I am so grateful that my father and grandfather diversified the business,” she says. “Like everybody else, we were hit hard by the pandemic, but having such a diversified business, I think we’re coming out of this in a much better position than most people. I look at my dad and my grandfather, and they took some big risks — specifically, when we built a second facility in the early 2000s. It was a huge leap of faith — they went into quite a bit of debt at the time. I appreciate they had the courage and vision to want to expand our business, and it has paid off.”

Both Manter and Hatch have children, so there is the potential for fifth- and sixth-generational leadership at their respective companies.

“We have a 3-year-old son, Camden, and a 1-year-old son, Trey,” Hatch says, “and I always joke that we have a pants presser and a tailor coming up the ranks. They’re young, obviously, but they’re going to be working here during school, for sure. We’ll see how their development progresses and what they’ll want to do. I know I have no control over that, but I’m planning on it being available to them if someday they’d be interested.” 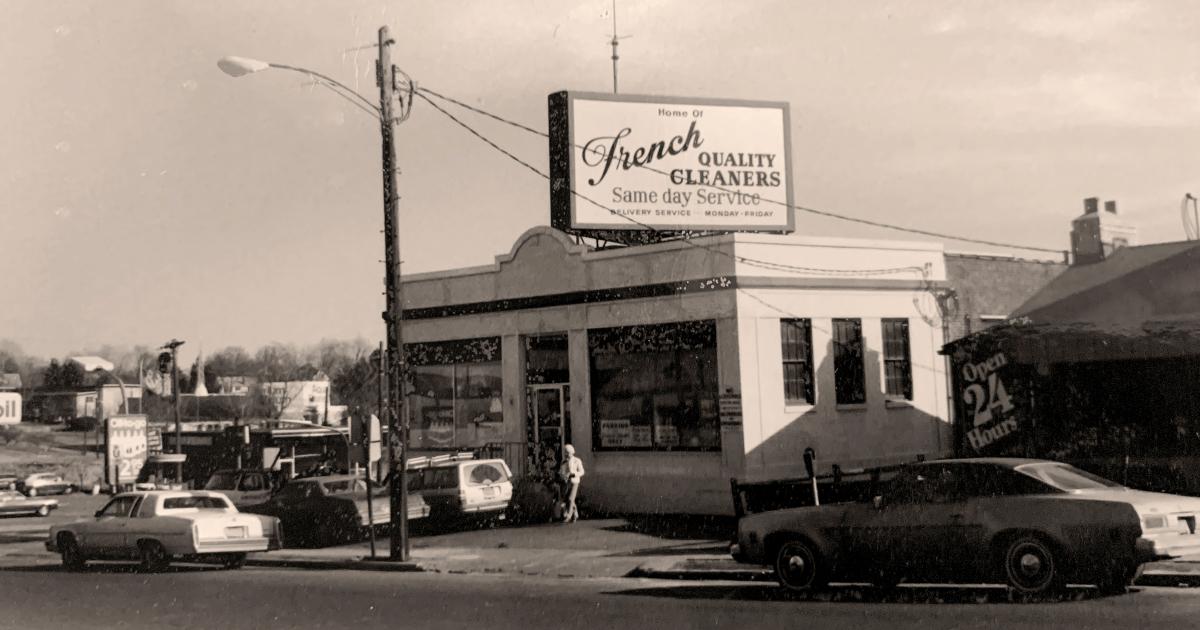 French Cleaners has been operating in West Hartford, Connecticut since 1911, something manager Mark Hatch chalks up to good decisions and forward-thinking leadership. “It’s hard to be a business operator and sustain a company,” he says. “It’s difficult working in ambiguity. The last 110 years that French has been around, people have been brazen enough to do the right thing.” (Photo: French Cleaners)