CHICAGO — In order to build a business robust enough to be handed down through the generations, it pays to be flexible. While the past can teach owners valuable lessons, “the way we’ve always done it” isn’t a business plan that will often lead to continuing prosperity.

In Part 1 of this series, we examined two multi-generational drycleaning businesses, and in Part 2, we looked at some of the steps owners can take to make a transition successful. Today, we’ll see how planning in advance can set up the next generation of leadership for success.

All in the Family

There’s a distinct advantage when it comes to passing down a drycleaning business rather than putting it out on the open market — especially given the state of the economy in the past few years.

“You’re dealing with someone you know,” says Richard Ehrenreich, principal drycleaning consultant and business broker for Washington, D.C.-based Ehrenreich & Associates LLC. “When you go out to sell your business, you are competing with every other business in your town and region. You’re looking for someone who is going to invest their money, and you’ve got to be able to present yourself better than every other business.”

When passing the business to the next generation, Ehrenreich says this transaction can be more personal.

“When you’re going into a succession, hopefully, you’re training somebody from a young age,” he says, “and you’re going to be able to keep your corporate culture and continuity, which is important for your staff and your customers.”

When it comes to being a multi-generational business, Monika Manter, vice president and a fourth-generation leader at Balfurd Dry Cleaners in State College, Pennsylvania, believes there is a clear benefit: The process of transferring control isn’t an alien concept.

“Being a fourth-generation business, my dad and my grandfather have always done a great job with thinking about succession,” she says. “What that looks like, what they’ll need and how to make sure it doesn’t negatively affect the business.”

Having that succession plan in place is crucial to multi-generational success, Manter says — even if it might make for some difficult decisions.

“Our family has an unpopular belief that you need to choose one child to be the boss,” she says, “and I know that’s hard for businesses that have multiple kids involved. My grandfather had seven kids, though, and he left 100% of the business to my dad. He had seen other businesses implode when siblings were partners.”

Fortunately, that choice didn’t come into play when it was Manter’s turn to step up.

“I have an older sister who worked for a short time in the business and decided that it wasn’t for her,” she says. “She has a different career now.”

Living in the Present, Building for the Future

Monika Manter, vice president of Balfurd Dry Cleaners in State College, Pennsylvania and the fourth generation of leadership in the company, believes the only way a business survives long enough to become multi-generational is if it is flexible and can adapt to changing conditions.

“I’m in a fortunate position that all three of the generations before me were forward thinkers,” she says. “Our business started in the 1920s as a small tailoring and pressing shop, and each generation continued to add services, and the business evolved based on our customers’ needs and wants.”

Manter’s father and grandfather added a linen rental service — which now makes up the bulk of Balfurd’s business — after seeing a home drycleaning machine at a trade show in the 1960s. While the machine never made a dent in the industry, that willingness to change the business model was baked into the company’s DNA.

“They brainstormed and came up with the linen service division because they wanted to stay in business — even if that business was different from what they were doing at the time,” Manter says. “They’ve always tried to look forward and ask, ‘How can we evolve our business?’”

Manter found that the mindset of trying new things was a gift when the pandemic hit.

“We always say that we’re going to try some things, and we’ll hit some homers, and we’ll have some strikeouts,” she says. “But regardless, the evolution of our business will stem from being action-oriented. We follow the philosophy of ‘creative destruction,’ where you can’t be so emotionally tied to how you do business today, or your business will be obsolete. Once you stop providing value, that’s the end of your business.”

Ehrenreich shares the opinion that it’s also not enough to just keep doing what the prior generation did.

“A good family business is like an airplane,” he says. “If you don’t keep flying, you’re going to crash. Businesses have to keep growing, looking for different markets and finding ways to do things in a more productive manner.”

Part of the evolution at Balfurd is that, as the company grew — it now has about 130 employees — the role of leadership had to change.

“My grandfather, up to the time he passed, was working 80 hours a week,” Manter says. “He just loved being at work. As he came up, we were a much smaller company, so he had to be involved with everything because we didn’t have a lot of managers.”

As Manter’s father took his place, he found that “hands-on” management had its limits.

“Dad saw the importance of surrounding himself with strong managers,” she says. “I started very hands-on, but in the last few years, I’ve tried to remove myself from the day-to-day things. Our company has just gotten too big, and I would be putting out fires all day long. That’s just not a great use of my time.”

To fight the temptation to get involved in every facet of the business, Manter moved her office out of Balfurd’s main facility and into a drop store.

“That allowed me to remove myself,” she says. “It’s given me a lot of freedom to work on strategy and special projects, and think how we can make some big changes to our business.” 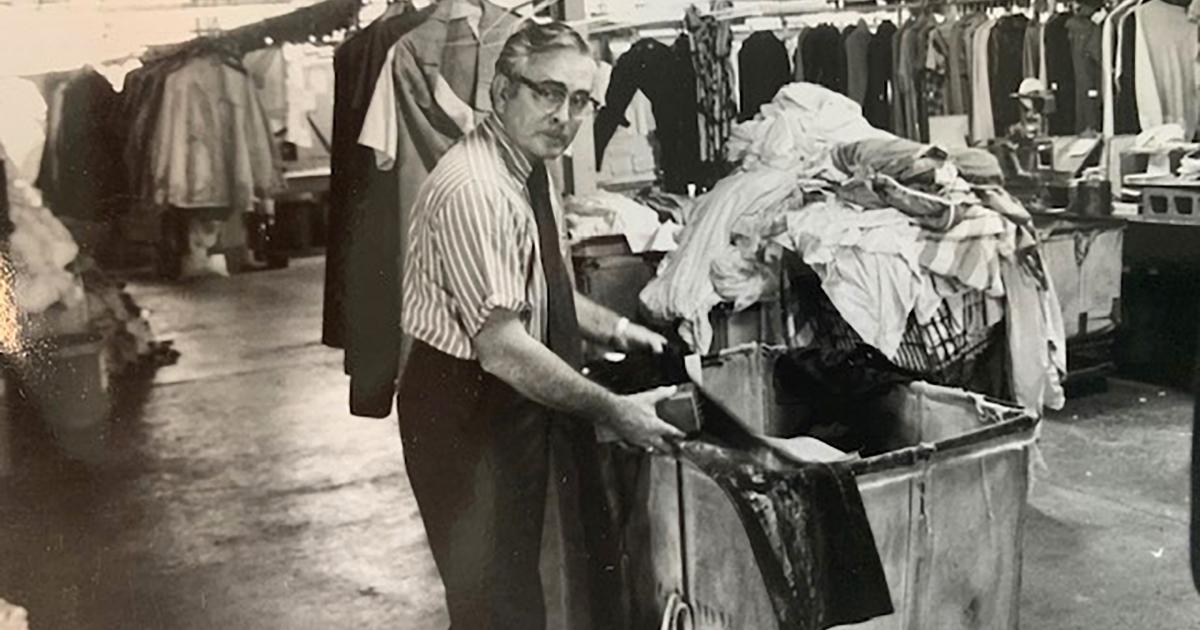