CHICAGO — Mistakes are inevitable in businesses like dry cleaning — but they don’t have to be disasters. How a cleaner handles a situation will often be the difference between having an unhappy customer and actually increasing that customer’s loyalty to the business. In Part 1, we examined how dry cleaners can better set expectations, and how much autonomy the front staff should have when it comes to dealing with customer claims. Today, we’ll look at the best tool all dry cleaners have when it comes to mistakes and disagreements with customers.

Brian Butler, president of Columbus, Ohio-based Dublin Cleaners, says that the key to handling customer claims, and defusing potential arguments, is calm, clear, quick communication. Also, having detailed information can be helpful. Years ago, Dublin Cleaners installed a bar-code system that keeps detailed records of the items coming in and out of the store. “That gives us a great position of objectivity,” he says.

When a longtime customer made a claim about a shirt, for instance, Butler was prepared to make it right but did a little research to determine the replacement price.

“We looked it up and told him that we had cleaned that shirt 67 times over the years,” he says. “When we asked him what he thought it was worth, he told us that, if he had it in our store once a month for six years, he had gotten full use out of it, and it was probably fully depreciated.”

Having a liberal claims policy, however, doesn’t mean that a dry cleaner shouldn’t track its restitution history. Butler’s company has the ability in the point-of-sale system to flag customers who might be taking advantage of the system.

“I can only think of a couple of times where I’ve said, ‘Enough is enough,’” Butler says. “We had one guy come in and make six claims in two years.” While none of the previous claims were large, the sixth was for a sport coat the customer claimed was worth $900.

“I called him and said, ‘If you really believed we had caused all six of these problems, you would have quit us long ago because you would have deemed us completely incompetent, the same as the rest of the market because you would have to assume your experience wasn’t unique.’ Five times already, we’ve fallen on our sword to keep this relationship alive, but we’re at the point where it’s not worth keeping it alive.” Butler told the customer that, no matter what the situation, he would not be writing him any more checks.

This “line-in-the-sand” stance worked: “He’s still a customer today and has not asked for anything else,” Butler says. “You want to treat fair but be treated fairly.”

“You know, 99% of the people aren’t trying to get one over on you, and the ones who are, it’s OK,” says Peter Blake, executive director of the North East Fabricare Association (NEFA), the South Eastern Fabricare Association (SEFA) and the Mid-Atlantic Association of Cleaners (MAC). “It’s not a life-or-death situation. Don’t let it change the way you view things. Giving somebody free cleaning is not the end of the world. If there’s a tear, a broken button or something that might have happened at their home, but they believe it happened in your store, listen to them, let them explain their case, and then ask, ‘How can we make this right?’ That’s a great starting point for whatever discussion you may have.”

“There’s an old saying that ‘It may not be your fault, but it is your problem,’” says Trudy Adams, principal of Blue Egg Consulting. “How many times have you paid a claim for a lost item and you knew that the customer picked it up, or it’s not in your place? And then, maybe a week or two later, the customer calls you or comes in and says, ‘You’re never gonna believe it, but I found those pants in my closet. I’m so sorry.’ It’s happened to everyone that I’ve ever worked with. It’s just part of the customer experience.”

Come back Thursday for the conclusion of this series, where we’ll examine how to best handle your company’s online reputation. For Part 1, click HERE. 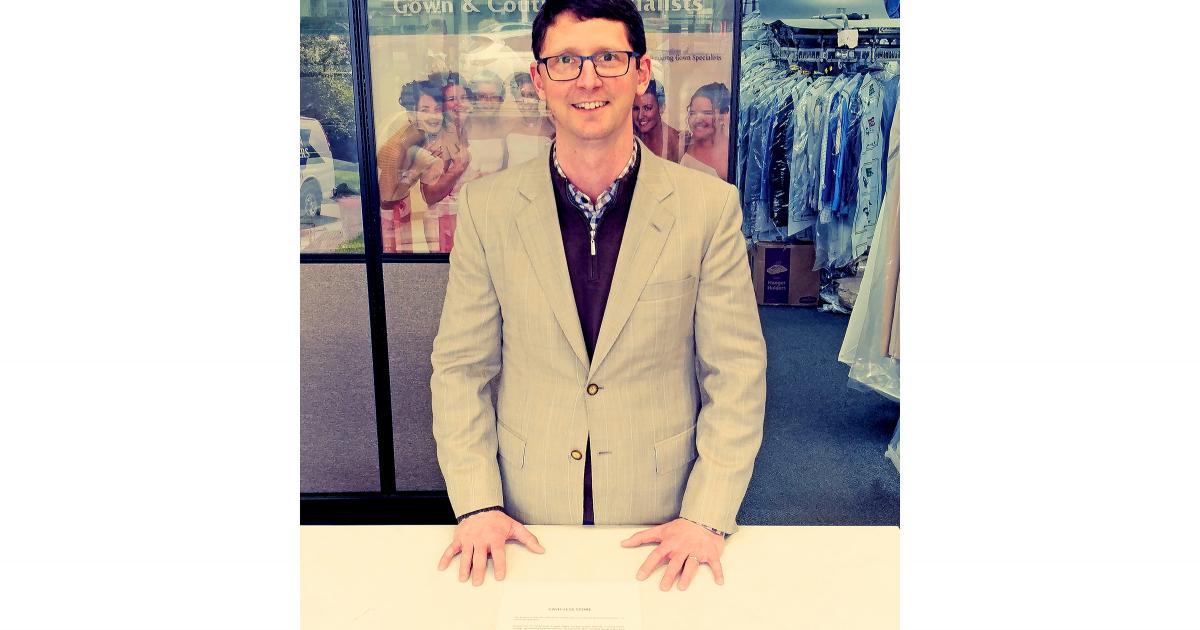 Brian Butler, president of the Columbus, Ohio-based Dublin Cleaners, believes in giving his counterpeople the latitude to work with customers and make claims right whenever possible. “When it comes to claims, I’ve told them, if it’s a ‘maybe,’ then it’s a ‘yes,’” he says. (Photo: Dublin Cleaners)