CHICAGO — James Peuster believes that keeping a drycleaning business’s staff motivated, trained and happy is one of the primary responsibilities of the company’s leadership.

Peuster, CEO of The Route Pros, an industry consultant and the owner of 21st Century Dry Cleaners in Kansas City, Missouri, says that there are 10 areas that owners should consider when creating a productive — and appealing — work atmosphere, and he shared these during a recent webinar sponsored by the Drycleaning & Laundry Institute (DLI).

In order to make the most of these tips, however, Peuster says that an honest assessment of how things truly are at the company is crucial to making positive change.

“This is where you have to evaluate your current situation to see if you’re getting the most out of your staff,” he says, “whether that’s productivity, efficiency or accuracy.

(For the first five tips, see Part 1 of this series.)

One of the tools Peuster uses with clients is to ask a team member the top five expectations of their job, and then ask their direct supervisor the same thing about the employee’s position. “I’ll look at the two lists, and it’s amazing how often the two aren’t even close,” he says. “It’s not about being 100% accurate, but it shows where everyone is at. If they are way off, it shows that there are no defined expectations — everything is just assumed.”

Peuster has found that this lack of communication about expectations can reverberate throughout the company. “Without defined expectations, you get frustration and conflict,” he says. “What we’re trying to do is establish that level of accountability where, hopefully, the employee is self-accountable — they know what’s expected. That way, we don’t have to deal with repercussions. We don’t have to deal with who’s responsible for an action because they know their job.”

7. Entertain — Building an atmosphere where people want to work is the hallmark of a successful company, Peuster says. This can range from having fun after-work events regularly to letting staff members listen to music (when that wouldn’t distract from the job). One of his clients, Peuster says, has a basketball goal, and staff members periodically play “Horse” to see who’s going to clean or maintain the van.

“I hate it when I go into a plant and see things like ‘If you don’t clock out, you don’t get paid’ signs,” he says. “Come on — threatening signs don’t make it fun to work there.” The goal, he says, is to create an environment where staff members wouldn’t have a problem referring friends to work at the company.

“If they like working at your plant, when you ask them to raise their game, they’re going to do it,” Peuster says.

8. Extras — From time off to recognition to tickets to sporting events, providing team members with surprises or other “extras” can be profoundly motivating, Peuster has found.

“Anything extra will increase the chances of your staff going the extra mile,” he says. “If you want to get more out of your staff, find what motivates them. One of the things we have is a huge wall calendar for requested time off. When we have our one-to-one meetings, we’ll talk about it and find out what they need to get done to make that happen, and they get it done — it’s usually elevated work.”

While providing extras for your staff might cost some time or money, this is an area where some investment will pay off with a happier, more productive staff. “I think this is one of the biggest reasons why dry cleaners struggle because they don’t get creative in this area,” Peuster says.  “They don’t think about it. They might try something, give up too quickly, and go back to negative world.”

With his own staff, Peuster provides employees with a chance for a three-day weekend whenever possible. “I don’t have employee turnover because of that,” he says. “They will raise the roof on a Thursday if they can create a three-day weekend. They love it. So, get creative with this. A lot of times, it’s scheduling.”

9. Elevate — ”This is where you give the employee a chance to grow within the company,” Peuster says. You give them a chance to move up. With growth, there’s opportunity.”

While some staff members might be happy with the status quo, others want to know they’re not in a dead-end job. Peuster has found that, during exit interviews, many former employees leave a business because there wasn’t that opportunity for growth. “Sometimes, there might not be instant opportunity,” he says, “But you’ve got to look at it from your employee’s perspective. They’re investing time, and you’re investing money. And so, their time they want to return on investment, of that time that they’re putting in.”

Part of this is, again, keeping open lines of communication. “I recently spoke with a staff member during a one-to-one meeting, and the guy asked ‘Where do you see me next year?’” Peuster says. “So I asked him to write down three future expectations, and I wrote down three expectations. One of them matched almost to a tee, so we decided to focus on that.”

The recent challenges presented by the pandemic, in many cases, also gave staff members the opportunity to step up and show that they were ready for more responsibility. “Those that rose to the challenge should have been elevated,” Peuster says. “If they keep growing, they’ll recruit good people to help us grow, as well.”

10. Educate — Higher-level education and training shouldn’t be an option just for owners or managers, Peuster says. With industry events starting to make a comeback, and online webinars and other opportunities available, options for continuing education should be shared with staff members, he believes, for the good of both the employee and the business.

“I get discouraged when I see an educational opportunity and there are no staff members attending,” he says. “There’s no reason why they shouldn’t be there. They’re going to learn more to earn more. They’re going to want to grow, and they’ll see that this is a good thing.”

Peuster sent three of his employees — ranging in seniority from “seven years to seven months to pretty much seven minutes,” he says — for additional training. “All three of them came back fired up,” he says. “And it wasn’t just about what they learned; it was the fact that we were willing to invest in them.”

By learning more, either through outside courses or in-house training, Peuster says they can then “graduate” to higher positions — ones that make more money — and the business gets a better trained, highly motivated team member. “It goes back to ‘Elevate,’” he says. “Invest that time.” 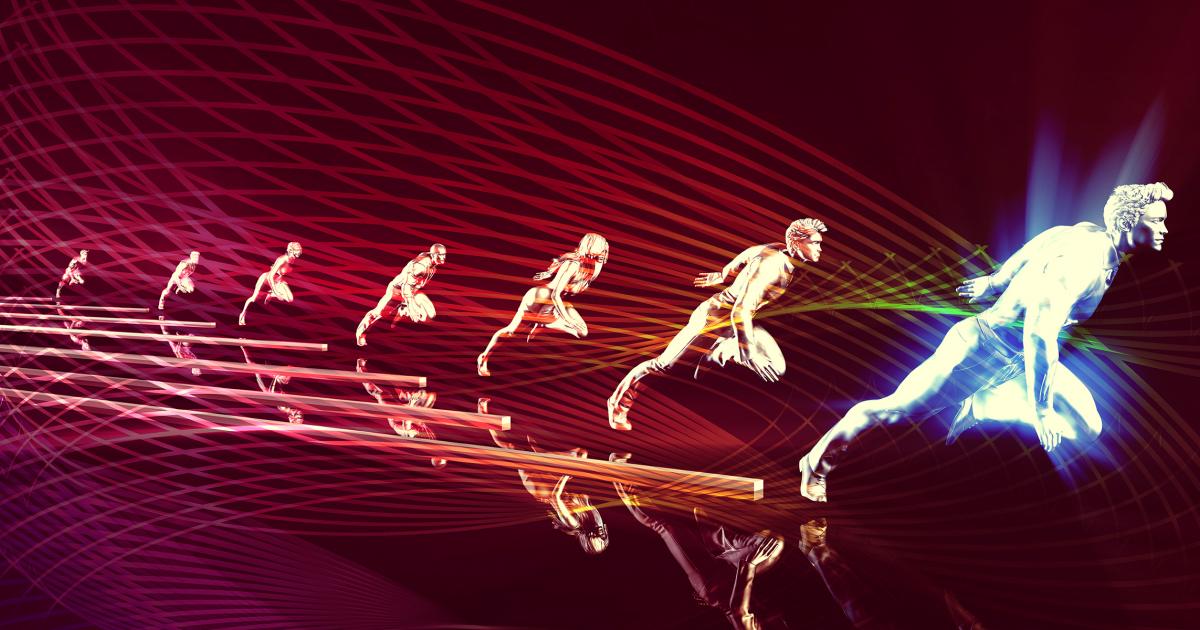