In Part 1 of this series, we examined options that touchless technology can provide to dry cleaners, and today we’ll look at how cleaners can integrate this new tool into their companies.

As with any new consumer-facing technology, there will be those who immediately adopt the new method and those who are more hesitant. Steve Arnold, partner and general manager of Classic Cleaners, a 17-store chain in Indianapolis, has found that instructions need to be clear and available to clients.

“It’s an ongoing process to educate customers,” Arnold says. “There’s signage within the stores that says, ‘Start here at the kiosk.’ The kiosk itself has signage, and we also created a video that plays in the lobby to help instruct people how to use a kiosk when we aren’t attended. And then, when a customer comes in and we know they’re new, and we’re attended, our person will go up and show them how to use it. On all this, we stress that it’s really simple to use.”

“I see touchless options similar to ATMs,” says Frank Dubasik, director of U.S. operations for Metalprogetti. “There’s nothing more personal than your money, and it took quite some time for consumers to accept using a machine to manage their money. I’m 61, and I specifically remember that I would not consider using an ATM for a long time. I see this the same way.”

“From my experience with affiliates who have put in touchless systems within the last 10 years, we’ve learned that you have to be prepared to commit,” says Christopher White, executive director of the consultancy group America’s Best Cleaners (ABC). “Prepare for anywhere from 60 to 90 days, or even longer — you’ll need to have an educational component to show your clients how to use it.”

Before teaching customers how to use the new machines, White says, it’s vital that the company’s management understands the technology, and then trains the client relations representatives who will interact with the customers.

“Perhaps allocate an additional person during those peak times to spend the time with people and let them really understand and feel comfortable with it,” he says. “Typically, once you do that, you gain a lot of traction. But there is a learning and educational component that you have to plan for, and it’s probably a lot longer than most dry cleaners would expect or want to commit to. But it’s necessary. There becomes a tipping point — this ‘aha’ moment when the critical mass gets it, and you don’t need to be so diligent about it.”

Carlyn Parker, director of operations of Dependable Cleaners in Boston, agrees with White’s advice, seeing the results in her own store.

“For the kiosk, it was having a dedicated person in the store every day who believed in the kiosk and knew the system top to bottom — they taught everybody how to use it,” she says. “We still teach people today, and we’ve had it for almost four years. But people like technology.”

Many dry cleaners base part of their business model on providing their customers with personality and great customer service. While touchless systems might be more efficient, many cleaners believe that the personal touch might get lost in the transition.

“The feedback from customers has been generally positive,” Arnold says, “and it’s mostly about the aspect that they can get their clothes any time. There have been a few negative comments, and most of them have been that they’re worried about their favorite customer service person and not being able to talk to that person. For our situation, we’re always going to be attended. I know that some other dry cleaners have talked about trying to set up a non-attended site, but we feel like we need to be attended to take care of customers’ questions.”

“I was in the store one day when it was closed, but I walked out and saw a customer,” Parker says. “I told him I could help him, and he said, ‘No, no, I like this better.’ And I said, ‘OK, great!’ Especially during the pandemic, people gravitated to the touchless system and learned it much faster than they would have pre-pandemic. They learned from the grocery stores and from Uber and Instacart. It made it so much easier for us to have our touchless systems at the same time.”

“One of the biggest misconceptions for cleaners is that they assume all their customers want the personal touch,” says Brett McLeod, president of Garment Management Systems, a kiosk and automation producer based in Little Rock, Arkansas. “I recently spoke with one of our clients in Atlanta, and her opinion is that, for customers under 50, their desire for the personal touch is minimal. I think cleaners have a history of assuming that what was important 10 years ago is still important today. They’re not very good at letting go of the past and changing the way they do business to be more profitable given the current climate.”

“Most cleaners look at drop boxes as a way to keep better time with their customers,” says Matt Kool, owner and president of Iowa Techniques, a manufacturer of drop-box systems located in Hutto, Texas. “They’re looking for any way that separates them from the guy next to them, so this is another tool they offer. A certain number of customers are going to take advantage of this, while other customers really want to spend time talking with the folks at the counter.”

“If you’re smart about how you manage it and look at when clients do come in, you could still have a human there,” White says, “but I think the loyalty aspect comes into play when you’ve made it so easy and convenient for them to get their work done by you. They’re saving their time, and that builds loyalty. You’re there for them 24/7. And then, when you complement that with route pickup/delivery service, you’ve created an ideal scenario for the customer to have the most convenient and seamless opportunity to do business with you.”

Frank Dubasik also believes that touchless systems can help dry cleaners avoid pitfalls that they might not have considered.

“If you have a counterperson with a good personality, you have good sales,” he says. “What happens when that person leaves? You’re going to take a hit on your revenue. With a touchless system, your income is tied to technology, not personality. When you’ve taught your customers to use this type of system, a change of staff really has no effect on your revenue.”

Rather than eliminating jobs because of touchless systems, Parker says they’ve allowed her to make the most of her team’s efforts.

“Instead of cutting employees, we move employees to different spots where we need them,” she says. “We haven’t found huge labor savings, because we’ve been able to add on some extra services for customers and do extra things for them. We’ve upped our quality with those same employees, so we didn’t lose any people for it.” 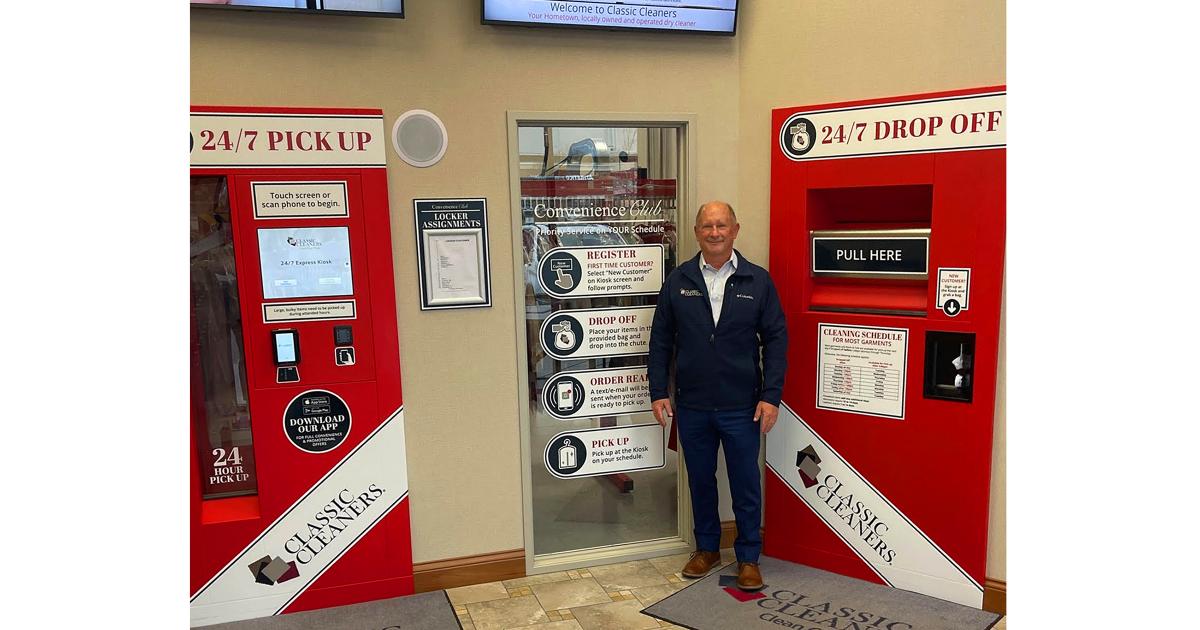 Steve Arnold, general manager of Indianapolis-based Classic Cleaners, knows that providing clear instructions is key to getting his customers to use his touchless systems. “It’s an ongoing process to educate customers,” he says. (Photo: Classic Cleaners)