CHICAGO — Let’s begin by stating that this is not the award we wanted to give. In the strictest definition of the word “impact,” however, there was only one choice for 2020. When an occurrence establishes a demarcation — where times are described as “before” and “after” the event — its impact is undeniable.

So, it is from this perspective that American Drycleaner recognizes the coronavirus pandemic with its 2020 Publisher’s Impact Award.

The drycleaning industry has seen economic downturns before, to be sure, but there is one significant difference between those past challenges and this one: The global pandemic was brutally fast. As communities went into lockdown in spring and then again in late fall, business for dry cleaners simply vanished.

While it didn’t have to shut down in the way other businesses did during lockdowns — cleaning is considered an “essential” service — the cleaning industry keenly felt the fallout from society having to shelter in place. With nowhere to go, the demand for drycleaning services largely disappeared overnight, leaving owners scrambling to cover rent, payroll, equipment loans and other financial obligations.

To explore the effects that the pandemic has had on the drycleaning industry, we asked a group of industry experts to discuss its impact. We wanted to know what specific steps owners can take, both immediately and in the future, to not only survive the pandemic but to come out of it stronger than they were when it began. While their in-depth answers follow, their advice boils down to three simple words:

The Impact Felt Around the World

“Unlike other downturns the industry has experienced in the past, this one was quick,” says Mary Scalco, CEO of the Drycleaning & Laundry Institute (DLI). “It felt like falling off a cliff. Things were fine one day, and the very next day, cleaners were down 70% to 80% or more. It was that dramatic. Unfortunately, we thought this would last a couple of weeks, or maybe a couple of months. At the time, no one realized it was going to last the entire year.”

“We didn’t have widespread ‘stay at home’ orders in 2008,” says John Silverman, president of Tschopp Supply Co., speaking of the last major recession. “The housing downturn caused unemployment, which hurt our industry, but now that people can’t go out, go to bars and restaurants, have big weddings or other reasons why they might get dressed up, it’s been devastating for dry cleaners. It’s been much worse than the Great Recession, but hopefully it will also be over quicker.”

Much like the effect the virus has on the human body, exposing underlying health issues that might have been ignored or undiscovered in healthier times, the economic effect of the pandemic brought to light the vulnerabilities in many businesses. The effects of inefficiencies, poor business practices and actions that should have been taken long ago suddenly surfaced and were impossible to overlook.

This new reality has caused many dry cleaners to reassess their business model and strategies, evaluate their existing storefronts’ viability, and offer new (for them) choices for their customers, such as wash-dry-fold and route services.

“It comes down to two words: diversification and consolidation,” says Wesley Nelson, president of equipment manufacturer Sankosha USA. “The current crisis has made it necessary for dry cleaners to diversify to maintain and improve their income stream, and it has also accelerated an industrywide consolidation that had already begun before the pandemic.”

“This has really pushed some cleaners to step outside their comfort zone,” says Nora Nealis, CEO of the National Cleaners Association (NCA). “Many are asking, ‘What can I do that I might have dismissed before?’ I recently spoke with a cleaner who offers an on-site disinfection service. He’s generating about $1,000 per week from that service. Pre-pandemic, he might have turned his nose up at that. Post-pandemic, it became an important source of revenue.”

Marketing — something that the industry is often accused of avoiding — is another avenue dry cleaners are exploring to connect with their customers.

“Many cleaners were hesitant to do email, Facebook, social media...,” says Peter Blake, executive director of the North East Fabricare Association (NEFA), the South Eastern Fabricare Association (SEFA) and the Mid-Atlantic Association of Cleaners (MAC). “For example, we’ve been telling them for five years to collect email addresses. Even if they don’t use them for mass marketing, they should at least have a way to get a hold of their customers. This pandemic accentuated the fact that you need to have as many communications vehicles as possible. You’ve got to think about what the consumer wants. You’ve got to operate on their terms, not on your terms.”

Consumer behavior has always evolved as demographics shift, population centers move and customers’ day-to-day needs change. However, in the past few years, this evolution shifted into high gear as online interactions and expectations began to change the game. Then, as some cleaners were still trying to learn the new rules, the pandemic came, flipped the board over and scattered the pieces.

Working from home, online transactions, touchless payments and a host of other developments left many cleaners scrambling to find their place in this strange new world. Those who become — or remain — adaptable to the changing needs and desires of a newly tech-savvy customer base have a much better chance of surviving this pandemic and thriving in its aftermath.

“Tech-resistant customers have adapted to the convenience of remote transactions and self-service,” says Diana Vollmer, managing director of Ascend Consulting Group and a longtime American Drycleaner columnist. “They like the ability to use apps 24/7 to get their needs met. They are no longer eager to make a trip or a phone call to get information. Cleaners who have made an aggressive effort to expand their options to their existing and potential customers are going to keep clients wanting the new services, such as RV and boat fabricare cleaning.”

Scalco believes convenience is the keyword for the modern consumer.

“This pandemic put a focus on family, friends and lifestyle,” she says, “especially at the upper end of the economic scale. People say, ‘We can farm this out and let somebody else do it for us so we can have more time to spend on the things that we want to enjoy in life.’ I don't think anybody has ever said that doing laundry is enjoyable.”

Blake agrees with this sentiment: “You can mow your own lawn,” he says, “but how many people have a company that comes out and does it for them? They don’t want to take the two hours it takes to do it. This desire is what the cleaning industry has to seize upon.”

Adding new options to make up for declining services is also a way to maintain a relationship with existing clients.

“You will see more and more people working from home and not dressing up for work,” says Kelly Kelleher, vice president of Kelleher/Casares Equipment, LLC. “We will see a decline in dry cleaning because there will be less need for it. I think it best if the dry cleaner adds services such as fluff and fold to their business. After all, the casual clothes that people are working in from home still need to be laundered.”

However, Fred Schwarzmann, CEO of A.L. Wilson Chemical Company, isn't sure work-from-home availability will be as big a factor as we move past 2020.

“My own thinking is that more people will return to the office than will not because there are cultural advantages to working collectively, and the technology that supports remote work isn’t going to replace that face-to-face experience,” he says.

He also points out that many of the people able to work from home weren’t all big drycleaning customers in the first place.

“Many of the people working at big tech companies, for example, were more ‘wash and fold’ customers to begin with,” he says. “They like the convenience of that, but they were never going to do a lot of dry cleaning. The folks who need to work in offices are eventually going to go back, and they’re going to go back dressed.”

When restrictions are finally lifted, and people are able to mingle again, some of the stresses dry cleaners have faced will also start to lift. In fact, Nelson believes, the needle may swing in a much more positive direction.

“I expect — I hope — that there will be a boom in travel and events, as there is and will be a tremendous amount of pent-up energy when this is all over,” he says. “The Roaring ’20s followed the last pandemic in the early 20th century, and I expect this to be no different. There will be an influx of dry cleaning as a result, with fewer dry cleaners to benefit.”

Check back Thursday for Part 2, where we’ll look at how some cleaners navigated the challenges of the pandemic crisis — and possibly increased their market share. 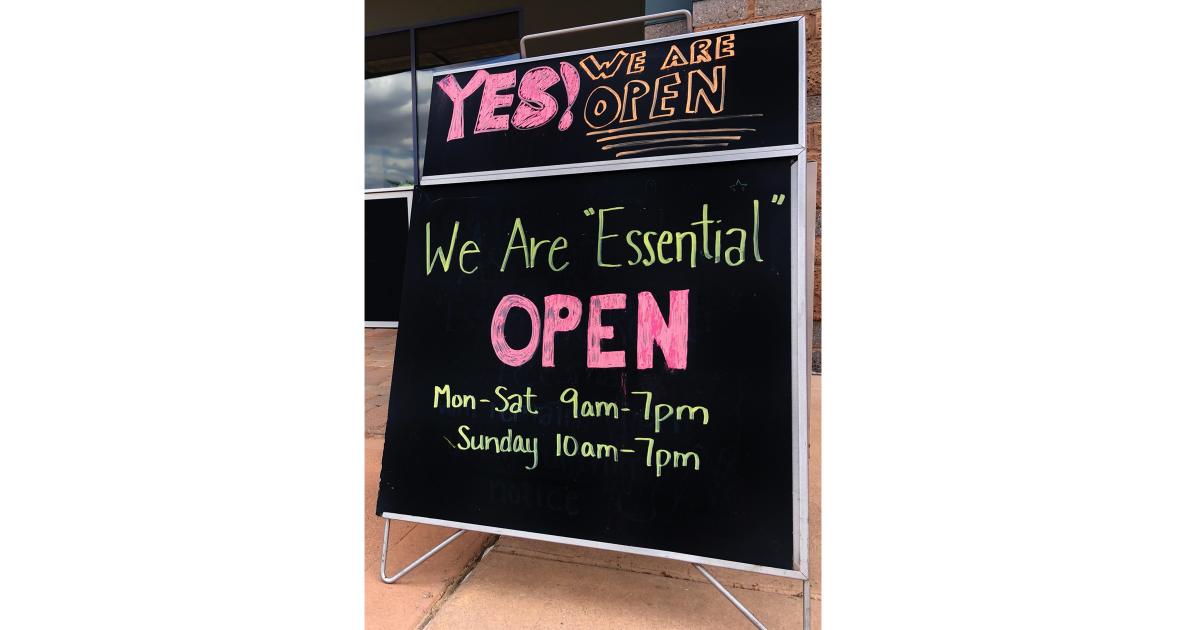