CHICAGO — Doing the job of dry cleaning and working to increase sales are two different skill sets. Often, cleaners focus on the garments already in the store and let the task of bringing in new clients fall to the wayside. During a webinar sponsored by the Drycleaning & Laundry Institute (DLI) earlier this month, James Peuster, owner of The Route Pros, said that the sales element should never be overlooked.

Moving on From the Past

One of the common elements Peuster says is holding cleaners back is the belief that things will return to the way they were. “There are a lot of people still holding on to 2019 as if that was going to come back,” he says. “It’s not going to get back there the way it was, or, if it is, it’s not going to be anytime soon. We have to move forward.”

This belief of “getting back to normal” does the most damage to a cleaner’s attitude, Peuster says, because it robs them of something they’ll need to grow their business into the future: hope. He sees this often in online interactions. “People get on forums and just share negativity,” he says. “You might as well move on because that negativity is going to disable you; it’s going to paralyze you. I posted on a forum asking people if they were prepared for growth because there are a lot of people who are experiencing some nice upticks and were getting excited about it. So, I posted that and got absolutely lambasted by some. It’s because they’re not moving forward and moving into a place to prepare themselves for growth.”

Building for the Future

Peuster defines business development as the result of marketing and sales efforts. To grow a business, the owner needs to perform both tasks. “It’s been like this even before COVID — everybody wants that magic pill, or that secret, to grow their business the easiest way,” he says. “If it were easy, then it wouldn’t be a secret, and it probably wouldn’t work. We’ve got to find that competitive edge, and that’s why you have to do sales and marketing — not sales ormarketing.”

While Peuster sees marketing as the “faith and hope” element of a comprehensive strategy — it’s vital for cleaners to have faith that they can grow their business and draw attention for bringing customers in — the sales aspect is where the work ultimately creates the results.

“Sales takes discipline, hard work, commitment and, probably the No. 1 thing, a positive mindset,” Peuster says. “A lot of people put sales efforts on autopilot, and it just doesn’t work. Get a business development plan that includes marketing and provides tools for your salespeople to succeed.”

You cannot run an effective sales program “every now and then,” Peuster says. “It takes patience to have a sales program. The hard part is just doing it — making the commitment that we have to stick to.”

The positive mindset is the fuel that keeps a sales program running, even when the results are slow to appear at first, Peuster says. “We’ve got clients who have been around for years, and that positive mindset is the ‘secret’ ingredient. They know there’s going to be negativity out in the field. They know that their business or route development manager is going to have a bad day or a bad week. They always try to bring them back up.”

One of the ideas about sales that holds back many owners is how intense the activity should be. “When they think of sales, many picture highly aggressive salespeople,” Peuster says. “That’s not what our industry is about. Selling is about building relationships, trust and education. If you look at sales as aggressive, you’re going to be sorely disappointed and discouraged because there’s going to be more rejection than successes. One sale out of 20 can be a success story. That’s why a lot of people struggle with sales. The mindset of sales has been misinterpreted for a long time.”

Peuster says that the traditional sales mindset has been to always be delivering a strong sales pitch — “let’s go out there and see if something sticks” — but in 2021, that notion has to evolve. “Stop the sales pitch after 30 seconds and then start a conversation,” he advises. “A conversation is a two-way street. Sometimes salespeople are just super aggressive and talk way too much.” In his experience, Peuster says he talks about 20% of the time in a sales situation. “I let the prospect do most of the talking — that’s how you create a strong relationship.”

Another mindset adjustment is to moderate your expectations. “We think our central objective is to close the sale,” Peuster says. “We think we’ve got to get a new bag or a new customer every time. That’s not the case. Really, the secret to sales, especially in 2021, is to discover whether or not the potential client is a good fit for our business.” If a customer’s location is outside of a cleaner’s standard routes, for instance, getting their business could actually make for a bottom-line loss for the cleaner. In the depths of the pandemic, many cleaners took any and all customers — which in some cases wasn’t a great strategy. “You can’t lose money doing business, and that’s a mistake I’ve seen dry cleaners make forever.”

Come back Thursday for the conclusion, where Peuster points out one of the greatest assets cleaners can use to increase their route profits — but often overlook. 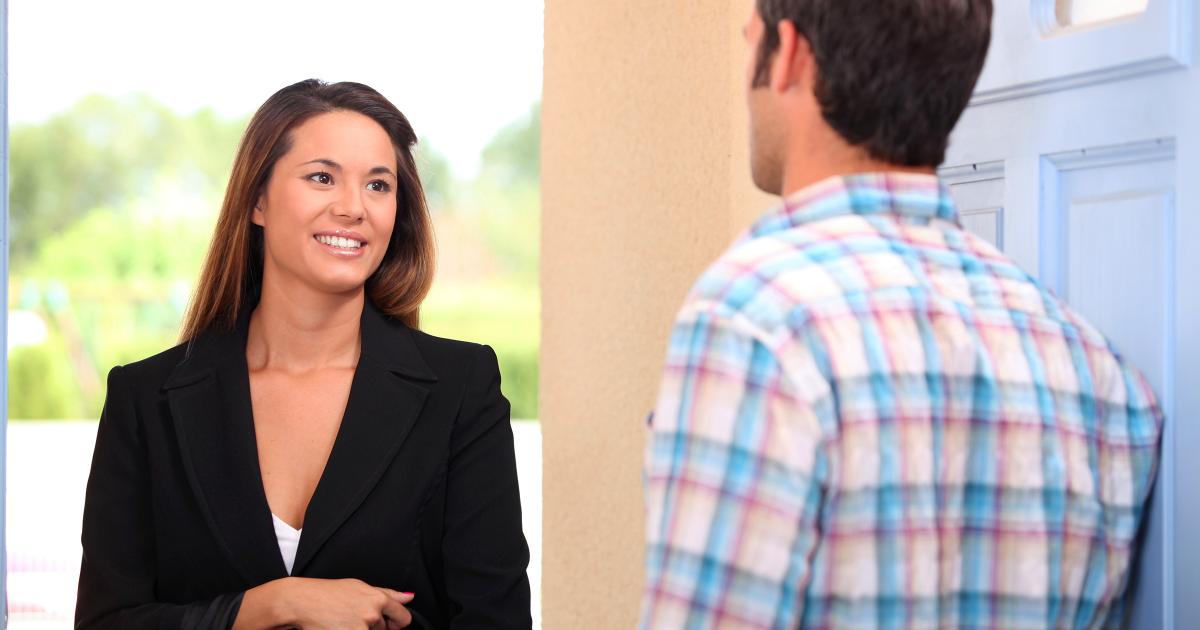