CHICAGO — A new year often means a fresh start, but for dry cleaners who have faced challenge after challenge for years, and especially since 2019, many may feel apprehensive as we open 2023. Their simple question: What’s next?

While experts believe we still face some of the effects brought on by the pandemic and evolving customer habits and demands, there are reasons to feel optimistic that the new year will shine brighter than the old.

Clouds on the Horizon

As we enter January, one thing is certain: There are a lot of unknowns in the coming months.

“While there are going to be different challenges, the big question is what’s going to happen with the economy,” says Mary Scalco, CEO of the Drycleaning and Laundry Institute (DLI). “Dry cleaning, in some respects, is dependent upon disposable income. What happens with that?”

While an unsteady economy is a headache dry cleaners would certainly rather avoid, Scalco says at least it’s a familiar one.

“It’s certainly a much different challenge than what we faced coming out of the pandemic,” she says. “The economics are something we’re a little more used to — we’ve faced this before. I think, in 2023, the loss in the industry will have stabilized. I think we’ll be done with the shakeout. Those plants that are left are stronger, so they’ll be able to weather that. And, again, it’s a familiar situation — it’s not a drop off the cliff as with the pandemic.”

The biggest difference between the start of 2023 and where we were in the beginning of 2022 is inflation, says Holly Wade, executive director of the National Federation of Independent Business (NFIB) Research Center.

“Over the last 12 months, inflation has become an enormous challenge for small-business owners,” she says, “with one-third of owners reporting that it’s their single most important problem right now compared to 18% 12 months ago.”

And, while the recovery from the economic depths of 2020 was welcome, it also added a few twists and turns to the roller coaster many business owners were on during 2022, says economist Chris Kuehl, managing director of Armada Corporate Intelligence.

“If you go back a year, you were dealing with really rapid growth in 2021,” he says. “Companies were a little surprised at how fast things had rebounded in ’21, but they knew that it was going to slow down in ’22. They didn’t want to load up a lot more inventory or expand too fast. When you compare that to now, it’s almost reversed.

Unlike the dark days of the pandemic, the difficulties that might be coming in 2023 are things for which cleaners can better prepare themselves to face, Scalco says.

Cleaners can plan, she says, “by making sure they position themselves well so that if there is an economic downturn, they’ll be ready. It’s the same thing we’ve been talking about since the pandemic — and even before that. I remember cleaners would always say to me, ‘Well, you should fight to bring back the suit, and fight to make people dress up.’ I said, ‘How about you fight to clean what they wear, and to become a convenience?’”

This preparation requires dry cleaners to adopt a different mindset — and share it with their customers.

“Everybody’s perfectly capable of mowing their own lawn, but hardly anybody does,” Scalco says. “They hire a lawn company, because that company can do it better and quicker, and you can get back to other things. We can do all their wash and dry cleaning, as well as cleaning their households, so much better than they can. So, I think sometimes the biggest hurdle is in your own mind. You have to believe that’s what you are. You’re not just there for their Sunday best — there is no more Sunday best. I think our industry challenge is getting that message to consumers and making sure consumers don’t just think about us as ‘suit-and-tie’ kind of people.”

Cleaners should also prepare for economic volatility in the coming months, just to be safe, and examine their own business models to make sure they are protecting their profit margins.

“Inflation should ease up over the next few quarters due to aggressive rate hikes by the Federal Reserve,” Wade says. “However, those actions will likely lead the economy into recession territory. Small-business owners will need to adjust again to changes in consumer spending if that occurs. Unfortunately, this is not new territory for most small-business owners having to adjust operations over the last two years through waves of business restrictions and general spending shifts by customers.”

“Labor and energy cost increases will put tremendous pressure on net profits,” says Christopher White, executive director of America’s Best Cleaners (ABC), “thus forcing cleaners to lose money or finally realize they need to price their services according to a ‘cost-plus’ profit model and not a ‘fear of lost revenue’ model. We have historically underpriced our services and defined value in our own minds instead of letting the customer define value. Do not react to the few clients who are price-conscious and focus on the clients that appreciate what you execute for them weekly.”

While the next few months may be difficult, some economic indicators are now showing that, if a recession comes, it might be short-lived.

“It does appear that inflation pressures have peaked, and that is good news,” Wade says. “Gas prices have fallen from June when a gallon of gas reached $5.02. And so far, consumer spending remains generally strong despite higher interest rates and a lot of talk about a pending recession.”

“A lot of the data is pointing toward what amounts to a recovery by late second quarter or early third of next year,” Kuehl says. “So, if that holds, a lot of the studies now are saying that we’re going to go through this dip for about a year — basically, in the last two quarters of 2022 in the first two quarters of 2023 — and then it starts to turn. The good news is there’s light at the end of the tunnel that is not an oncoming train. If we can get through the next couple of quarters, things should start to turn.”

Come back Thursday for Part 2 of this series, where we’ll examine the “new normal” — and if we’re there yet. 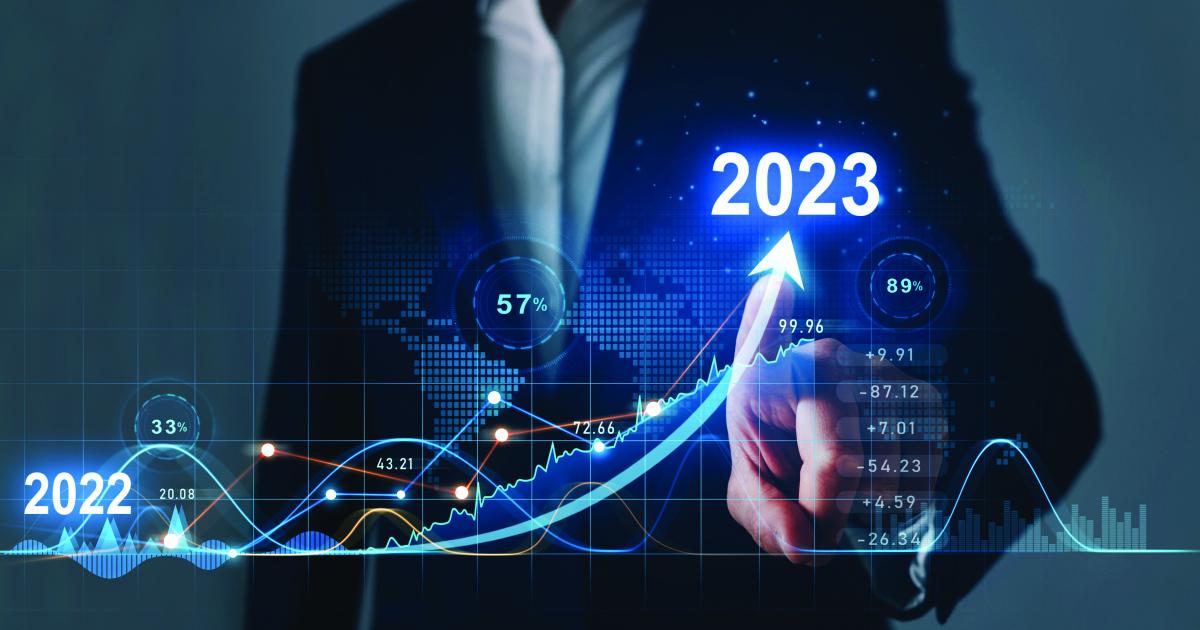