ALLISON PARK, Pa. — When leading a team, transparency and communication are the tools needed to pull through difficult times. This was the theme of many of the answers given in the fifth installment of the Leadership Forum conducted by America’s Best Cleaners (ABC).

The six-part monthly forum, conducted via Zoom, brings industry leaders together to discuss methods they have found valuable in guiding their teams through both the pandemic and the challenges it has generated.

“I have to come in with a positive attitude that we’re going to get through this,” says Kermit Engh, president of Fashion Cleaners and the managing director of Methods for Management, but he also wants his people to know the real challenges they are facing. “Part of that is keeping people informed as to what’s happening with the business — and what’s happening around us — so that there are no surprises. I think that it’s incredibly unfair if your employees don’t know what’s going on, and then, all of a sudden, one day, things are not the way they used to be. So, we’ve kept people informed. We keep the sales numbers on the whiteboard. Numbers don’t lie.”

Dianne Lee, CEO of JSK Companies, also feels transparency with her team is vital, as well as preparing for a realistic future — and not the one you simply hope will appear. “The forecasting made it real, and we took that very seriously,” she says. “So even though we seemed like ‘Debbie Downers’ in March when there were no closures going on in the entire Maryland, Virginia or DC area, we were realistic. We didn’t try to sugarcoat anything. We told them, ‘These are the hours that you’re probably going to be getting, and these are the opportunities that we have — you can step up.’ And, since we do have a few other companies, they were able to jump to other sectors and help out during the holiday season, which was busier. We were fortunate in that way, but communication and transparency was just key.”

Keeping the lines of communication open is especially important for teams whose lifeblood is in networking. “It’s challenging, without a doubt,” says Kurt Wickiser, vice president of Seitz, The Fresher Company, Inc. “We have weekly meetings with our people in the field. With some of these guys, I have a hard time holding them down. Safety is a big concern and, early on, a lot of our customers didn’t necessarily want us in their facility, for good reason. They were just being safe. Our team needs that constant attention and constant communication. Otherwise, they’re out there feeling left alone, and that’s the last thing we want.”

Finding Ways to Join Together

Because of lock-downs and travel restrictions, industry trade organizations have been forced to figure out new ways of communicating with their members. “We’ve been trying to shift gears and pivot because we’ve lost a whole year of regional trade shows,” says Leslie Schaeffer, CEO of the Textile Care Allied Trades Association (TCATA). “That was devastating for not only the associations but also the manufacturers, suppliers and for networking.” Virtual events, such as the 2020 Fall Fest Expo that was organized by several industry associations last November, helped to fill the gaps. “That event exceeded our expectations,” she says. “It was five afternoons, and it was fun!”

While the event was educational, Schaeffer was surprised by the reactions to the break-out rooms held after the day’s programming. “We would open up the virtual rooms and just let them chat,” she says. “People were craving this. They want us to bring this back.” There are plans, she says, for a shorter event in the Spring, with another Fall Fest Expo planned for 2021.

Building Rather than Shrinking

While 2020 was a year of retraction for many, Dave Coyle, team leader and owner of In The Bag Cleaners and Maverick Drycleaners, believes the time is ripe for expansion efforts. “We know that roughly 20% of our clients give us 80% of our business,” he says, “and we want to make sure we appreciate that 20%, even if their numbers are down right now from what they are bringing us. But the bigger opportunity is actually going after our competitors’ 20% because the fact of the matter is that most people in our industry view marketing or relationship building as a cost, rather than as an investment. What do we do when times get tough? We reduce costs.”

Coyle has actually upped his marketing budget to build his client list. “For me, this has been the perfect time to go after my competitors’ top 20%. We’re investing in clients that we want as our target clients.”

This mindset of never staying still is something that Lee strives to maintain within her businesses, as well. “Our motto has always been that sales and hiring must never die,” she says. “This is our goal, even during the pandemic, every single day. For the first four months of the pandemic, we did sales, including Sundays, to hotels. We were able to see general managers who we would never have had access to before because a lot of their employees were furloughed. This allowed us to have face-to-face opportunities with them.” Lee’s companies also hired part-time employees to meet new demands. “For 2021, we’re going very aggressive in sales — and we’re really focusing on the hiring, as well.

Looking to the Future

With 2020 behind us, businesses need to determine what their vision of a successful 2021 will be. “We’re going to be back on our growth plan and patterns for profitability,” Engh says. “We’ve restructured and resized, and I think we’re poised for this year and next year very well.” As for the competition? “I focus a little less on what other people are my market are doing,” he says. “I figure that, if we know what we’re doing, and we stay focused, we’re going to be fine.”

And what does a successful 2021 look like for Wickiser? “If we get back to 2019 numbers, I’ll be happy,” he says. “Everybody coming through healthy and safe? That would be a successful 2021.”

The final installment of ABC’s Leadership Forum will take place on Feb. 10, 2021, at 4 p.m. EST. For more information, to view replays or to register for the free Forum, visit the Leadership Forum’s webpage. 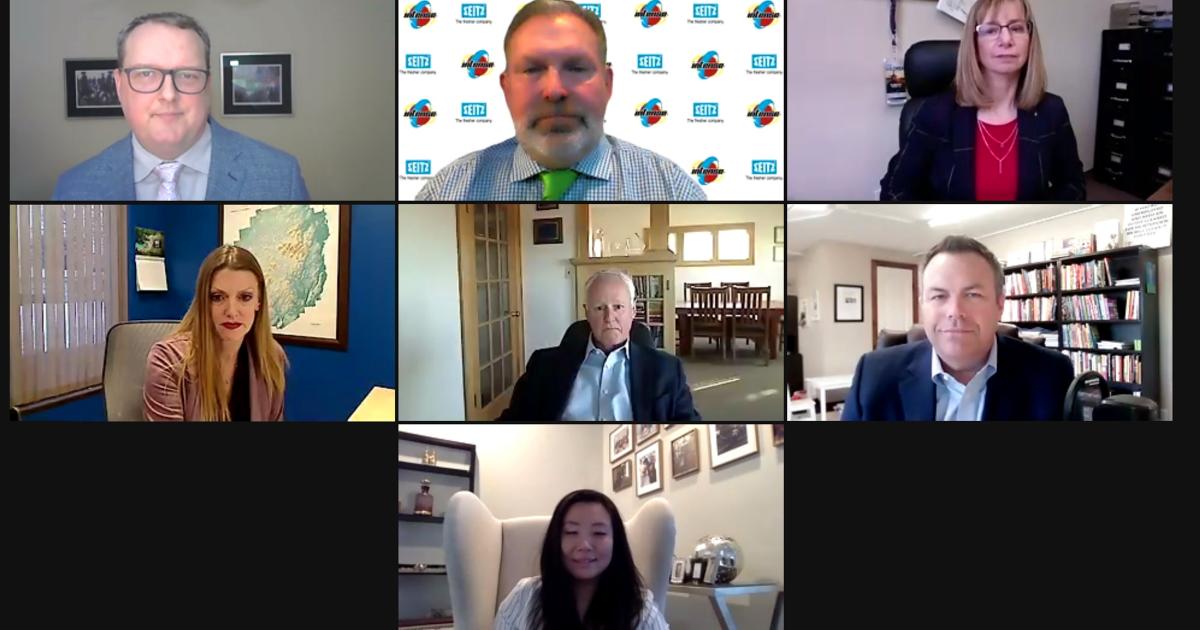