CHICAGO — Every opportunity counts in these challenging times, and cleaners who pay attention to the appearance of their store have an advantage over those who don’t. In Part 1, we examined the concept of curb appeal and how it relates not only to drawing customers in, but also providing for their safety. This time, we’ll look at other ways dry cleaners can attract attention in the best way.

SIGNS OF THE TIMES

The most visible aspect for many companies is the sign on the front. This design element is the introduction that a cleaner can make to those passing by. Those who pay special attention to the visibility and attractiveness of this vital element of their marketing can set themselves apart from the competition.

For Diamond Laundry and Cleaners in San Jose, California, a billboard on the business’ property attracts the customer’s attention, just as it has for decades.

“We’ve had offers from the beginning of the business to buy space on that billboard,” says Jason Burton, who now operates the family-owned company, “but it’s always been refused.”

Diamond Laundry, started in 1931 by Burton’s grandparents, is located at an entryway to downtown San Jose, and the wooden billboard is a landmark for locals. “It’s important in that sense,” Burton says. “There’s a history here.”

The board, featuring a character named “Miss Careful” — based on Burton’s grandmother — has been updated and refreshed throughout its existence. Still, time had caught up to it over the past 20 years, nearly putting an end to the iconic sign.

“The artist who touched it up, and did the majority of the San Jose billboards, passed away while updating our billboard and didn’t get to finish it,” Burton says. “My grandma refused to let anyone else touch it up or redo it.”

However, earlier this year, 97-year-old Mary Jane Burton relented and allowed another artist to renovate the sign.

“We got it restored almost exactly how it was, with only minor updates,” he says. “That sign is important because it’s been there so long. It can’t go down.”

While Diamond's billboard is a classic take on storefront signage, most cleaners use illuminated signs to gain their customers’ attention. These signs used to be neon or lit by fluorescent tubes. Recent advances in LED technology, though, have given store owners more options than ever in this crucial area.

“I believe that when it comes to signage, that bigger is better,” says Charlie Jones, the owner of 24/7 Dry Cleaners of Frisco, Texas. “LED signs and lights not only offer a tremendous reduction in energy consumption — thus making it cheap to advertise — but they also offer a better and brighter quality of light.”

Also, because LEDs don’t use tubes, these signs are lighter and thinner, cutting down on installation costs and offering more installation options. Add to that the ability to control individual LEDs separately — allowing flashes, fades and other animation options — and it’s easy to see why LED signage is the choice of many retail businesses across the nation.

This type of signage can be a double-edged sword, however, if the company’s owner doesn’t keep up with routine maintenance.

“Nothing detracts from curb appeal and professionalism faster than burned-out lights and signs,” Jones says. “When a valuable piece of equipment breaks in your store, you move quickly to repair or replace it. The same should hold true of your lighting.”

Jones brought up a cautionary tale he regularly sees on his way home: “There’s a cleaner by my house that has had part of their signage burned out for the past four years,” he says. “It’s usually dark when I pass by it, twice a day, and every day I see ‘Y LEANERS’ spelled out. The ‘DR” and the ‘C’ are burned out. I’ll bet that the bad curb appeal has cost him an untold amount of money through the years.”

To read Part 1, click HERE, and come back on Tuesday for the conclusion, where we examine how to increase your curb appeal when you don't have complete control over your store's appearance. 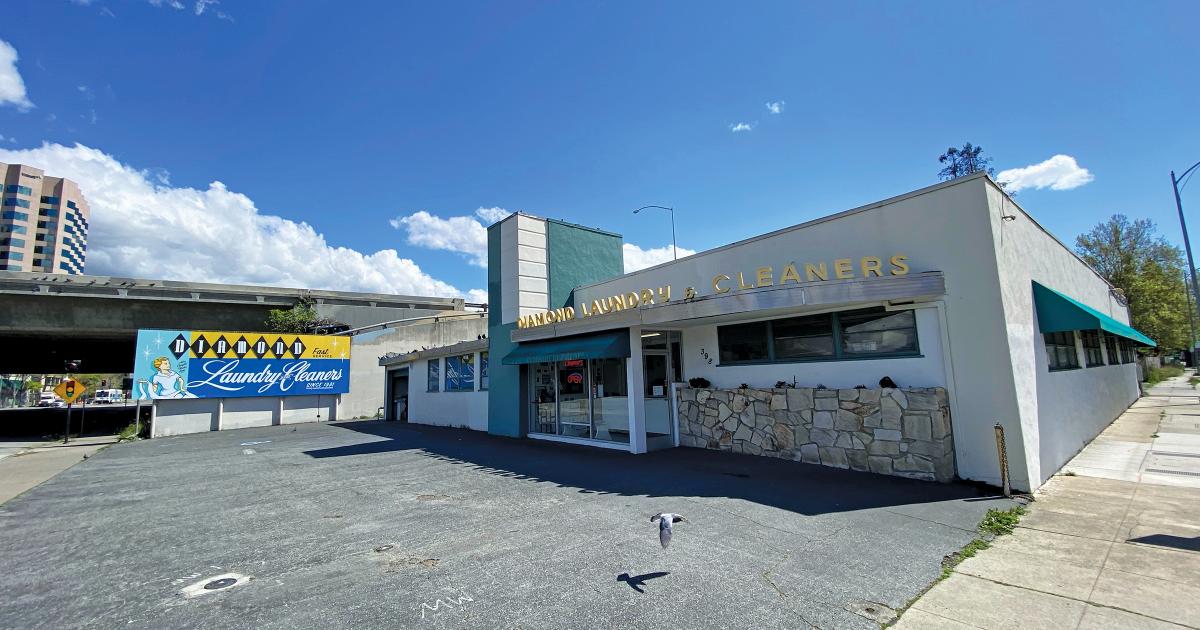 Diamond Laundry and Cleaners maintains a billboard on its property, serving not only as an advertisement but as a landmark to an entryway to downtown San Jose, California. The billboard fell on hard times in the past two decades, but Diamond operator Jason Burton recently had the sign refurbished to appear as it did decades earlier. (Photo: Diamond Laundry and Cleaners)