CHICAGO — Today’s businesses run on data, and dry cleaners are no exception. Customer lists, point-of-sale systems, marketing efforts and some equipment used in cleaning clothes rely on computers and the information they hold.

Some cleaners, however, treat their computer like a “black box,” not wanting to spend time getting to know about this crucial piece of gear that their company requires to run. Worse, if this valuable data isn’t backed up, their business can be massively damaged if disaster — either natural or manmade — strikes.

This was the subject of “Practical Things You Should Be Aware of About Computers and Backup,” a recent webinar sponsored by the Drycleaning & Laundry Institute (DLI). Leading the discussion was Chris Birk, chief information officer at American Stationery. Birk has worked and has strong family ties in the drycleaning field, is a certified garment care professional and longtime DLI member. He was joined by Brandon Chance, head of IT at American Stationery, and Lucas Bowman, American Stationery’s head of website tech.

Birk and Chance recently presented a webinar on various cyber threats facing modern businesses and ways to increase computer security. Here, they returned to present one of the most essential tools in the data recovery toolbox — having dependable backups.

Before getting into the mechanics of creating and maintaining a good data backup schedule, it’s good to understand the different types of devices used in storing the data in the first place.

Hard Disk Drives (HDD) — This type of drive is the one most people think of when “hard drives” are brought up because they’ve been around since the 1950s, although they’ve massively grown in power, speed and storage capacity since they were first developed. This type of drive consists of spinning metal plates — the fastest spin as high as 15,000 rpm, which give the computer that familiar “whirring” sound — that have read/write heads that float on top of the magnetic surface.

The pros of HDDs are that they are the most inexpensive drives available and can hold the most data — currently, the largest HDD can hold up to 18 terabytes (TB). They are also highly reliable. The cons include that, because they rely on physical media spinning, they are also the slowest drives on the market, and they require more power to operate than newer drives. Their moving parts also generate heat.

Solid State Drives (SSD) — Instead of using spinning metal disks to hold data, SSDs operate using memory chips, similar to the way thumb drives work. They require no moving parts at all. Because of this, their read/write are muchfaster than HDDs, and they can allow the computer to reboot quicker. They weigh less and require less power to operate. Because these drives are newer than the HDDs, but use the same form factor and connections, users can replace HDDs with faster SSDs and bring new life to an older computer. “An SSD is a great way to speed up a slow computer that you just quite aren’t ready to get rid of,” Chance says.

There are some drawbacks, however. First, SSDs are more expensive than HDDs, especially when considering larger storage drives. Also, these drives can have a lower life expectancy than HDDs. “The more times you write to it over and over, the quicker you’ll wear it out,” Birk says. “On a typical desktop, you’re not going to wear the drive out. But, say, you put it into a mail server that is constantly writing, you’ll wear one out.” Birk has found that one way to alleviate this is to buy a drive with a larger storage capacity than you initially need. These drives will recognize when one area is worn, and write data in a fresher area.

Non-Volatile Memory Express (NVMe) Drives — These are the newest type of storage drive and are faster than even the SSDs. Like the SSDs, they use memory chips rather than physical disks, so they have many of the same advantages, such as lower power usage and less heat build-up. They use a different form factor than HDDs and SSDs, however — these drives require a special slot on the computer’s motherboard that only newer computers have — so they cannot directly replace the older drives. They are also more expensive.

No matter what type of drive you have, there’s one thing that Chance urges users to keep in mind: “It’s never a question of if a hard drive fails,” he says. “It’s a question of when it fails.”

Come back next Tuesday, where we’ll examine what you’ll need to guarantee your recovery in the event of a data disaster. 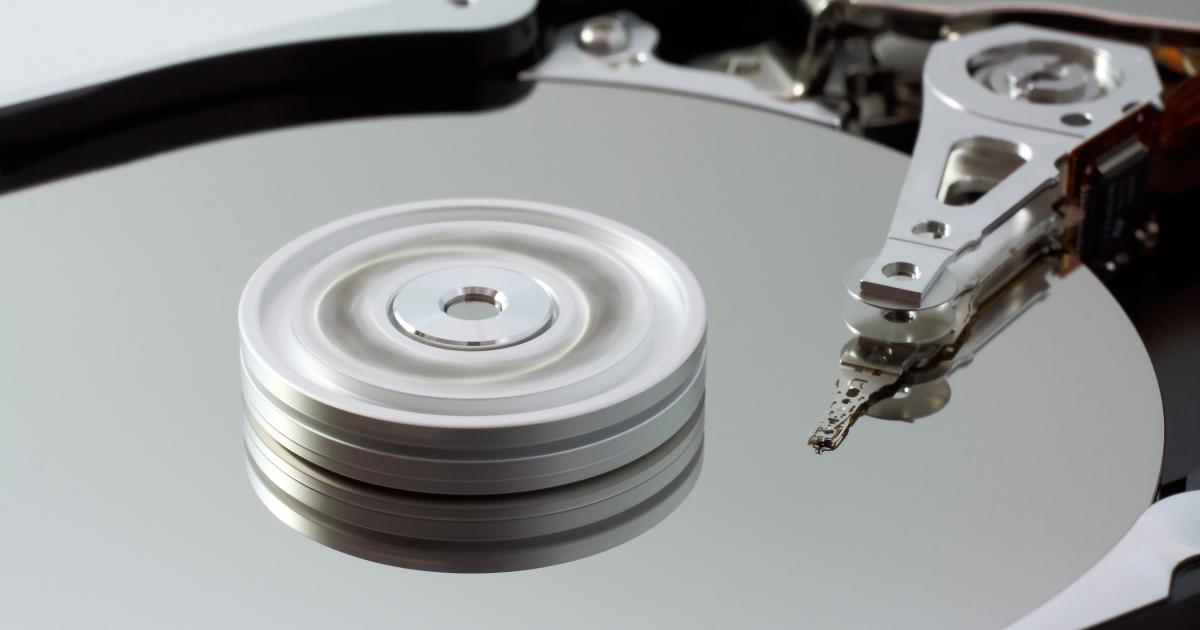