Time marches on, demographics shift and what’s worked before starts to have shrinking success. Cleaners who aren’t actively trying to add younger customers to their client base are limiting their future revenue — and possibly the future of their very business.

In Part 1 and Part 2 of this series, we’ve examined why it’s so important for cleaners to understand what younger customers are looking for when they come in with their garments, and for the conclusion, we’ll explore ways cleaners can connect with this all-important demographic to keep growing for the future.

One habit that has changed over time is the way younger adults want to interact with companies. Many don’t have the same need for human contact as older generations do and may actually prefer the efficiency of an online-only relationship with their cleaners.

“Over the years with the tech revolution, I’ve noticed that people don’t really want to call,” says Rechelle Balanzat, CEO and founder of the New York City-based dry cleaner JULIETTE. “Either they want to text, or they want to request the pickup through the app.”

“The younger generation has shorter attention spans,” says Bobby Patel, owner of Kona Cleaners in Orange County, Calif. “They don’t need you to talk to them; they’d rather you not talk to them.”

He has added 24-hour kiosks and drop boxes to his business to facilitate the customer’s experience and believes this type of non-interaction is only going to become more typical.

“It’s going to be more automated,” he says. “There will be customer service representatives (CSR) available part-time, but otherwise, we’re moving toward more kiosks and lockers. Even though the CSR is there, these customers tend to go straight to the kiosk, scan their phone, retrieve the garments, and they’re on the way. So, I think that’s what a store looks like in the future.”

One of the challenges this brings up is preserving customer loyalty without that face-to-face interaction.

“The only way to keep that loyalty is to maintain constant communication,” Patel says. “They don’t like emails, so that means communication via texting or an app. If there is a problem, it needs to be taken care of swiftly. That, and providing the value they want, will keep them loyal.”

Patel has found that customers brought up in the internet age often equate the image of a store—both online and in real life—with its perceived quality, so cleaners who want to make inroads with this generation need to take that into account.

“I would start with the brand,” he says. “You can have a polished social media campaign and website, but if you don’t start with your brand up front, with the basics—the logo, the colors, and so on—it’s going to be a waste of money. They’re not going to select you. When the customer walks in, they want your store to match with what they saw online. Many dry cleaners look like they came out of the 1980s, with the color of their counters and lobbies covered with old, faded posters. We have to look the part.”

Part of that image is also the way information is displayed in the store. “The younger generation is more visual,” Patel says. “They like videos; they don’t like a lot of text. We use digital screens in our lobbies that show the services we provide.”

Think About the Future

If staying current—much less getting ahead of the curve—seems daunting, you’re not alone. Even though she started in the industry with a cutting-edge app, Balanzat still feels the pressure.

“The evolution of the industry as a whole and this move towards technology, it’s actually becoming increasingly difficult to keep up with the times,” she says. When I came into this space in 2014, I thought what I was doing was so cool—and I still think it’s super cool. But, as technology becomes even faster and the younger demographic is increasingly using it, you get the sense of being spread thin. There’s so much going on in the digital marketing space with new platforms that younger people are using. It can be difficult as a business to stay relevant and connect with them as those platforms keep evolving.”

While it might be impossible to keep up with every new trend that captures the younger demographic’s attention, the important thing is to do something to connect with them today.

“You’ve got to get out of your comfort zone,” says Jennifer Marquardt, a partner at Arthur’s Executive Cleaners in Buffalo, N.Y., “because what you used to do isn’t what you might always be able to do. These are your future customers.” 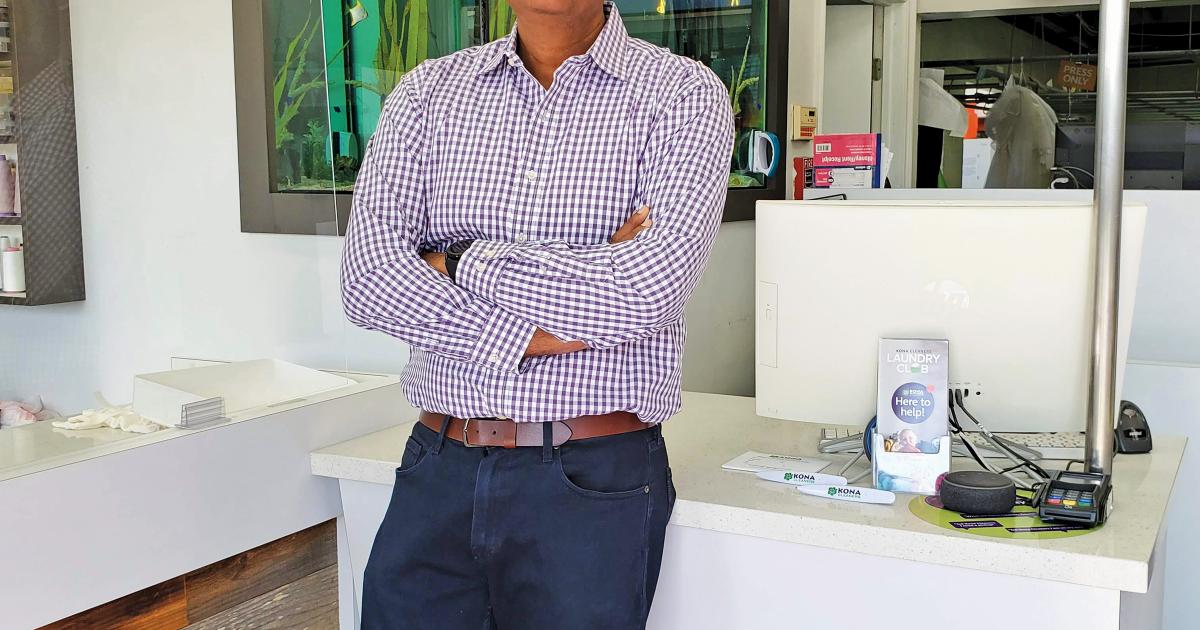 Bobby Patel, owner of Kona Cleaners in Orange County, Calif. and a founder of the marketing firm BeCreative360 has seen his customer base shifting towards a younger demographic. He believes this group of customers under 35 now makes up more than half of his clientele. (Photo by Kona Cleaners)