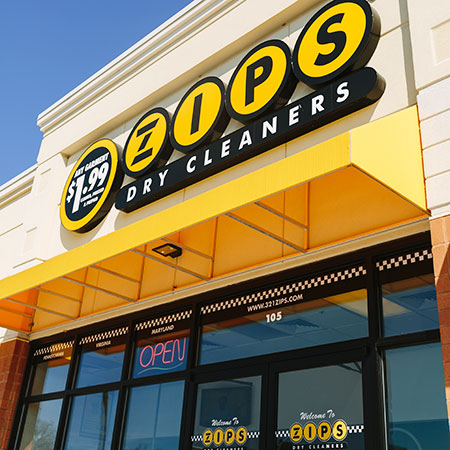 GREENBELT, Md. — ZIPS Dry Cleaners, a franchise known for its same-day, one-price business model, has officially signed leases for its next four stores, the company reports.

The new stores, all of which are expected to open in the coming months, will be located in California, Texas, Maryland and Pennsylvania.

“We’re incredibly excited to be bringing our one-of-a-kind services to new parts of the country,” says Aaron Goldberg, vice president of development for ZIPS, “and becoming the place where residents, families and professionals alike come for their drycleaning needs.”

The latest lease signings come at a historic time for the prospering franchise, according to the firm.

“It was a busy, but exciting, month for us,” points out Goldberg. “In addition to expanding our operations throughout the Mid-Atlantic where all of our stores are currently located, we are officially set to expand to other parts of the country.”

The company was founded in 1996 and has been franchising since 2006. Its active pipeline stands at nearly 300 stores.

“We are incredibly pleased with our growth,” says Goldberg, “and remain confident that our continued ability to grow is a testament to our revolutionary business model, the strength of our brand, and the loyalty of our customers.”