CHICAGO — “The Mods are coming!”

Echoes of this phrase might be bouncing around in your brain, calling to you from days past. Or from classic television show reruns. Can you envision those 1960s Mod hipsters?

Modacrylic is described as a fiber often used in fake furs, fleece robes, blankets, stuffed toys, and wigs. It is resilient, soft, and warm, and it resists mildew, sunlight damage, and wrinkling.

A modacrylic is a synthetic copolymer, says Wikipedia. “Modacrylics can be easily dyed, show good press and shape retention, and are quick to dry.”

In American Drycleaner’s Spotting Guide, author Norman Oehlke says it is a group of synthetic fibers used in making many imitation furs. “Heat sensitive, it must be given a short, low-temperature drying cycle, under 120 F. Usually no steam finishing or light buck steam only can be applied; dry thoroughly before touching or moving.”

About Mods, Wikipedia notes: “Mods and rockers were two conflicting British youth subcultures of the early/mid 1960s to early 1970s.” It also notes that the mod subculture was centered on fashion and music, and many Mods rode scooters and wore suits.

Some Mods may very well have worn fake furs made of synthetic copolymers. But that’s guessing.

Whether they also wore fleece robes is supposition too, but it was probably hard to drive a scooter with a robe flying up over one’s face. And how cool can you look, after all, ridin’ the slab in a bathrobe? I mean really, Mods, really! 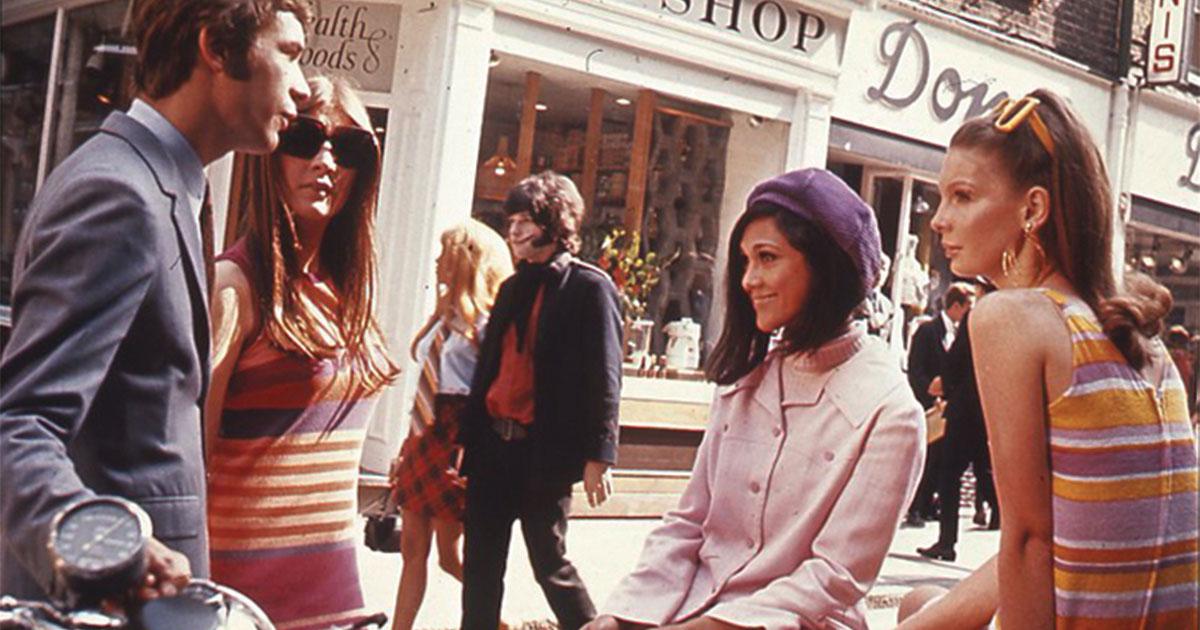