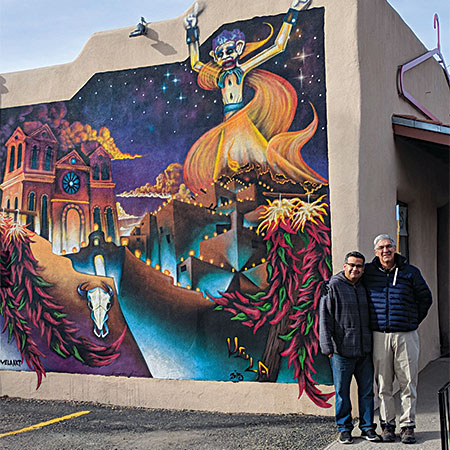 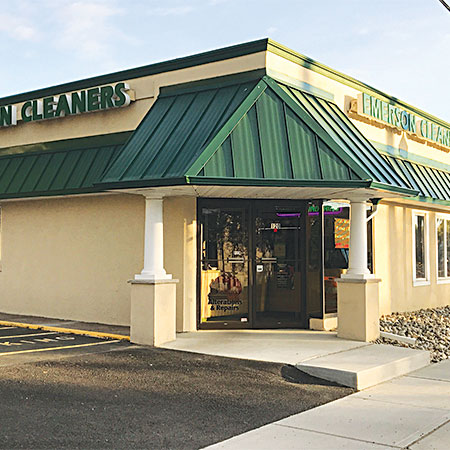 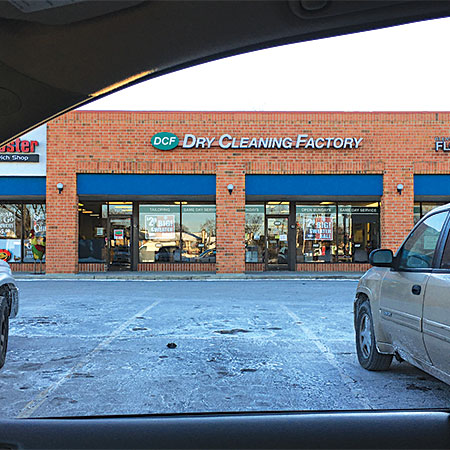 Catch the customer’s eye from the street

CHICAGO — Vaya in Spanish means Wow. Hang onto that thought.

Curb appeal can be defined simply as: You know it when you see it.

And when you see it, you feel it. It may be: funny, clever, cute, cool, stylish, but it’s got to have It.

Many drycleaning owners around the country pride themselves on their unique store look, one that expresses, or captures, what they do, how they do it, and attracts customers to their business.

Let’s hear from three drycleaning owners about the It ingredient that creates their own Wow.

First, we’ll swing on down Southwestern United States-way to Santa Fe, the capital of New Mexico, where Route 66 ambles past, bringing tourists and travelers.

The city’s website exclaims, “Artists and other creative dreamers all bring their culture, talents and experience with them and when they meet Santa Fe’s unique blend of Anglo, Spanish and native cultures against a backdrop of the Sangre de Cristo mountains’ majesty and the spectacular sunsets over the Jemez range — nothing short of magic transpires.”

Upon that “dancing ground” at 647 Cerillos Road, sits a smart-looking, adobe-style building housing a cleaners that draws people to it, sort of like the setting sun or the starry night, not only for the quality of service, but also for the beautiful Spanish-flavored artwork viewed from the street.

Vaya! (Wow) — that mural on the outside wall catches the eye — that’s the first thing.

Then footsteps follow, of people drawing closer. And then comes the smiles, and lastly the hands that hold the cameras and iPhones that click away with joy and local pride.

Customers enter the business to drop off their clothes at the friendly, family-owned dry cleaner called La Única, which the owner says is Spanish for “the only one.”

Manuel Lopez, the owner of La Única Dry Cleaners, says his mom, Julieta, came up with the name. At the time, he points out, they were the only ones there who offered tailoring, and rug, suede and leather cleaning

“My father started La Única Dry Cleaners in 1969 in Santa Fe. I was 16 years old at the time and worked alongside him after school and summers. After leaving college, I became his manager and subsequently the owner,” he relates.

About the curb appeal aspect of his store, he says, “Years ago I installed a giant hanger over the front porch of our building. Our business logo includes a hanger with our name in the middle.”

The imaginative mural is a whole other story, as he relates: “I recently took advantage of a citywide program where kids involved with graffiti were paired with a local artist and encouraged to put their talents to work in a positive way.

“Using only spray paints, a mural depicting various popular characteristics of Santa Fe was painted on my building.

“It has been quite popular for residents and tourists alike. Often people will stop and take pictures of the mural, some even going as far as to set up tripods for their cameras.”

Elements of pride and local flavor aren’t the only things making curb appeal Wow. There’s also being clean, sharp-looking, and modern too.

“I feel a clean, modern-looking storefront is paramount to attracting customers if you are in a retail location. If your business exterior is not kept up to date, then your image will reflect that,” notes Craig Goulian, the owner of Emerson Cleaners in Emerson, N.J.

“I am the third generation in the drycleaning business started by my grandfather in 1903. This is one of many stores and plants my family has owned through the years. We have had huge operations running 24/7 365 with a central plant and as many as 30 drop stores in New Jersey and New York City also serving cruise lines and the military, out of Hoboken, during the war years. We have been in this location since 1986.”

“It’s absolutely key to building and maintaining existing and new customers with an attractive storefront,” he points out. “If they are shopping around, what else would attract them to your location except the look?”

What are some of the challenges that might face owners modernizing their storefront?

Goulian indicates his own challenge had to do with zoning and obtaining permits. “It’s costly because, for every town council meeting we attend, you need to be represented by a lawyer and an architect. Then there are the variances that need to be approved.”

He mentions that the next biggest challenge was getting signed approval, which he terms the most important, yet hardest part of the process. “After two years of negotiations, I was finally able to install an electronic, window-mounted message sign. That was my greatest accomplishment. I was, and am still, the only business in our town to get that approval.

“Customers give us very favorable compliments about our exterior and its look,” he adds. “I feel it’s not only the look but how well the grounds are maintained. They go hand in hand.”

He let us in on a secret to success when designing a storefront: “Get and use a professional architect. They have access and knowledge of products and materials you may not be aware of.”

There are still other elements that go into creating the It factor in your drycleaning storefront, including establishing your identity and knowing your market.

What catches a customer’s eye from the street? Enter Howard Spiro, owner, The Dry Cleaning Factory (DCF), with two stores in Chicago’s Near North suburbs.

“In my former life, I worked in advertising,” Spiro says, “so I really felt a big need to establish and support a distinct brand, including a recognizable logo within the community. Along with brand, we had our call-area designed to be welcoming and able to assist our staff to accommodate the large traffic flow of customers.

“This is definitely noticeable from the street while people are stopped in their cars in traffic. The large windows enable us to promote seasonal specials.”

The DCF, he indicates, was started in 1999 close to its current location as a plant with a retail counter. “We were about 50 feet from the street, with wonderful foot traffic at an intersection with great visibility,” he says.

“About five years ago the State of Illinois reconfigured the intersection and we were forced to relocate the plant off-site. There was a big challenge in keeping our client base as we would lose our prominence in the mall, but with some effort and luck we have been fortunate to keep our clients and continue to grow,” Spiro says.

What about making your storefront give that great first impression?

“Once a new customer is in the door, we’re often asked if we are part of a large franchise, which may at first be a little unsettling as we are constantly striving on the service-side to make people feel as though we are part of the community, which we are,” he relates.

“Now I recognize this as a compliment,” he continues, “as far as first impressions go, because it means that it puts us in the same class as large corporations, which invest heavily in their design, in an effort to convey quality.”

It’s crucial for any retail establishment to initially create a positive visual connection with potential customers. As Spiro points out, “That old saying is still relevant today: ‘You only get one chance to make a first impression.’”

About his customers responding to his storefront look, he says, “People appreciate our simple and clean design. We try to be careful with our advertising in the windows, as I really want folks to see our foot traffic and the constant movement of customers, as this speaks volumes about our establishment.”

Spiro concludes: “Of course location and parking are primary to any effort, but just because you build it, doesn’t mean they will come. That being said, just keep it simple.”

The storefront tips from these three drycleaning owners are to connect with your community, use professionals to design a good-looking store, and keep it simple.

As you finish reading this article, ask yourself, “How ‘loudly’ is my storefront ‘talking’ to the foot and car traffic going past my drycleaning operation?”

The answer is your level of curb appeal. In any language, make sure It says Wow.