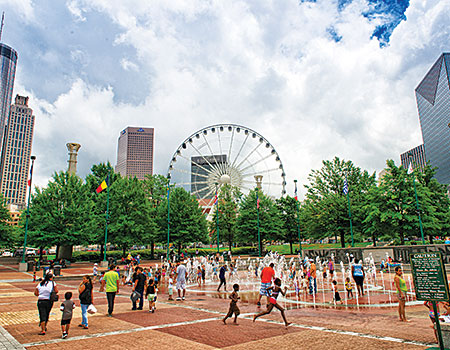 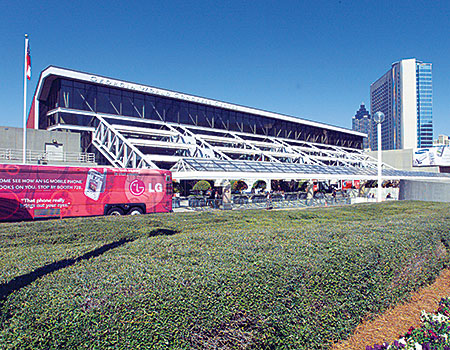 ATLANTA — It’s been nearly 30 years since the Clean Show was last here. Much has changed in the decades since that April 1987 event at the Georgia World Congress Center. And so the folks at show manager Riddle & Associates, in cooperation with the Atlanta Convention & Visitors Bureau (ACVB), arranged for a two-day “media familiarity tour” in November.

I’d visited Atlanta once before, for a Textile Rental Services Association conference staged at Georgia Tech, but hadn’t spent much time sight-seeing. This visit was all about seeing the sights, and the brief time I was in “Hotlanta” has only made me want to come back for more.

But before I tell you about the delightful diversions awaiting attendees away from the exhibition, let me share some details about the Georgia World Congress Center and offer some comparisons between the 1987 event and the upcoming April show.

The World Congress Center opened in 1976 and has undergone numerous expansion projects over the years. Clean 1987 was held in what is now the A building, which has exhibit space covering 340,000 square feet.

One of our hosts, John Riddle, walked us through the common areas of the Congress Center, each of which are connected by escalators.

He was anxious to show us the steam system that had just been installed; the ability to generate live steam on the show floor is a necessity for Clean, meaning that Atlanta had joined Las Vegas, New Orleans and Orlando as the only U.S. cities that accommodate that aspect of the show, Riddle says.

Riddle and Brian Wallace, Coin Laundry Association president/CEO and Clean 2015 chairman, were excited about the upcoming show. When we met the first week of November, the number of exhibitors was approximately 90% of the total budgeted; I don’t know where it stands now compared to the plan, but the Clean Show website lists 358 exhibitors as of today.

If I can offer you just one piece of advice about getting around the convention center, it’s to wear comfortable walking shoes.

There will be free shuttle buses to take you back and forth from the headquarter hotels, those so designated by the show’s five sponsoring associations, and I suggest you take advantage of them.

Public transportation is available through the Metropolitan Atlanta Rapid Transit Authority, commonly called MARTA. In Chicago, I can walk outside our West Loop office and hail a taxi at curbside in seconds. Cabs are not ubiquitous in Atlanta, and in most cases one must call a taxi service to arrange one.

Parts of downtown Atlanta are what I would call “hilly,” and that will become readily apparent if you are staying in one of the hotels east of Peachtree Street; the convention center is west of Peachtree.

One more thing: while it wasn’t ready at the time of my visit, the new Atlanta Streetcar should be up and running by April. It forms a 2.7-mile loop around Downtown Atlanta’s tourism district and offers another means to get around comfortably.

Coming in Wednesday's conclusion: The sights and sounds