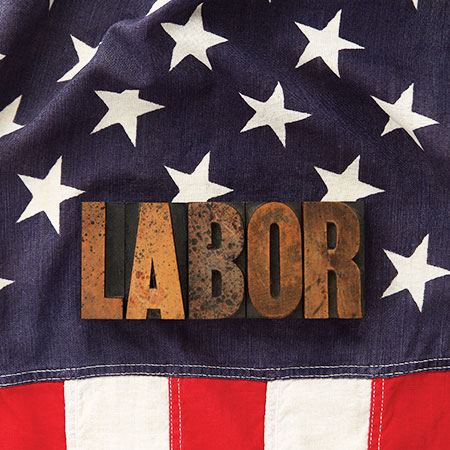 These rules will cut the time between the filing of an election petition and the election to 10 to 15 days from today’s median of 38 days. This means cleaning establishments will have little time to campaign to persuade their employees to vote against unionization.

Here are the most important new rules, their practical results, and what astute dry cleaners are doing to avoid union elections entirely:

Management must give the NLRB the names, job titles, shifts, phone numbers, and home and e-mail addresses of workers within two days of notification of a union organizing petition.

Since most elections occur in small companies—the median size of voting units in elections is now about 25 employees—the business owner faces an almost impossible set of tasks.

The first requires a small cleaner’s “human resources department”—sometimes just a clerk who does the weekly payroll—to scramble to put together the required list: names, job titles, pay rates, shifts, addresses, phone numbers, and e-mail addresses. Personnel files sometimes do not contain accurate home addresses because workers often move and don’t report their new ones. Failure to give the NLRB an accurate list of addresses could prompt an “Unfair Labor Charge.”

This early list gives organizers more time to phone more employees, make home visits or e-mail them to further their unionizing efforts. Today, it is unclear whether the NLRB wants workers’ home or work e-mail addresses. If the latter, that raises new issues due to the NLRB’s new efforts to restrict companies from policing what workers say on their internal e-mail systems.

Management must file with the local NLRB office a complete “statement of position”—the company’s take covering all potential election issues: appropriate unit, who is or isn’t a supervisor under NLRB rules, who should vote, the date and time of the election, etc.—within seven days of the filing of a petition.

Since the cleaning establishment’s owner often wears multiple hats, has no “labor lawyer” on speed dial, and doesn’t know what a statement of position is, he often phones his own personal attorney for help.

The attorney, whose bread-and-butter work is drafting simple wills, doing title searches and home closings, may have little experience in labor matters. Some call back, telling the bewildered owner to find a labor lawyer. Others buy a do-it-yourself book with a “cookbook” plan for running elections and tries to do it himself. Finding an experienced labor lawyer can take another day or two.

Then, they meet to discuss the cleaner’s situation, asking themselves why workers might want a union, brainstorming what to do, and then composing a statement of position. Obviously, this does not happen instantaneously. Meanwhile, the NLRB’s clock is ticking.

Most knowledgeable labor lawyers are conservative and want to protect their bewildered clients. So they no doubt will file a lengthy statement raising every possible question imaginable. They know that under the NLRB’s new rules, if a question or issue is not raised in the initial statement, it cannot be raised in any later proceedings.

Rather than speeding elections, this delays them, as hearing officers sort through all the “boilerplate” the attorneys have raised. This takes the NLRB’s hearing officer time and effort. If anything, this will delay elections.

While all this is going on, the worried owner must meet same-day deliveries, handle customer complaints, and handle his/her normal busy work schedule … and the NLRB’s clock is still ticking.

All questions about the voting unit—who is in it and is eligible to vote—will be deferred until after the election. Ballots will be counted before those questions are answered. Only if they affect more than 20% of the employees voting will they be considered.

Quite often, owners ask their floor supervisors to help in their election campaigns, making handouts and asking workers in the central plant to back their company by voting “No Union.” The cleaner risks another unfair labor practice charge if it asks a person to make anti-union handouts and the NLRB then rules that person is not a supervisor. Nervous employers often tend to avoid using supervisors to campaign, hobbling their efforts to win their election.

Second, workers often ask who will be in the union. Will it be just their co-workers in the central plant, or does it include delivery drivers and counter clerks in the branches? And what about front-office staffers? To many workers, knowing who their fellow union members might be is a key issue. Not knowing is like buying a pig in a poke.

The hearing officer will be required to rule immediately on pertinent questions and set a rapid date for an election, often within 10 days to two weeks, which gives a company little time to campaign and give its side of the story.

Since only about 7% of private-sector employees are union members, few know unions have a downside as well as an upside. There are strikes, union dues and assessments, and even union fines for disobeying the union bosses. Wages and benefits can go up, down, or stay the same in negotiations.

Just as unions call strikes to pressure companies to meet their demands, companies lock out employees to pressure them to agree to company demands. Strikers can be permanently replaced in economic strikes.

Employees have the right to know the full story when they are voting. It takes more than a week or so to tell the full story of the pluses and minuses of unions and answer the questions workers invariably have. But with the compressed election timetable of the NLRB, companies will have little time to inform their workers about all of the facts before they vote.

AVOIDING ELECTIONS IN THE FIRST PLACE?

A dry cleaner cannot lose an election that is not held. Union organizers rarely cold call, going from door to door seeking likely companies to unionize. Almost invariably, it is the employees who call union organizers because they feel the need for somebody to speak for them to management, and for protection against management abuses. (I’ve written about this previously in Battleships, Broadsides and the NLRB, posted on this site in December 2011.)

The best way for a dry cleaner to avoid the expense and disruption of an election, the potential cost of a union with higher wages (possible), and restrictive work rules and costly grievances (guaranteed) is to treat his/her central plant employees fairly, openly and honestly so they don’t believe they need a union in the first place. But how?

Testing Employee Attitudes — Sadly, many business executives remain in the dark about employees’ sentiments until a union petition is filed. Perceptions of fair treatment by employers, as seen by the workers themselves, must be monitored accurately by cleaners wishing to remain union-free.

Supervisory Behavior and Employee Union Sentiment — The key issues causing workers to seek unions revolve around perceptions of favoritism and unfair treatment, often by first-line supervisors. Since most employees see their immediate bosses as the company, disrespect, unfair treatment and supervisory favoritism are seen by workers as being the attitude of the entire dry cleaner, from owner on down.

Owners of most dry cleaners rely upon central plant superintendents and supervisors to report on morale. Not surprisingly, few of these subordinates would report petty abuses or favoritism they themselves practice. Standing alone, one or two abusive incidents may not be important. But as they accumulate, they impact employee attitudes severely.

Obviously, training supervisors how to listen and respond to employee concerns is important. Many cleaners use “canned” training programs taken from the Internet. Most deal with generalities, not an individual company’s specifics. Asking a knowledgeable trainer to develop training tailored to the specific problems in a specific central plant takes a little time, but the results are worth it, especially when dealing with diverse workforces. Then, evaluating supervisors not only on their production but also on their “people” skills reinforces the training.

Uncovering Employee Attitudes — Executives in dry cleaners sometimes use fast, computerized attitude surveys, hoping they will uncover workers’ concerns. This doesn’t work, especially when the surveys are in English and many of the central plant’s foreign-born workers can only read their native language. Workers are often asked to score various factors on a 1-to-10 scale. But numeric scores do little to tell the front office why employees believe as they did, nor what remedial efforts to take.

I believe that only a handful of executives in the drycleaning industry take the time to obtain unfiltered views of their employees’ attitudes by having audits conducted by skilled outsiders conducting face-to-face interviews in carefully structured groups. Outsiders are highly effective, because workers are reluctant to speak openly to management for fear of retribution. However, employee concerns that lead to unionization cannot be handled until they are uncovered.

Marrying Labor and Management Interests — Dealing with the employee concerns quickly is important. Interestingly enough, many of them revolve around their inability to do their jobs as well as they would like. Poorly maintained equipment (ex: misaligned conveyors in assembly, delivery trucks with faulty brakes) or poor working conditions (ex: solvent fumes by the drycleaning machines, excessive heat in the pressing areas) all slow productivity and frustrate workers.

Since employees have many practical ideas about improving productivity, it pays to train supervisors to listen to them in a systematic way and respond. When employees see management caring about productivity and quality, they will, too.

Finally, providing incentives like Gainsharing plans to reward workers for their better overall performance is a powerful tool to reinforce labor management bonds. Employees see their interests and those of management in better performance—and productivity—are identical.

When these efforts are done effectively, dry cleaners and uniform services won’t have to worry about unions. When are you going to start?