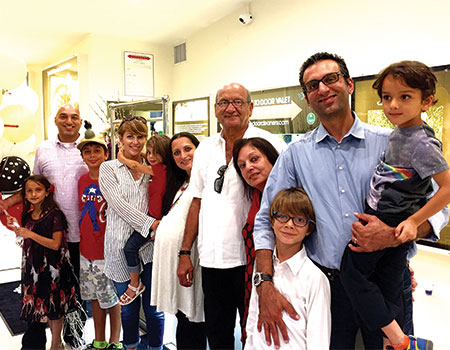 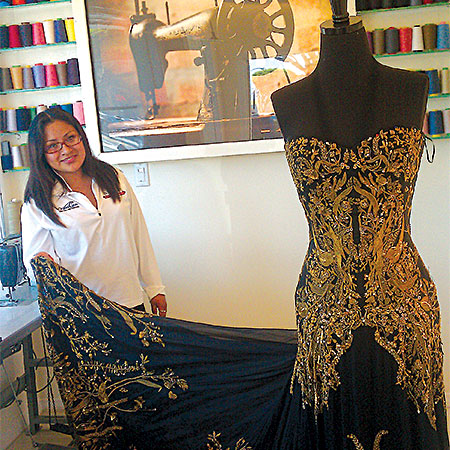 LOS ANGELES — His voice is engaging, upbeat, and has that very distinct sound of family pride coming right through the telephone line. I feel almost as if I’m right in the same room with him.

“It’s all about our family efforts to make the business what it is today,” he relates. There’s talking in the background at his business and it’s lively and happy. But I can hear him fine.

The “him” is Sajid Veera, owner of his family business, Door to Door Valet Cleaners, headquartered here.

His business is celebrating its 25th year this year. Tell me how it all began?

“Mom,” he says with joy over the phone, “is the driving force behind the brand and the company.”

The California Cleaners Association (CCA) gave him its dry cleaner of the year plaque during the recent Fabricare Show in Long Beach. Jim Douglas, new CCA president, presented the award to him and his mom Yasmin; a moment Veera describes as “pretty cool.”

He says it feels great to be recognized by peers in the industry. But then he gets right back to family.

“My parents,” he notes, “had a frozen foods business in Bombay, India. It did okay. They then moved to Miami in the late 80s, then on to Los Angeles in 1991, and started with half a dry store and one route.”

He goes on to explain that his parents started their first plant in 1993 in Manhattan Beach, Calif., which is near Los Angeles.

Through acquisitions, he points out, they have grown up and down the coast around Los Angeles and have 11 stores today, including the main plant and a new location in Beverly Hills.

Earlier this year his business cleaned an Alexander McQueen couture gown. Veera points out: “The embroidery on this gown is solid gold thread and took months of hand work to accomplish. It weighs over 60 pounds and was worn by actress and film producer Jessica Chastain at the 2018 Oscars.”

His operation cleaned and preserved the gown for her archive.

The business’s success can be found in his family members all taking part and that’s evident when speaking with Veera on the phone. He concludes that the key to it all is: “Everyone doing their part!”