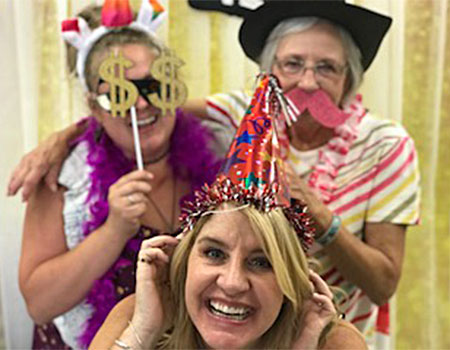 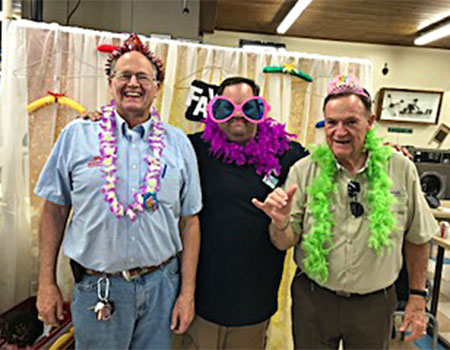 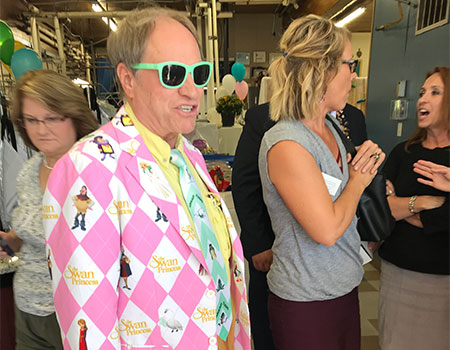 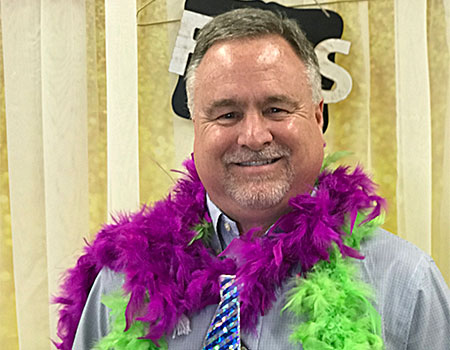 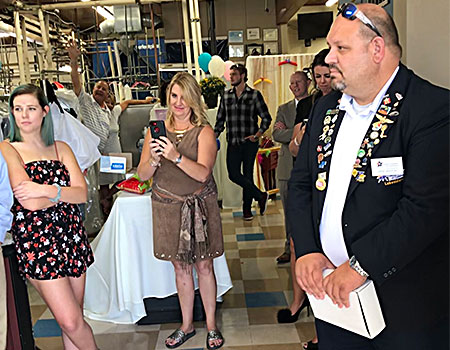 LAYTON, Utah — Faye’s Laundry and Dry Cleaning celebrated its 50th year in business with a party at its original store on Main Street here recently, it reports.

Owners Coral Petersen Arnold and Alex Arnold welcomed 50 guests along with Faye’s past presidents, Cliff and Sharon Dutcher, and several grandchildren of the original owners, Russ and Faye Cummings.

Peterson Arnold notes that she “was just so grateful to see so many ‘customer friends’ at the party.”

Alex Arnold was also thrilled to announce that Connor Petersen, fourth generation, will attend the Drycleaning & Laundry Institute (DLI) school of dry cleaning. “Here’s to the future,” he says.

Mendenhall Equipment kindly provided drinks for all of the guests, Peterson Arnold points out, “and Craig Riddle from Ally Equipment, and Richard Reese, our Unipress rep, dropped by to congratulate us.

“We feel truly blessed to have such wonderful support from our distributors and equipment reps,” Peterson Arnold adds.

“The Lakesiders, they’re the Davis County Chamber of Commerce host committee, cut a ribbon to mark the anniversary and wished us success during the next 50 years,” says Dutcher, the previous owner (second generation) along with her husband Cliff.

Dutcher notes: “Seldon Young, a local business leader, and a producer and actor known for 1994’s The Swan Princess, graciously spoke about the importance of family-owned businesses, and the long odds against having the third generation, and the fourth-in-training, leading the same business.”

“We are excited to combine the two long-established drycleaning companies into one even better company and looking forward to making ‘customer friends’ in Ogden,” Arnold relates.

In talking about the original owners and why they first started the business, Dutcher says: “It was started in the fall of 1968 by Russ and Faye Cummings. They bought it because they thought it wouldn’t be too much work!” She notes: Faye is her mother.

“Coral worked for me since she was 15, so I thought I’d return the favor and work for her,” she says.

“We’ve had a great 50 years and look forward to 50 more,” Dutcher concludes.