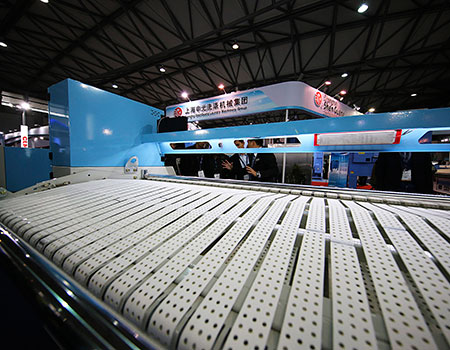 New technologies and efficient solutions enter the market frequently, the company says, and Texcare Asia is recognized as the gateway to these advances entering the Asian market.

Following successful editions in Hong Kong, Beijing and Shanghai, Texcare Asia marks its 20th year in 2017 and is scheduled to take place again at the Shanghai New International Expo Centre.

“With the growing awareness of the significance of energy conservation and environmental protection, intelligent and resources-saving concepts are gaining more attention within the industry across Asia,” says Richard Li, general manager of Messe Frankfurt (Shanghai). “We see the regional demand for solution-oriented software and services is sprouting and the potential is huge.

“Throughout the show’s two exhibition halls, buyers will be able to explore an array of integrated solutions and the foremost technologies for smarter textile management and energy control presented by leading suppliers in the field.”

As a service-based industry, the textile care market has benefited significantly from the extensive economic growth in Asia and is still reflecting a high consumer demand, especially in the past two years, Messe Frankfurt (Shanghai) says.

New infrastructures and projects in Asia, including the opening of Shanghai Disneyland, the 2020 Tokyo Summer Olympics, as well as the successful bid of the 2022 Winter Olympics in Beijing, are set to accelerate economic development in Asia, the company adds. Texcare Asia will serve as an effective networking and trade platform to assist industry players in capturing new opportunities.

The biennial event is organized by Messe Frankfurt (Shanghai) and the China Light Industry Machinery Association. In 2015, the show attracted 153 exhibitors from 19 countries and hosted 10,267 visitors.

Texcare Asia is a sister event of Texcare International, which next will occur in Frankfurt, Germany, in 2020.