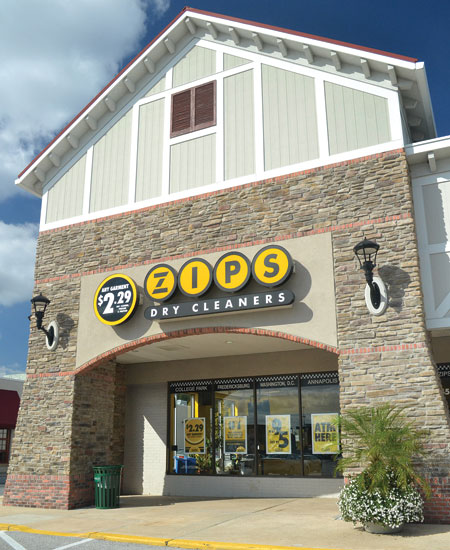 Also five more stores to open in Indianapolis this summer

The five Tampa-area stores will be owned and operated by Michael Montante. No stranger to franchising, the company relates, “Montante previously spent nearly 10 years as a McDonald’s multi-unit operator.”

He plans to develop his stores throughout Hillsborough County.

Regarding his business plan, Montante says: “You walk in, and you know exactly what you are going to pay. The model is very simple. There are no add-on prices. He adds further that, “You bring it in by 9 a.m., and you have it by 5 p.m. the same day.”

In addition, he points out, in today’s increasingly “green-conscious" society, the firm has invested in a closed-cleaning system that reduces waste, uses biodegradable plastic bags and recycles hangers.

About the expansion, Aaron Goldberg, vice president of development for ZIPS says, “This recent signing is evidence that people everywhere are taking notice of the multi-unit opportunity.”

Today, the firm reports it has has more than 50 locations open and operating throughout the Mid-Atlantic region and as far as Texas and California.

FIVE COMING TO INDY TOO

Founded in 1996 and franchising since 2006, this company reports it has also signed a franchise agreement for the development of five stores throughout the Indianapolis metro area over the next five years.

All five stores will be owned and operated by Indianapolis native Larry Frutkin and his wife, Emma. Their first store is expected to open near Keystone at the Crossing in July, notes the company.

The other stores will be scattered throughout various parts of the metro area, including Fishers, Carmel and downtown Indianapolis.

“Indianapolis is yet another region that is primed for growth, and we couldn’t be more pleased about welcoming Larry and Emma as our newest franchisees,” says ZIPS new CEO Drew Ritger.

“Until now, no one has ever been able to explain why different garments cost different prices,” says Frutkin, noting that the unique brand proposition, as well as the brand’s culture, training and support, convinced him that this was the right business opportunity for him and his wife.

“We know that Indianapolis residents will appreciate our commitment to making and keeping quality dry cleaning services affordable at one low price,” he adds.