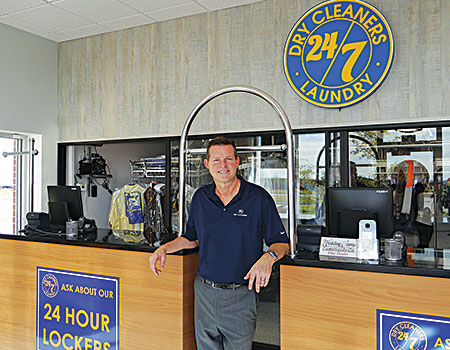 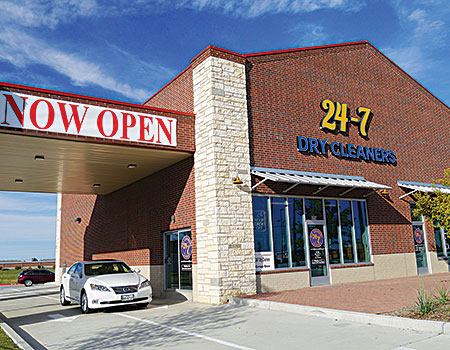 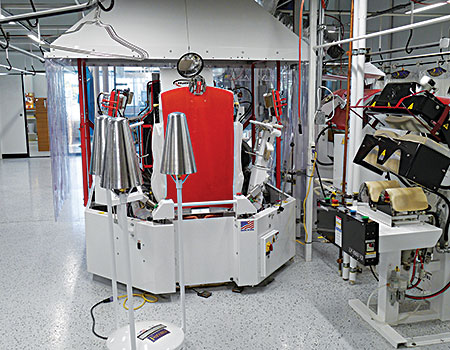 FRISCO, Texas — Charlie Jones’ 24/7 Dry Cleaners just opened in Texas, and it’s in a prime location, which is key.

But so is offering its clients amenities they demand along with keeping the plant cool for better worker productivity in the local heat.

“While dry cleaners today face a more demanding environment than ever, success can still be had in this industry if the operator understands and reacts to the changing customer demands and labor challenges present today,” says Jones, whose plant is the winner of American Drycleaner’s Outstanding Strip Location Award in the magazine’s 56th Annual Plant Design Awards.

At his clean-looking, brick-and-stone, 2,400-square-foot store, Jones says, “We clean and press, but we offer many other amenities such as a double-lane drive-thru for fast and easy pickup and drop-off.”

“In Texas, I feel that this must include a fully air-conditioned plant,” he says. “This helps the staff stay fresh and productive.”

With a mix of amenities and cool zone, Jones launched his new store in a locale that he says was the fastest-growing city in the United States between 2000 and 2014, according to the U.S. Census.

During that period, it also had the fastest-growing school districts in the nation, he adds.

“My store is just four miles away from the headquarters of the Dallas Cowboys, as well as the ‘5 billion dollar mile,’ as it’s known.

“My store is in the middle of the largest planned community in Frisco, Phillips Creek Ranch,” he notes.

Jones describes how he set his store apart from the competition by offering customers 24/7 access to their clothes. Using express bags, clients can drop-off thru the drop slot.

Spotters are from A.L. Wilson, and wetcleaning detergents are produced by Adco and Laidlaw. The plant employs spot cooling air conditioning at all 15 workstations.

“My outlook and business model evolved since I opened my first drycleaning plant in 1994,” notes Jones. “The days when you could ‘Build it and they will come’ are gone.”

In today’s world of shrinking piece counts and added costs, the risk of opening a new plant is greater than ever, Jones says. To satisfy today’s discerning customers, one must do more than clean clothes and press well.