CHICAGO — Sales fell in three regions of the U.S. last month, according to this month’s StatShot survey, but drycleaning operators in the Northeast reported a surprising uptick in revenues. Utility costs may have helped add to the bottom line nationwide by staying about the same, on average, last month, compared to the same month of the prior year.
In the Northeast, the majority of operators reported sales increases, averaging out to a 2.3% rise in sales among all respondents. Utility costs in the region fell 1.7% at the same time, leading to an unexpected improvement for many operators. “The price of natural gas has been a godsend,” says one operator. “We are experiencing growth that I can’t explain,” another says.
Elsewhere, the results weren’t so good. Drycleaning sales in the South took a big hit, with operators reporting an average decrease of 4.7%, leading a few longtime operators to name it the “worst” time within their memories. Adding insult to injury was a reported average increase in utility costs of 2.1%.
“I’ve been in business a long time, and I’ve never seen it this bad,” says a Houston-based operator. “What I find interesting is that there’s a drycleaner on every corner and for some reason, new ones keep popping up. If you keep slicing the pie thinner and thinner, I don’t get enough—and neither do you.”
October sales in the Midwest were even worse, with operators logging a 5.7% drop, on average. Several operators noted that October 2010 included one more Sunday than October 2009, however. “Adjusted for this, we were down 2.6%,” says an operator close to the median. A 2.5% drop in utility costs in the Midwest helped mitigate the losses.
“Some weeks are good, and others are soft,” another Midwesterner says. “There is no real sign of consumer confidence in the economy, and it’s obvious that drycleaning and laundry services are an easy place to cut costs. While our customer count isn’t down significantly, the majority is spending less with us.”
In the West, sales were down 2.9%, and utility costs were up 2.0%. Like operators in the Midwest, many in the region reported short-lived upticks in sales, followed by more unpredictable results. “Spikes of growth, followed by downslides,” one operator says. “It seems like people run in, then stop—or run out of money.”
One operator noted that the weather was unpredictable in the West, too. “Sales for October were down, but [last] quarter, sales were up 4.5%,” he says. “We had an unusually cool summer with October warmer than normal, resulting in lower fuel costs. I can only pray that the trend of increasing sales continues.”American Drycleaner’s StatShot surveys readers every month on a variety of issues facing the industry. While the survey presents a snapshot of readers’ viewpoints at a particular moment, it should not be considered scientific. 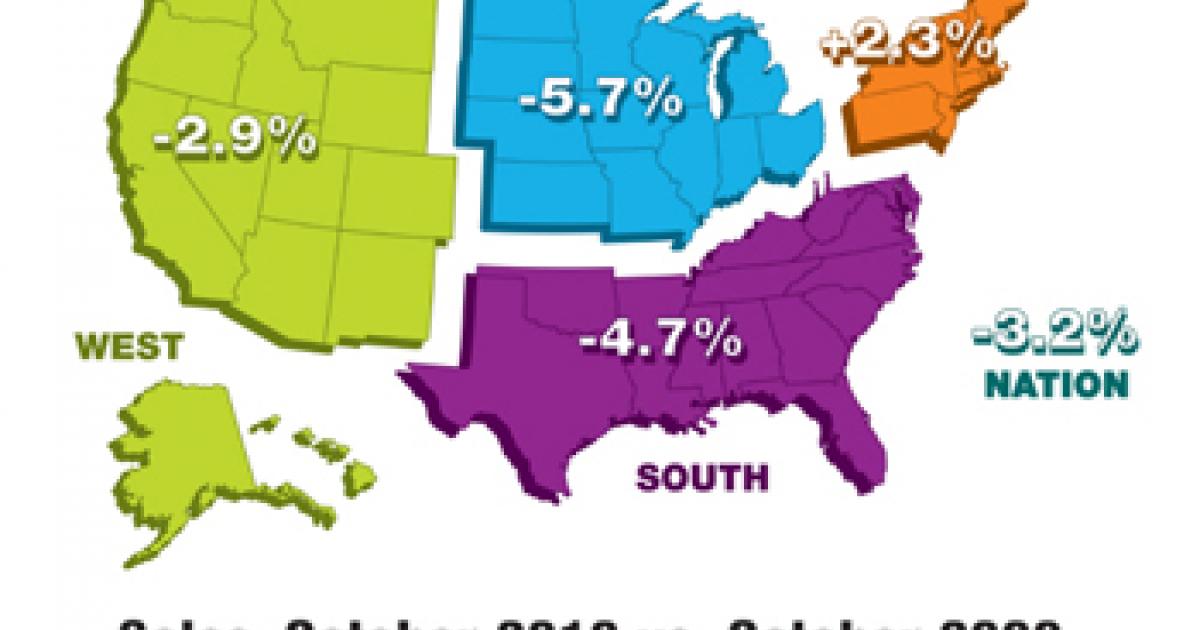