CHICAGO — Almost two-thirds (64.3%) of operators are making summer travel plans comparable to last year’s, according to the most recent Wire survey. One in five (21.4%) say they will take more leisure time than they did last year, and just 14.3% say they will scale back their vacation plans this year.
The survey could indicate that the worst of the recession is over, with more operators willing to take leisure time with their families and spend money on travel. In 2008, a spike in gasoline prices caused more than two-thirds (68.3%) of drycleaners to scale back their summer travel plans.
This year, almost one-third (32.1%) of respondents say they will take “a couple of long weekends away with their families,” and 21.4% are planning a “substantial trip of a week or more.” Still, 28.6% say they won’t be able to take time off this summer, and 17.9% say they plan to take time off close to home to save money.
Those planning modest vacations cited economic concerns. “In these economic times, you must take just one day at a time,” one operator said; “We can’t afford to go on vacation,” said another. One fortunate respondent was the exception to the rule: “Expansion plans will prevent taking any time off this year,” he said.
Another respondent praised a credit-card rewards program for helping make summer travel more affordable. “I haven’t bought an airline ticket in 10 years, and we’ve been all over the world,” he said.
American Drycleaner’s Wire surveys readers every month on a variety of issues facing the industry. While the survey presents a snapshot of readers’ viewpoints at a particular moment, it should not be considered scientific. 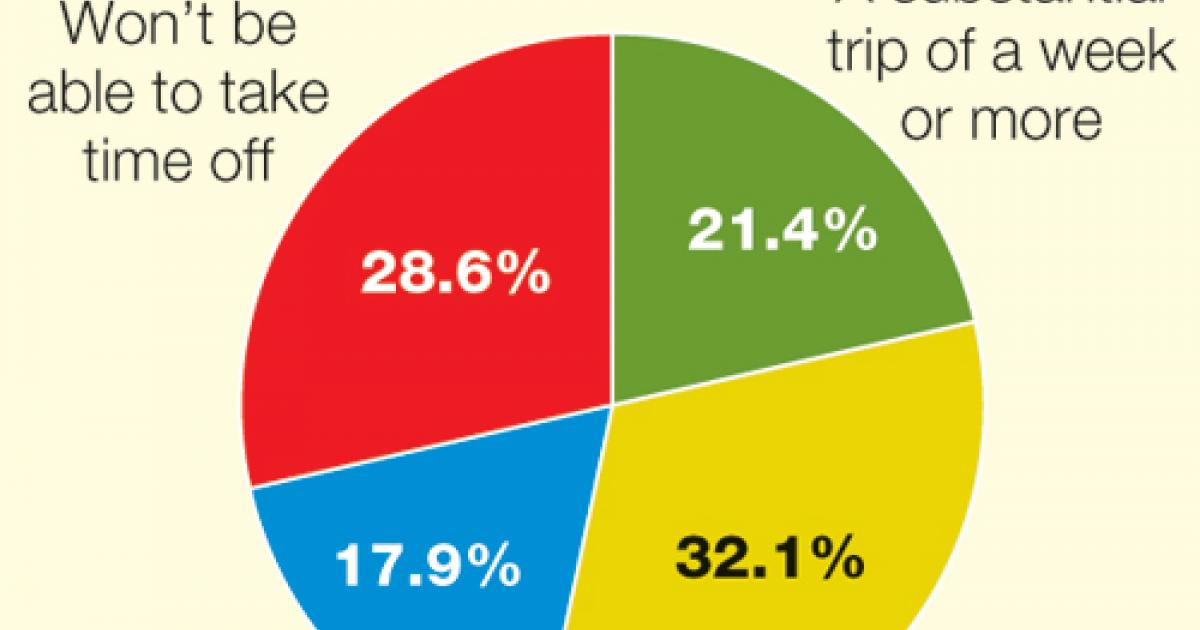