CHICAGO — In light of the regulatory environment, roughly 69% of dry cleaners believe that perchloroethylene—perc—will no longer be a viable solvent option for the average operator within 10 years, according to results of this month’s American Drycleaner Your Views survey.

Approximately 15% say perc will remain a viable drycleaning solvent option “indefinitely.” Roughly 12% give it 15 years, and 4.1% give it 20 years.

Should perc be phased out nationwide—the state of California is working to ban its use by 2023, and the solvent is already banned in New York City residential buildings’ drycleaning facilities, for example—it stands to have a major impact on the drycleaning industry, where it is generally considered the most-used solvent.

“Perc is still the very best all-around solvent,” writes one respondent. “The horror stories are most generally from incidents that occurred before regulations on handling and disposal, and even containment systems, were in place. Perc is the single most investigated and regulated solvent in existence.”

“Dry cleaners need to be flexible,” urges another respondent. “As perc is phased out, we need to understand that the customer still expects clean, spot-free cleaning. We must become better at stain removal in order to maintain these standards.”

“All the alternative solvents have some kind of environmental impact,” writes a third. “None can be consumed or poured down the drain. Even water has its problems, due to shortages in many parts of the country and world. Education of the consumer and the politicians is the key to keeping our industry strong and viable no matter the solvent choice.”

Dry cleaners were asked which solvent system they expect to use in the next drycleaning machine they buy. The majority say high-flashpoint hydrocarbon (28.6%), while other popular choices are GreenEarth (17.8%), SolvonK4 (13.7%) and petroleum (9.6%). A stubborn 9.6% say they’ll stick with perc. Approximately 21% of respondents say they do not plan to buy another machine.

“We hope to have an alternative by the time we need to buy (a new machine),” writes a respondent. “The jury is still out, in my opinion.”

Wet cleaning has become an important alternative for cleaning clothing, and 85% of those surveyed process at least some garments using professional wetcleaning techniques. On average, respondents say 24.5% of their volume is wet-cleaned; some respondents reported their entire operations are based on wet cleaning. 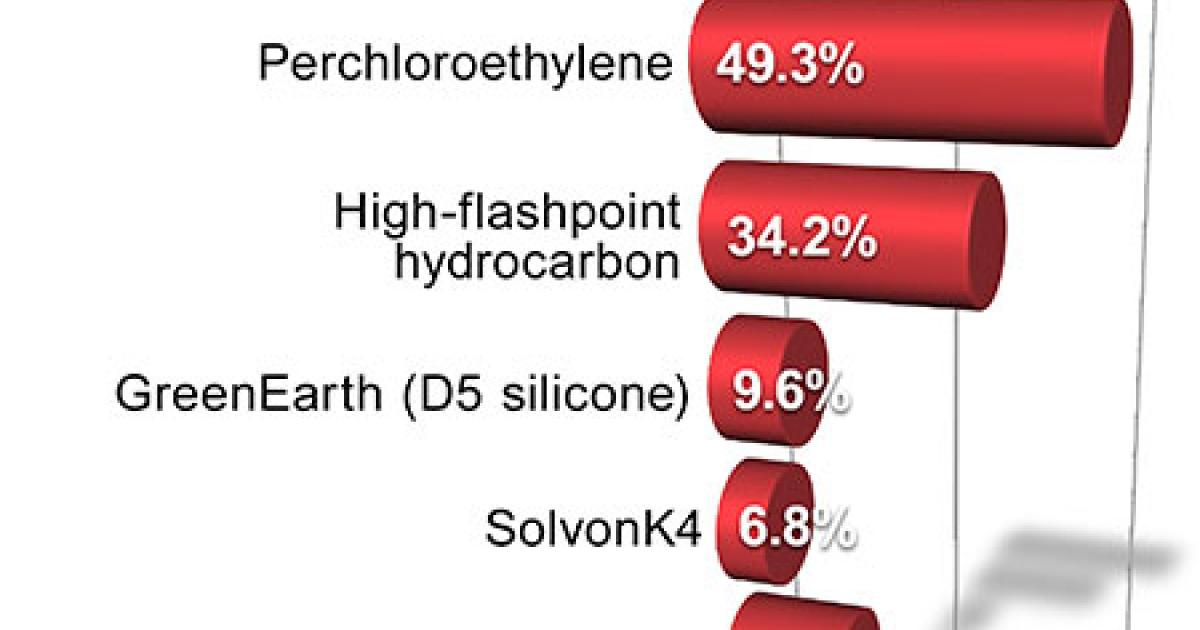 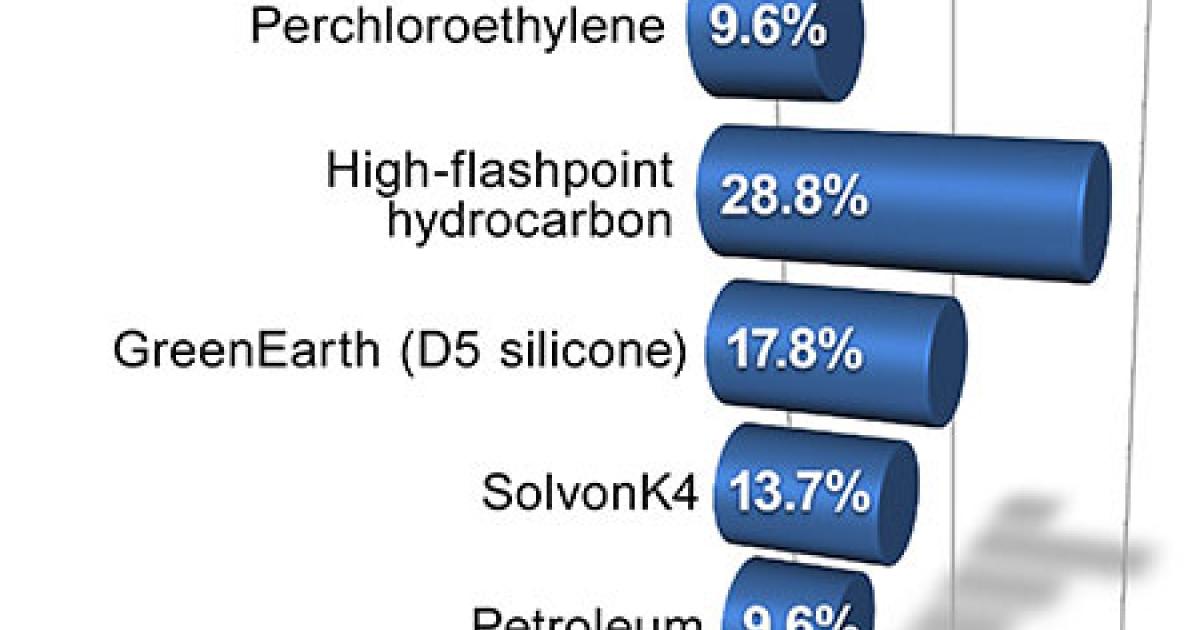