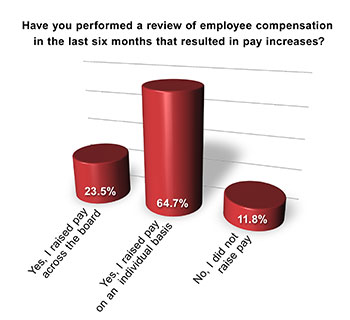 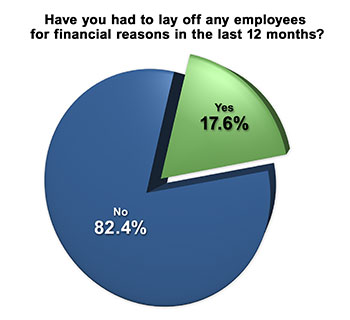 CHICAGO — A majority of dry cleaners report they have given raises in the last six months, according to data from this month’s unscientific American Drycleaner Wire survey.

When asked if they’ve reviewed employee compensation in the last six months, 64.7% of respondents replied yes, saying they “raised pay on an individual basis,” while 23.5% “raised pay across the board.” Only 11.8% replied no, saying that they “did not raise pay.”

Just 17.6% of respondents report having had to lay off employees in the last 12 months for financial reasons.

While American Drycleaner’s Wire survey presents a snapshot of the audience’s viewpoints at a particular moment, it should not be considered scientific. Subscribers to Wire e-mails—distributed twice weekly—are invited to participate in an industry survey each month. The survey is conducted online via a partner website, and is developed so it can be completed in less than 10 minutes.