CHICAGO — For more than half of respondents to this month’s American Drycleaner Your Views survey, a drycleaning machine going down during a busy time is an occasion that causes them stress. Nearly 35% of respondents say such an instance causes their blood pressure to “rise a bit,” while 21.4% say they become extremely stressed.

The majority of dry cleaners (35.7%) say it is a rarity/never a concern when a drycleaning machine goes down during a busy time. Roughly 8% manage to remain calm and collected, saying their blood pressure “holds steady.”

Front-counter staff showing up late or missing shifts has become a slight stressor for a quarter of respondents, who say their blood pressure “rises a bit” in such instances. While some operators are able to keep their cool when it comes to handling employee absenteeism (15.5%), roughly 18% say their “blood pressure soars.” Such instances are not a concern for close to 42% of dry cleaners.

“Employee turnover” has become an issue for one operator, who says “finding reliable people is a challenge.”

Another operator agreed, saying, “managing employees and how their complicated personal lives affect business” has become a challenge for him/her.

Negotiating with a landlord is “rarely/never a concern” for roughly half of the respondents (50.6%), while 20.5% of operators say they are able to keep their cool in such scenarios. Dealing with a landlord causes slight stress for 21.7% of respondents, while a small percentage (7.2%) say their “blood pressure soars.”

“Customers being unreasonable about claim issues” causes one operator a great deal of stress. “[They expect] 100% replacement cost for old garments, damaged or lost.”

“I have found that if you talk to the customer about their garments before cleaning, it eliminates a lot of problems,” says another cleaner.

“The best way to deal with stress is to be prepared with a backup plan for every situation that you think will give you problems,” adds another. “If you prepare for problems rather than pray they don’t happen, you can weather almost any storm.”

“Stick with your philosophy and be honest,” says another cleaner. “You will have less stress.”

While American Drycleaner’s Your Views survey presents a snapshot of the trade audience’s viewpoints, it should not be considered scientific. Subscribers to American Drycleaner e-mails are invited each month to participate in a brief industry survey they can complete anonymously. 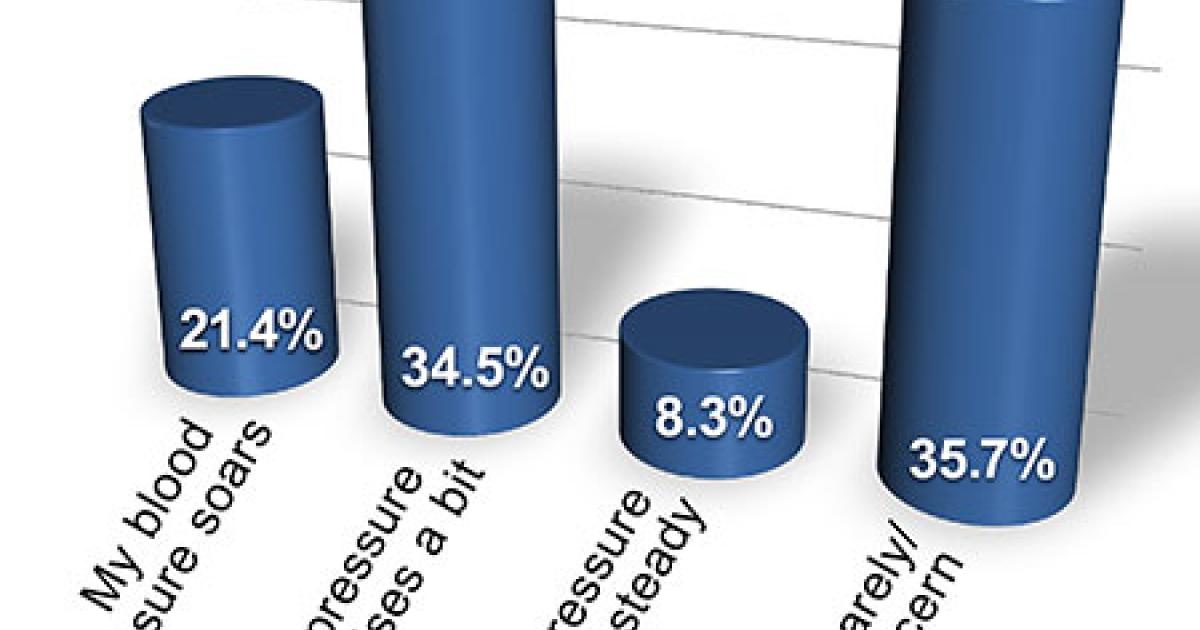 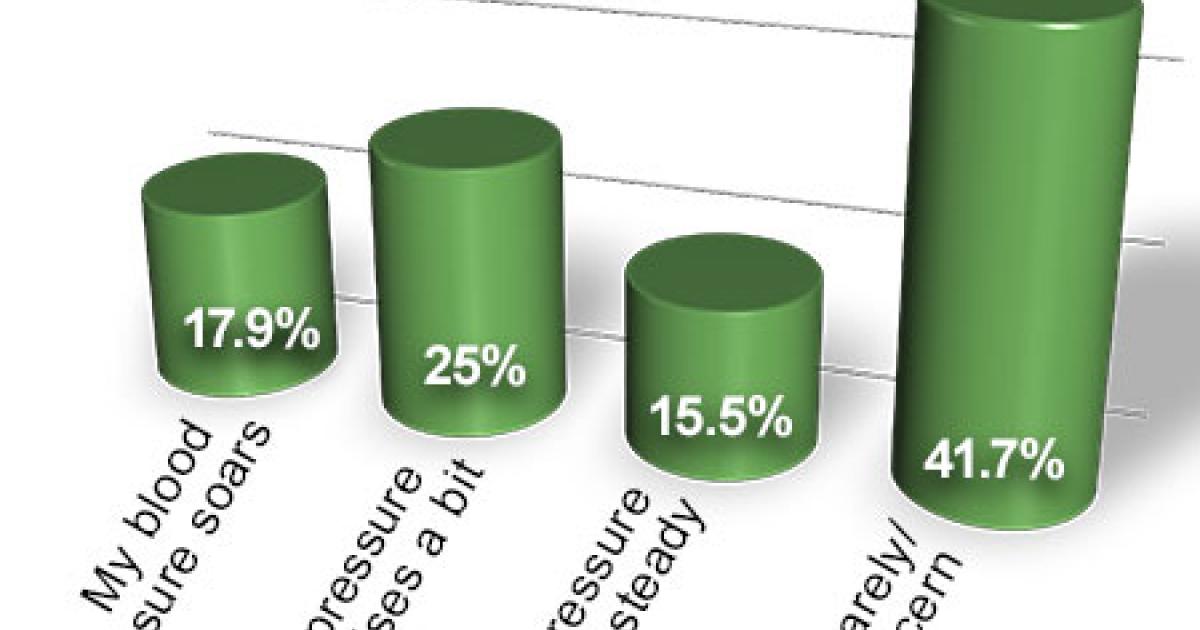