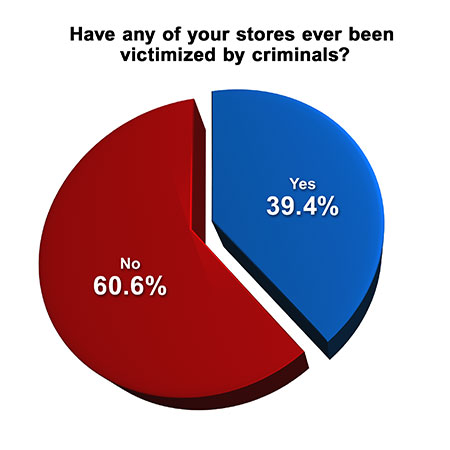 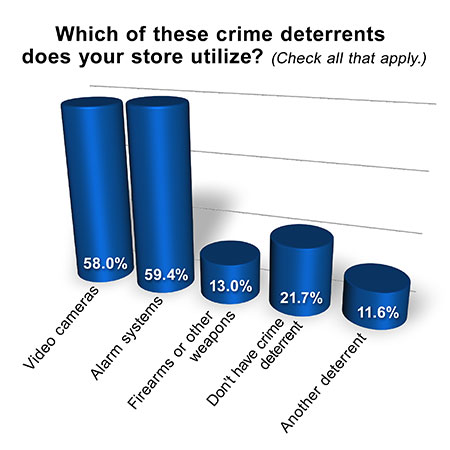 Nearly 40% report having been victims of crime

CHICAGO — It’s not unusual for small businesses to attract the attention of criminals, and that’s certainly the case for dry cleaners. Their cash business can be an attraction for robbers, and minimally staffed drop stores can be targeted.

In this month’s American Drycleaner Your Views survey, nearly 40% of respondents said their businesses have been victimized in the past.

Of those incidents, 62.1% involved “property crimes such as burglary or vandalism,” and 58.6% involved an “in-person robbery of cash or merchandise.”

Smaller shares of 13.8% said someone in their store had been involved in a “physical assault or serious violent crime” or a “fraud or confidence game that cheated the business.” The remaining 10.3% reported having been victimized by “another type of crime,” including thefts by employees.

Two-thirds of dry cleaners who took the survey said their employees receive training specific to how they should respond in the event a crime is committed in their store.

How do you deter crime in your drycleaning business? Among respondents, 59.4% use alarm systems and 58.0% use video cameras. Some 13% have firearms or other weapons at the ready; one respondent reports having “emptied a 13-round clip (and) hit one of two armed robbers” in an incident 15 years ago.

Another 11.6% use “another deterrent,” such as large windows for visibility from the street, heavy double safes, or being located just one block from the nearest police station.

Nearly one-quarter of respondents—21.7%—don’t have a crime deterrent.

While the Your Views survey presents a snapshot of readers’ viewpoints at a particular moment, it should not be considered scientific. Percentages may not add up to 100% due to rounding.