CHICAGO — Record snowfalls impacted already slow sales last month across the country, according to the most recent StatShot survey, while year-end 2010 results grew in only one region, but decreased at a slower rate overall.
Drycleaners in the Northeast and Midwest were hit the hardest by winter weather, with January sales down 3.4% and 3.5%, respectively, from the same month in 2010. In the South and West, sales fell 2.4% in January from the year prior. Nationwide, average sales dropped 2.9%.
“The weather was an economic disaster,” says one operator from the Northeast. “It started on Dec. 26th with a giant snowstorm and lasted through the first week of February with a devastating ice storm. That’s six weeks of terrible weather; it will take us months to recover.”
Results for all of 2010 were better in the Northeast, where operators saw a small sales decrease of just 0.7% from 2009 totals. In the West, where 2009 was likely the worst on record, sales actually jumped 5.4% in 2010, with three out of four operators reporting an increase in annual totals.
“We are seeing customers let go of more responsibilities at home, letting us make them look good,” says one fortunate operator from the West. “Life is on a fast track.”
The Midwest and South again experienced poor year-end results, with sales sinking 2.1% and 5.6%, respectively. “The economic downturn is not over,” says a Southerner. “I can’t believe I’ve been able to keep the place going,” says another.
Nationwide, 2010 sales were off just 1.8% from the year prior, however, indicating that shrinkage in sales may at least be slowing. Drycleaners’ average sales dropped 6.9% from 2008 to 2009. “Things have to get better this year,” says a Northeastern operator.American Drycleaner’s StatShot surveys readers every month on a variety of issues facing the industry. While the survey presents a snapshot of readers’ viewpoints at a particular moment, it should not be considered scientific. 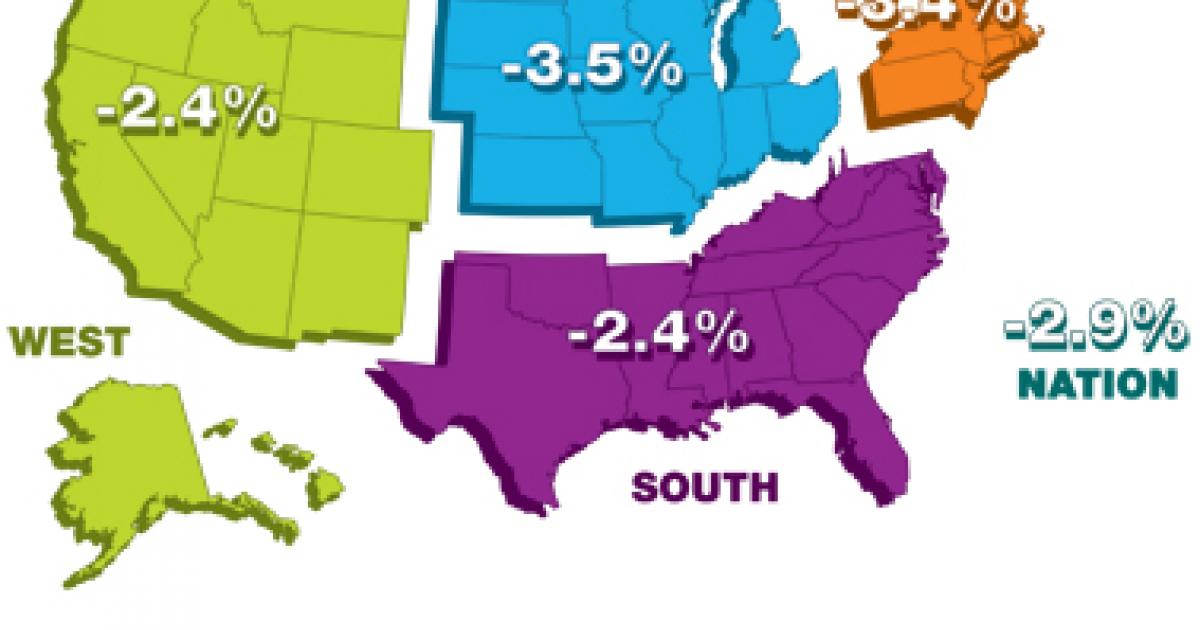