CHICAGO – While three of the four regions reported June sales increases compared to the prior year, the numbers were relatively flat nationwide, according to this month’s AmericanDrycleaner.com StatShot survey.

“Business is very good despite summer,” says an operator from the West. “Best summer we have had in six years, but my area has a lot of movie business, so (I) don’t know if it’s typical.”

Another Western operator reported having their best month in 37 months, and July was up 13% at the time they took the survey.

“Piece count is relatively flat; our revenue increase is due entirely to a price increase we enacted in early April,” a Northeastern operator elaborated.

“Same prices as 2010 indicate a stable to slightly increasing demand,” writes another Southern operator. “Not enough to cover increases in costs, however. We need more improvement in order to reward our employees for their efforts, with reduced staffing over the past two years. Unfortunately, we just can’t do that yet.”

Second-quarter 2011 sales were up in all four regions, but none of the increases reached 2%. The Northeast logged the largest boost from second-quarter 2010—1.9%. Quarterly sales increased 1.1% in the South, 0.9% in the West and 0.7% in the Midwest.

“I was very pleased with second-quarter sales [up 5.6%] after seeing a dip in first-quarter sales [down 7.7%],” says a Midwestern operator. “In Wisconsin, I blame the poor weather for some of our sluggish first quarter.”

Meanwhile, another Midwestern operator is struggling to budget because of the “inconsistent business environment.” “May was an up month, but June declined and July has started off negative.”

AmericanDrycleaner.com’s StatShot surveys the trade audience every month on a variety of issues facing the industry. While the survey presents a snapshot of drycleaners’ viewpoints at a particular moment, it should not be considered scientific. 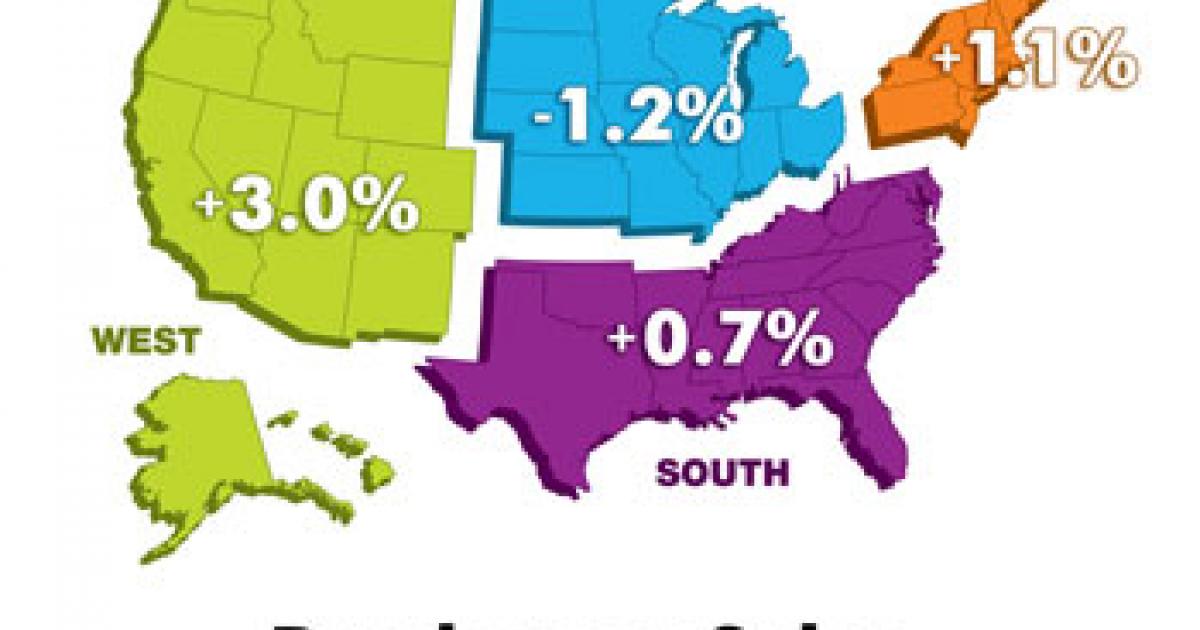