CHICAGO — Sales grew 3.3% in the South last month from March 2010 figures, this month’s StatShot survey says, and expanded 3.7% during the first quarter of 2011.
“Things seem to be improving,” one Southern operator says. “We are cautiously optimistic. March was a very pleasant surprise.” “The market is going up slowly,” says another. “But up!”
Drycleaners in the Northeast regained momentum in March, with sales growing 2.2% from 2010. However, a long and blustery winter cut first-quarter totals 0.3% from 2010’s first quarter. “In January and February, the weather was terrible,” one drycleaner says.
Weather was also a factor in the Midwest, where “it was still snowing on March 27,” one operator reports. March sales shrank 2.5% there, and business was down 4.6% for the quarter.
“The business climate for drycleaning remains very soft,” one Midwesterner says. “We service markets all over the Western suburbs of Chicago, and each is down for the third year in a row. Employment has to pick up before the business will rebound.”
Sales in the West continued a steady decline, with sales down 2.7% in March and down 2.6% for the first quarter. “Customers have learned to get by without our services,” one operator laments. “They are doing more cleaning at home. A large number have lost their jobs.”
Nationwide, average sales were unchanged in March (0.0%) and off a slight 0.9% for the first quarter. Likely speaking for the whole industry, a Westerner says, “My biggest concern is, will the customers come back, or have they changed their habits?”American Drycleaner’s StatShot surveys readers every month on a variety of issues facing the industry. While the survey presents a snapshot of readers’ viewpoints at a particular moment, it should not be considered scientific. 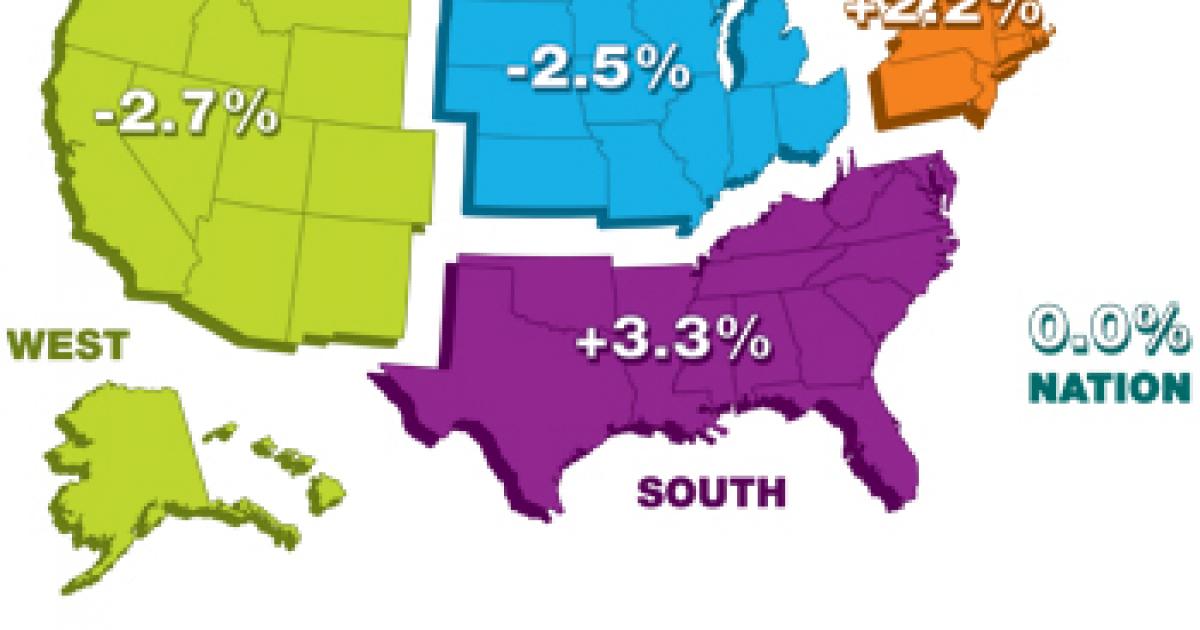