CHICAGO — Sales grew in three regions of the United States in November 2010, according to this month’s StatShot survey. Drycleaners in the Northeast reported the biggest surge, with sales up 11.5% from November 2009.
Sales grew at a more modest pace in the South (1.9%) and Midwest (1.6%), helping lift the average year-to-year increase nationwide to 2.0%. Western operators continued to lose ground, however, with sales down 6.4%.
“‘Bad’ would be good,” one operator from the West says. “More people retiring has affected our sales,” another says. “Come on, Generation Y—start spending on drycleaning.”
Marketing budgets for the year varied, with operators in the Northeast boosting spending 5.5% in 2010 from the year prior. Operators in the South cut marketing budgets 4.5%, while those in the Midwest spent 0.6% less.
In the West, operators spent 4.7% more in 2010, apparently to little benefit. On average, drycleaners nationwide raised marketing spending a scant 0.4%.
“We are up 4.0% compared to the previous November, both in piececounts and sales,” says an operator from the South. “But compared to November 2007, piececounts are still down 20%.”American Drycleaner’s StatShot surveys readers every month on a variety of issues facing the industry. While the survey presents a snapshot of readers’ viewpoints at a particular moment, it should not be considered scientific. 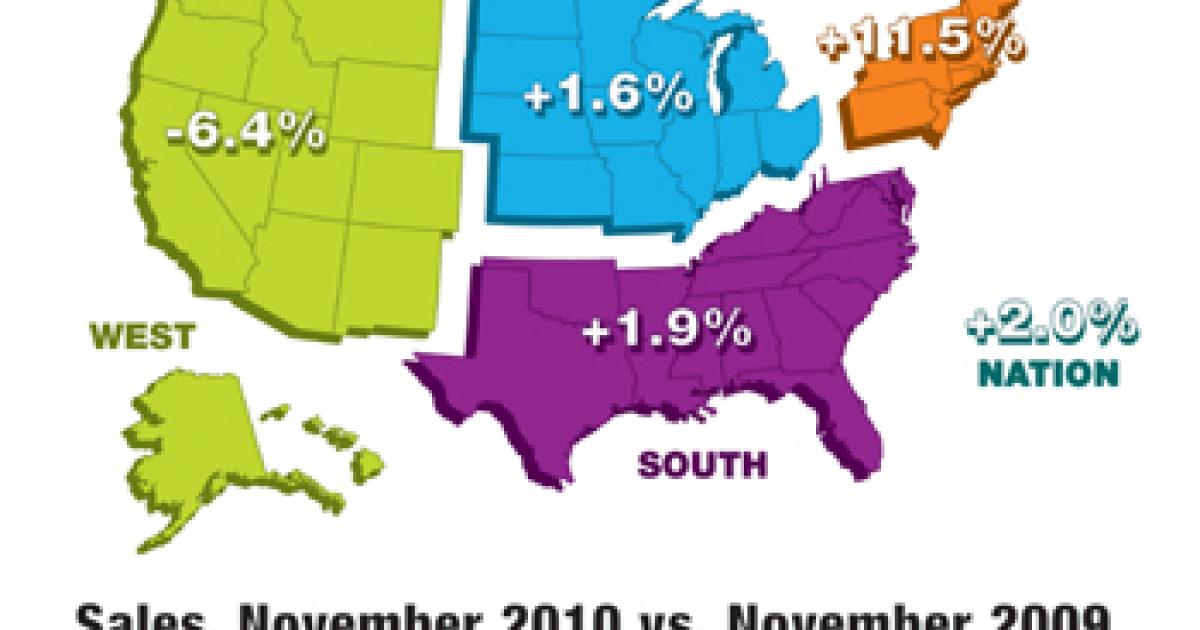