CHICAGO — Sales grew in two regions last month, this month’s StatShot survey reports. Operators in the Northeast posted strong 4.9% growth in April 2011 from the same month in 2010; sales in the South were up 1.7%. Nationwide, sales edged up 1.2%.
“I don’t know why and I’m not complaining, but our business has been very good in April,” says an operator from the Northeast. “And for some reason, we’re really on fire in May.”
The regions posting gains added to increases seen in March. Sales in the Northeast grew 2.2% in March, and in the South, sales were up 3.3%. “April’s percentage improvement was not as strong as March, but May seems to indicate that things are still improving,” says a Southern operator. “[We had our] two best mark-in weeks since early 2009—definitely a good sign.”
The other regions of the U.S. apparently haven’t hit bottom yet. In the Midwest, sales sank 2.8%, the fifth consecutive month of declines, and operators in the West reported that sales shrank 2.1% in April, the fourth month in a row. “[The recession] seems to be finally hitting here,” says one operator from the West. “October 2010 to date is the worst ever.”
“Sales continue to decline, although at a slower pace than before,” a Midwesterner adds. “Our marketing has increased to try to bring back sales. This is a slow and expensive undertaking, but it is necessary.” “I think April was below last year due to a late Easter,” says another. “May seems to be picking up speed.”
Payroll costs paralleled regional gains and losses, with operators in the Northeast reporting an average increase of 0.5% over last April, and those in the South adding 0.8%. In the Midwest, payrolls were off 0.3%, and operators in the West reported the deepest payroll cut, 4.2%. While 43.2% of operators left payrolls unchanged, drycleaners nationwide are paying an average of 1.0% less this year.
Several operators cited high gasoline prices as a factor in lower sales and increased costs. “Business is a little better than last year, but still very soft,” says a Southerner. “I think that gas prices are hurting a lot of people.”American Drycleaner’s StatShot surveys readers every month on a variety of issues facing the industry. While the survey presents a snapshot of readers’ viewpoints at a particular moment, it should not be considered scientific. 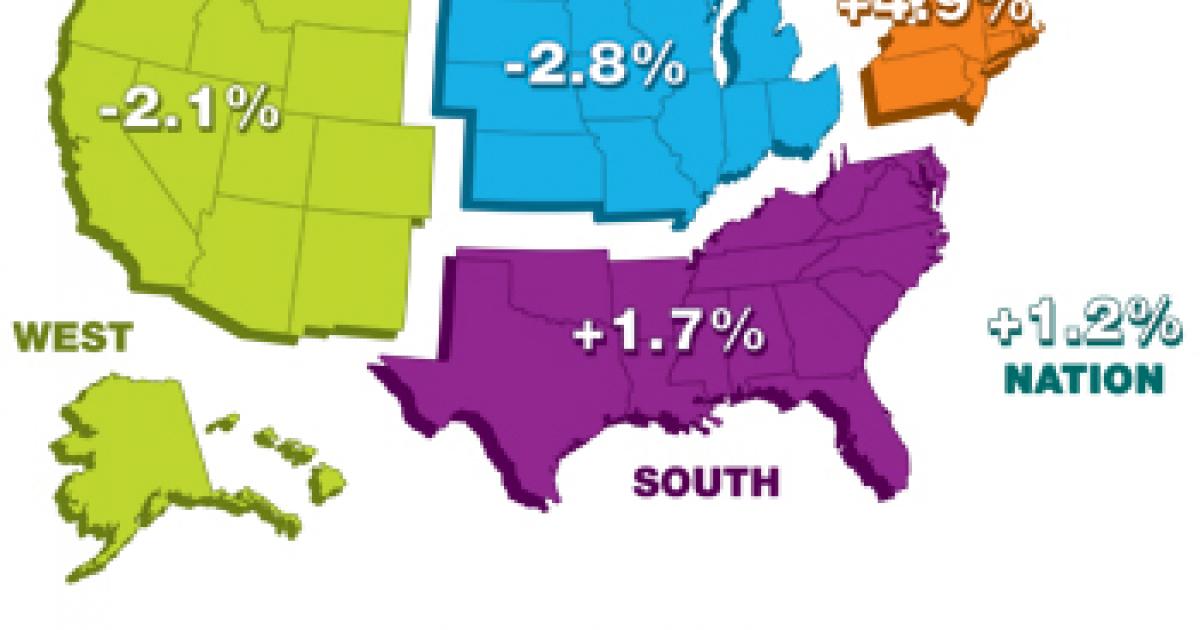