CHICAGO — October was a good month for dry cleaners across the country, as all four regions posted year-over-year sales gains, according to results from this month’s American Drycleaner StatShot survey.

October was the second straight month that every region enjoyed a better year-over-year number.

“October was a good month to be in the drycleaning business,” says a respondent from Indiana.

“Limited competitors, a good month and a good fire project helped,” adds one from South Dakota. “We also raised our prices in September-October.”

“October was the best performing month we have had in years,” says a New York state cleaner. “Things are definitely turning around here.”

That optimism might be tempered a bit by sullen comments elsewhere. Some respondents believe their region’s markets are “shrinking.” One operator in Oregon reported that his/her volume was the same but generated stronger sales due to price increases.

Something that certainly puts a damper on better sales is higher utilities cost. Indeed, year-over-year utilities cost in October was up in every region: 5.7% in the West and the Northeast, 3.2% in the Midwest, and 2.6% in the South.

“Costs (are) out of line with profits,” asserts a cleaner from West Virginia.

“The cost of doing business is always going up,” writes a cleaner from New York state. “Between licensing fees, utilities, labor increases, supplies, etc., it’s more and more difficult to hold prices down.” 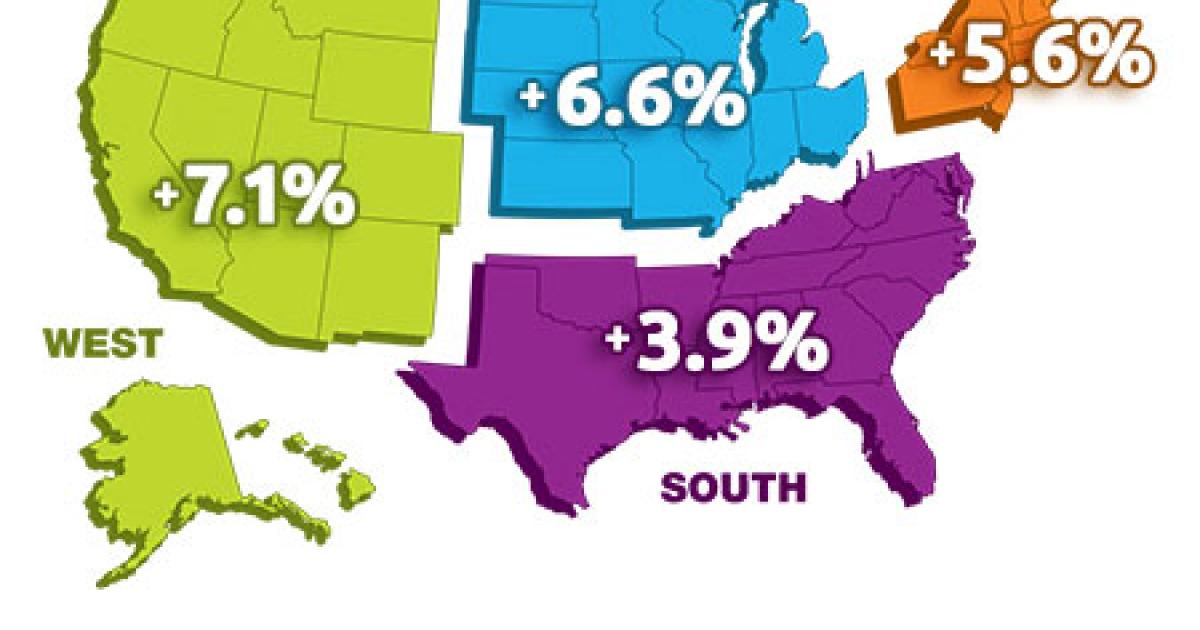