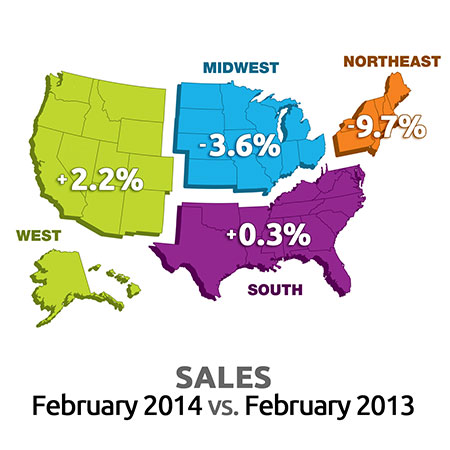 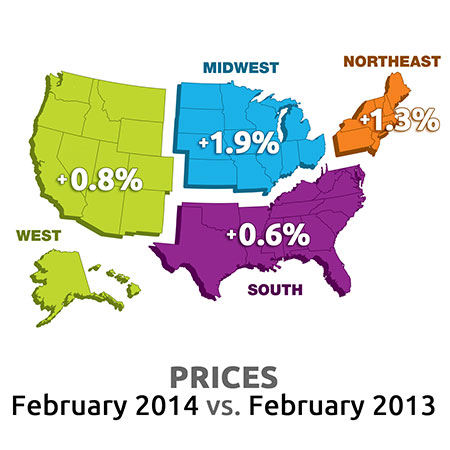 CHICAGO — Year-over-year sales weren’t so lovely in February for drycleaning operators in the Northeast, as sales last month fell 9.7%, according to results from this month’s American Drycleaner StatShot survey.

Some in the region say market conditions are “slow” or “bleak,” while another describes them as “scary.”

Another operator from the Northeast says it has been “the slowest, never-ending winter season ever.”

February sales in the Midwest also fell, down 3.6%, while dry cleaners in the South and West posted slight gains, up 0.3% and 2.2%, respectively.

Service prices in the South and West are comparable to February 2013 prices, posting slight increases of 0.6% and 0.8%, respectively.

Many in the South say market conditions in the area are “fluctuating” or are “unpredictable.”

Operators in the West are singing a similar tune, with one saying conditions have “vastly improved,” while another says things are “anemic.”

“[There are] too many lowball-price cleaners that don’t do the job, and then that gives us a black eye for the real cleaners who are working [and] struggling to meet payroll and pay the supplies,” says a respondent from the South.

Operators in the Northeast reported their service prices were slightly higher last month compared to February 2013, up 1.3%, while operators in the Midwest had the biggest year-over-year price increase, up 1.9%.

One operator from the Midwest says conditions are “sluggish,” while many are still blaming the unseasonably cold winter for dwindling sales.

“Extreme cold and unusually heavy snow in February had a negative effect on sales,” says a respondent there. “We saw some of the volume shift to routes … however, overall revenue continues to struggle against last year.”

Monika Manter of Balfurd Dry Cleaners discusses growing into a leadership role in a family business, the decisions that need to be made along the way and, when the time comes, how to make a smooth transition for everyone involved.