CHICAGO – Only one of the four regions managed sales gains in July compared to the previous year, according to the most recent AmericanDrycleaner.com StatShot survey.

The West registered the only July-to-July sales boost, and a minimal one at that, of 0.9%. The South saw sales plummet 9.3%, while Midwestern sales fell 4.6%. Sales were nearly flat in the Northeast, which suffered a 0.7% drop.

Some operators, particularly in the Midwest, blamed higher-than-average temperatures for the poor sales month.

“Too hot to do any business! No one is wearing any ‘drycleanable’ clothing in this heat,” wrote one Midwestern operator, while another proclaimed, “One of the hottest Julys in recorded history.”

But there were many more comments about our country’s struggling economy and its impact on small business, particularly in the South.

“Business seems to be declining rapidly,” lamented a Southern operator. “People are trying to save money any way they can and reducing their drycleaning use is one of them.”

Another Southern operator said, “Business is the worst I have ever seen.”

“For me, this July was the worst month of (the) last five years,” said another.

Meanwhile, the cost of doing business during the first six months of the year went up in three of the four regions. Only the Northeast managed to keep its first-half costs below what they were in July 2010; they were down 0.8%.

“The cost of production supplies is through the roof,” says an operator in the Midwest. “I am getting embarrassed at the prices that I have to charge in order to make a profit.”

Another in the Midwest says several more cleaners in their area have closed, but it’s been only a small help in pushing business their way.

“(I) don’t see any hope of revenue improvements,” a Southern operator remarks. “Rent, as well as energy cost, will kill us.”

“January ’11, we saw sales start to fall off,” another Southern operator says. “Until then, we had been holding our own—flat, but not down. Can you say double dip?”

“It is looking like the beginning of a double-dip recession,” echoes a Northeastern operator. “I have the same feeling I did in December ’08.”

AmericanDrycleaner.com’s StatShot surveys readers every month on a variety of issues facing the industry. While the survey presents a snapshot of readers’ viewpoints at a particular moment, it should not be considered scientific. 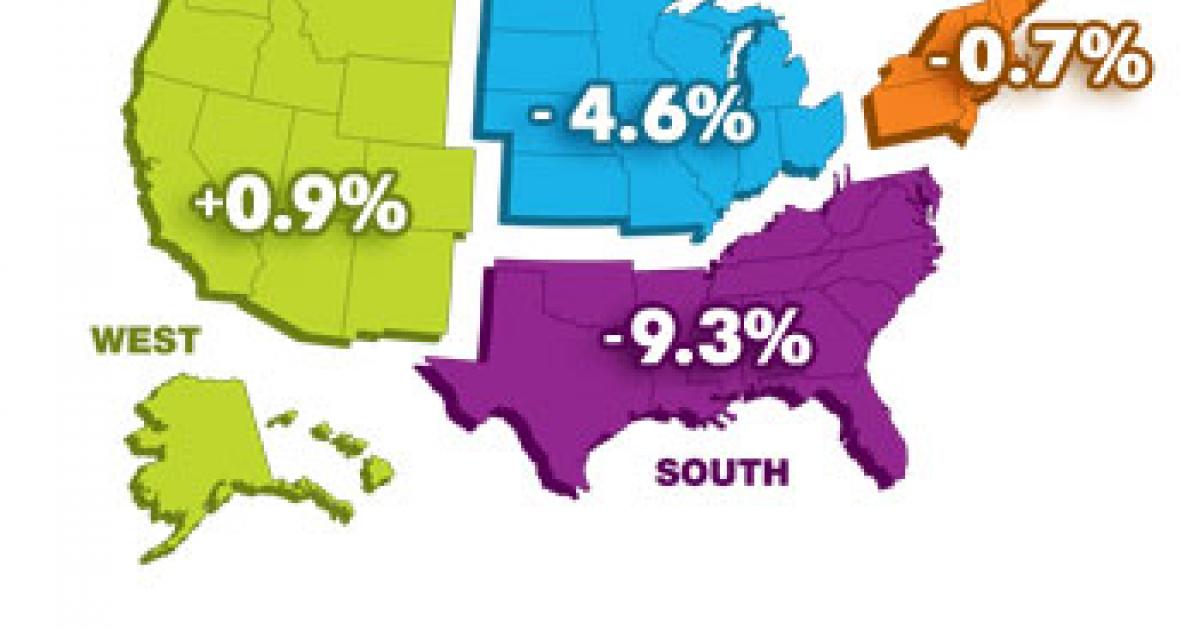