CHICAGO – Sales for May grew in all four regions, the first time there have been across-the-board gains this year, according to the latest AmericanDrycleaner.com StatShot survey. Nationwide, sales increased 3.0%, while all regions also reported upticks in prices from May 2010.

Drycleaners in the Northeast posted tremendous 10.2% growth when comparing May 2011 to May 2010. About 86% of respondents there reported a rise in sales, while equal shares of 7% saw their sales dip or remain unchanged.

“The sales went up, not because the economy is better, but (because of) more marketing and sales effort,” says one Northeastern operator.

Another cited strategic decisions that have led to three years of business growth. “Our main strategy is renovation. Paint the shop once a year, change or rotate decoration, and keep everything fresh, organized and very, very clean.”

The other regions saw smaller but still significant sales increases from one year ago. The West and Midwest each posted gains for the first time in 2011. They were 3.1% and 1.6%, respectively. Sales in the South were up 1.0%, the third straight month of increases in that region.

“This is the first time that sales exceeded the same month of the prior year in the last two years,” a Midwest drycleaner says.

“May was the first month since October 2010 that comp sales were up,” comments another. “All other months since 2008 have been negative. Business remains soft, and June 2011 has started out negative.”

The boost in sales can at least partially be attributed to higher prices. Some 64% of Northeast drycleaners reported having raised prices from a year ago, with the average increase being 2.1%.

“I felt I needed to raise prices due to increasing costs,” one respondent explained. “That being said, this spring’s year-to-year piece counts were down about 5%.”

AmericanDrycleaner.com’s StatShot surveys readers every month on a variety of issues facing the industry. While the survey presents a snapshot of readers’ viewpoints at a particular moment, it should not be considered scientific. 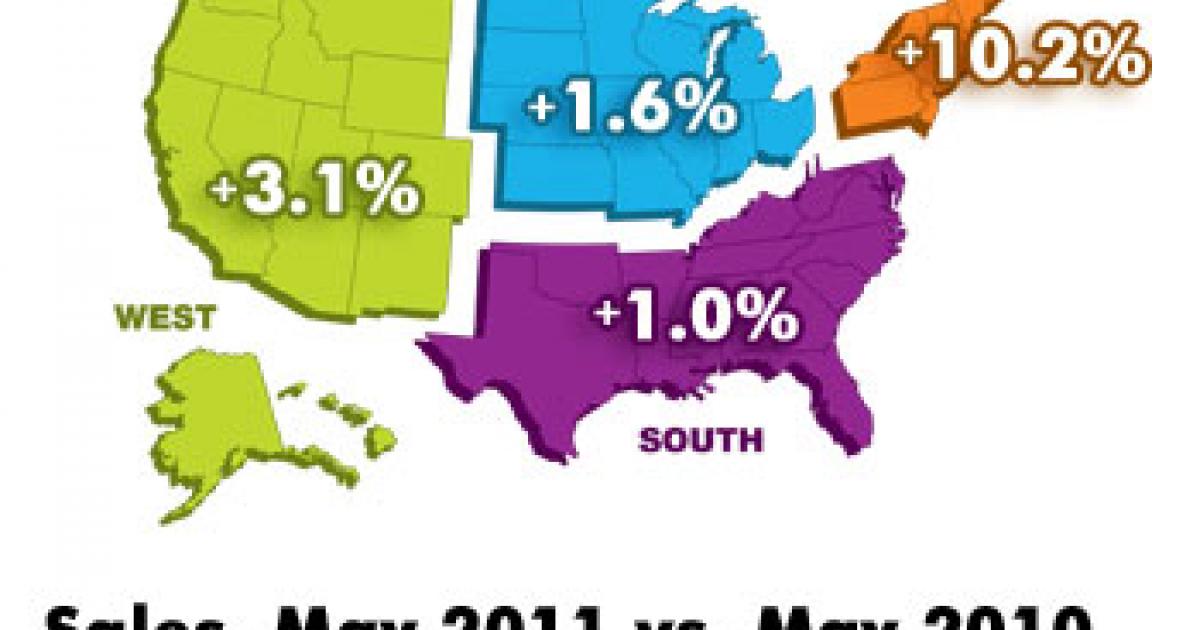