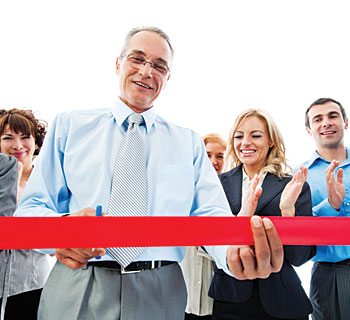 CHICAGO — Opening a new dry cleaning business is a big step, whether you’re coming in fresh to the industry and are investing for the first time or you’re a current owner who’s looking to expand your operation by adding a new location.

Each plant start-up has its own unique challenges and requirements to meet, but there are some basic guidelines to keep in mind as you pursue your new venture.

An entrepreneur has to decide whether to buy an existing plant that will produce immediate cash flow or open a new location, says industry veteran Harvey Gershenson, who worked 44 years as a dry cleaner before selling his California business in 2007 and opening a consulting firm.

And whatever choice he or she makes, Gershenson hopes that it is influenced by a thoughtful business plan. “The No. 1 thing I would suggest for anybody who’s going into the business, whether they buy existing or look to start from scratch, is to do a written business plan.”

When he contemplated offering route service, Gershenson spent about 40 hours putting together a business plan for that aspect of his operation alone. “At that time, I had been in business over 30 years and I still wrote a business plan. It was a very illuminating situation. It really helps you focus on what you’re doing.

“It forces you to research the industry, who’s in it, who your competitors are, what they’re doing, how they’re doing it, who’s the most successful, who’s going to make it or not make it.”

Another key aspect of site selection is convenience, particularly in terms of parking. “That’s why you find that most companies that have freestanding buildings are more successful than (those in) a strip center, because they offer the convenience and exposure or visibility.”

Before you sign a lease or purchase agreement, it’s a must to check with regulatory authorities, such as the local fire department, about any codes restrictions that may affect your equipment installation or solvent choice, says Alan Spielvogel, another 40-year-plus industry veteran who now serves as director of technical services for the New York City-based National Cleaners Association (NCA).

“There are a lot of areas, especially in Philadelphia, where there’s a prohibition on any type of flammable solvents but they also want to phase out perc,” Spielvogel says. “So you have to make certain that … you can put in the type of solvent or solvents that you’re looking to put in.”

In the case of buying an existing dry cleaning operation, the systems and solvents in place may be grandfathered, according to Spielvogel. “So, you can run an existing plant, but you can’t put new equipment in.”

The buyer of an existing plant will be locked into whatever equipment and systems the previous owner was using, at least until they gain some industry knowledge, says Gershenson. The dry cleaner starting from scratch is going to receive advice, be it good or bad, from the equipment company and what it’s selling, he adds.

“I recommend that they contact the manufacturer of whichever (solvent) technology they’re looking at and actually go visit a plant that’s using that particular technology,” says Brian Johnson, director of education and training for the Drycleaning & Laundry Institute (DLI). “I highly recommend taking garments with them (to clean), and that they stain garments with various types of stains, basic things like coffee, wine, ketchup and mustard.

“They can check for stain removal, the feel of the garment, any residual odors. Don’t just take someone’s word for it that it’s the best thing that’s ever (been) created.” There are many different dry cleaning options available today but the working principles behind them are the same, he says.

“I suggest they contact an association first,” adds Spielvogel, who notes that the NCA offers information but does not make recommendations. “We’re not here to sell equipment. We’re here to make the dry cleaner as successful as possible. … We can guide them in what they’ll need, what type of solvents they should be looking at, the pros and cons of each. We’re more of an impartial source to get information.”

Operator training is what sets a dry cleaning operation apart from the rest, Johnson believes. “(Dry cleaning machines) are like cars: every car gets you from point A to point B. The biggest difference in why one business gets better quality of dry cleaning than someone else is the person operating that machine.”

And having the ability to hire quality personnel and train them properly is important not only to a dry cleaner’s success but potentially to their well-being, says South Carolina dry cleaning consultant Sandra Haralson, who got her start as a customer service representative 30 years ago.

“A lot of times, people end up buying themselves a job and working themselves to death because they can’t make their staff step up, put expectations on them and hold them to it,” she says. “Then they think they don’t have the skill set to replace them, so they put up with a lot of stuff instead of replacing them and retraining to get what they need.”

Haralson likened the scenario to holding the dry cleaning business hostage. And fear is not a business owner’s friend.

“That is the worst reason in the world to keep somebody,” she says. “Every job can be trained for, and trained efficiently, if you have the right person in place.”

Haralson favors the cross training of dry cleaning workers, and considers it a necessity for smaller operations. “If they don’t cross-train, they’re really behind the 8 ball,” she says. “Small operations especially need those people to be able to step in and do other jobs. … Anybody who comes up and says, ‘It’s not my job,’ they usually don’t have a job for very long.”

It’s not unusual for a new business owner to have difficulty relating to some of their work force, according to Haralson.

“It’s a whole different culture,” she says. “I’ve had brand-new people come into the industry … and the biggest thing I get from these owners is, ‘I can’t talk to these people. I don’t know how they think.’”

Service workers “think in $5 increments” and are used to living check to check, she says. Sometimes, a boss can gain traction by buying soda and pizza for the crew once in a while than giving each of them a raise of 50 cents an hour.

Messe Frankfurt’s Greg Jira joins us to discuss the benefits of attending industry trade shows, including ways to prepare prior to the event to get the most out of your time there. We also get a preview of Clean Show 2022.