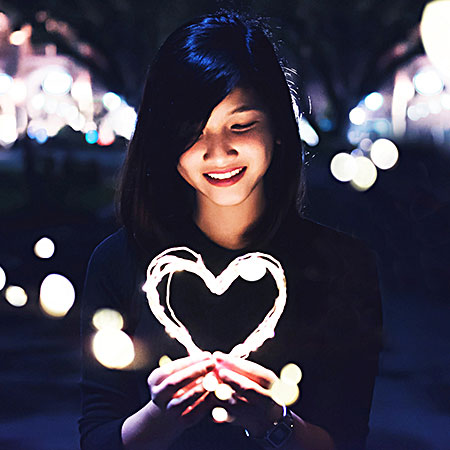 Giving back to your community

Drycleaning owners and operators reach out to their communities in many ways, and the heart they show is in the form of volunteerism, donations, and charitable causes to help their communities and assist the needy.

Let’s look at three examples from cleaners around the United States and see how they involve themselves and their business operations to help others in need.

“Our cleaners has supported the local Coats for Kids for 18 years in conjunction with the Volunteer Center in Fort Wayne; collecting, sorting and cleaning over 50,000 coats that have been distributed in the community through this program,” says Steve Grashoff, president of Peerless Cleaners located in Fort Wayne, Ind., also the Certified Restoration Drycleaning Network (CRDN) of Northern Indiana affiliate.

The program he mentions has grown to include not only used coats but new coats purchased through community donations.

“We also have been involved with the Cinderella Project for over 16 years with the Fort Wayne Medical Alliance,” he relates, “collecting and distributing gently used prom dress to young ladies in our community, 400 to 600 distributed per year.”

Giving back includes all the different ways drycleaning owners open their hearts to help the needy. Those efforts build strong and supportive community ties.

Grashoff says that their business also sells discounted gift certificates to local churches and schools that they can resell at full face value as a fundraiser. But that’s not the only way it reaches out.

“Through our CRDN restoration division, we have had the opportunity to clean the textiles for an Extreme Makeover home and donated all the cleaning of the textiles of the home for a young boy who was returning home with a rare immune illness, and everything in the home needed sanitized before he could return from the hospital.”

Many charitable deeds start close to home, so to speak, right in the dry cleaners’ neighborhood, helping community groups.

Steve Klinke, president of Klinke Cleaners, along with his brother Richard, vice president, are third-generation dry cleaners based in Madison, Wis.

“We are involved with many community events and charities but the two programs that we support directly with our cleaning expertise is that of Koats for Kids, which runs from September to October each year, and All Dressed Up, which runs in February each year.”

Their grandfather, Maurice Klinke, started a chicken hatchery to supply chickens to the war effort in World War II. After the war, he converted the chicken barn into a retail shopping center and started a Laundromat, later adding coin-op dry cleaning, then finally in 1958 offering cleaning and pressing of drycleaning garments and dress shirts.

Steve Klinke and Richard Klinke joined by 2000 and have continued to expand the company into the Milwaukee market and add more locations around Madison.

“The Koats for Kids program,” Steve Klinke explains, “collects between 5,000 and 10,000 winter coats each year, which they give to a local organization that distributes the coats to the less fortunate of Dane and Waukesha County who would otherwise not be able to afford a winter coat.”

Klinke also talks about the All Dressed Up program which collects prom dresses, “where we clean and press them for high school girls who would otherwise not be able to attend prom due to the high cost of purchasing a dress. We partner with the Junior League of Madison and they put on a fantastic distribution event each year,” he says.

“We’ve been involved with Koats for Kids for 31 years and All Dressed Up for 14 years. It has always been a part of our DNA to be connected with, and contribute to, the communities in which we are located.”

Regarding Koats for Kids, he says he doesn’t typically get to meet the recipient of the coats but, “I can tell you the gratitude we feel from the community is tremendous. Whenever I meet someone, they tell me ‘Hey! I love Klinke Cleaners and I always donate to Koats for Kids.’ It is so rewarding to be a part of a 30-plus-year tradition with which the whole community helps pitch in.”

And regarding All Dressed Up, he notes he has attended a dress distribution and was overwhelmed with joy at seeing the amazing program that the Junior League put on for the high school girls. The girls get a local celebrity assistant to help them pick out a dress, shoes and accessories.

“There are tailors who donate their time to help fit the girls into their dresses,” he says. “The girls were just smiling ear to ear. Some mothers were so happy for the program that they teared up with joy that their daughters were able to go to prom.”

Belonging to a community is obviously more than just having an address and a residence or business location, as these drycleaning operations exemplify. It’s looking around and taking action in so many ways and opening your heart to care for those who need help right in your own town and county.