CHICAGO — “My customers have noticed that my whites are brighter and that the clothes don’t have that ‘dry cleaner’ smell,” “Iron” Mike Ingalls relates in a loud, jovial voice.

He introduced a new modified alcohol Class III solvent to the U.S. market, called Sensene, made by Düsseldorf, Germany-based SafeChem, at his open house in October.

Ingalls is the owner of Iron Mike’s Cleaners located in Dade City, Fla., a small town of 6,000 residents in Pasco County, just up highway 301 about 30 miles north of Tampa.

He got a pleasant surprise when he demonstrated the new solvent at what he called his “eco-friendly event” at his store, complete with ribbon-cutting ceremony: “It resulted in zero redeposition.”

But to tell the complete story of how this solvent arrived at Ingalls’ store in this small Florida town, we have to rewind a few years, travel to Germany, and meet some of the other players.

The story follows how a solvent landed in Las Vegas at the Clean Show this summer for a trial run, and got noticed by some dry cleaners, who are giving it a try.

“In 2016, at Texcare International in Frankfurt, Germany, ILSA introduce a solvent, invented by Dow under its then-affiliate company SafeChem,” says Langiulli, president of Columbia Dry Cleaning Machines/ILSA Machines Corp., a manufacturer of drycleaning machines, based in West Babylon, N.Y.

“By the time of that show, there were more than 70 machines already operating in Europe with this solvent,” he says.

It was developed originally, he points out, as most solvents are, for the degreasing industry. SafeChem worked closely and exclusively with ILSA to bring it into the garment care industry, he adds.

Independent testing of the solvent was conducted by CINET, Langiulli indicates. Netherlands-based Comité International De L'Entretien du Textile is the international umbrella association for professional textile care (PTC). According to its Solvetex V report on evaluation and performance of new solvents, which members can access, it notes, “The recently introduced solvents are Ktex, Arcaclean, HiGlo, Intense and Sensene. These solvents are available besides the more established solvents like Perchloroethylene (perc), Hydrocarbon solvent (HCS), SolvonK4 and GreenEarth.”

The non-profit organization performs tests on solvents in a wide range of categories for chemical composition, boiling point, flashpoint, and KB value; KB stands for Kauri Butanol, adapted as a value for the “power” of the solvent.

Regarding Sensene, it writes that it is “suitable for regular multi-solvent or HCS machines,” and has a “cleaning performance compared to perc and HCS.”

Langiulli relates that after he spoke with several operators using the solvent in Germany, “I had no choice other than to try it.”

Enter Bertram, business development manager with SafeChem, Dusseldorf, Germany: “ILSA had been the initial machine manufacturer cooperating with SafeChem to test a new solvent. It all started in 2014 when ILSA received the first blend of modified alcohols from SafeChem.”

He indicates that in his company’s metal cleaning segment, “We have had experience with modified alcohols for 25 years,” and this is where SafeChem first developed a formulation for dry cleaning.

Bertram also points out this solvent can be paired with specific other detergents and chemicals: “It has a high solvency power and reliably removes a variety of stains on different fabrics. Our distribution partners Seitz for North America offer detergents to further enhance the performance and reduce the electrostatic effects.

“The launch in Europe resulted in more than 150 customers using it after less than one year after market introduction,” Bertram notes.

“I was shipped the solvent and tested its merits in our warehouse,” Languilli says. “While it showed some strengths, it still was difficult to understand in a test warehouse environment.”

So, he did not pursue testing. The journey paused. Months passed.

But, he says, before the 2017 Clean Show in Vegas, and with his sister company from Germany getting positive results, “I decided to ask a good customer of Columbia’s to test and critique the solvent.”

That was Barlow, owner of Clio, Mich.-based Jan’s Professional Cleaners.

He believed her tenure and experience in the industry was paramount. “Jan agreed to try the solvent, and give me an honest evaluation of her own results,” Langiulli says.

So the journey kick-started once again, and now had reached the U.S.

In March 2017, Langiulli placed a new 55-pound machine at her facility employing the new solvent. “Within the first day, we all stood back,” he says. “Not only did it clean well, the cycle times were notably fast.”

On the second day, “we noticed dye bleeding in loads did not affect anything. By the second bath, solvent returned to crystal clear while washing. No dye transfer, and no redeposition.”

There was no garment damage, he continued. “What I found extremely interesting is that the learning curve from perc to this was effortless — This was a first for me.

“No problems on trims, beads, leathers, vinyls, plastics. It all came out great, with the normal workloads. I was shocked but still very skeptical, thinking this is too good to be true. I left Jan after three days of the easiest start-up I’ve had in 25 years.”

Now the journey was in Barlow’s hands.

“I volunteered to get involved with the solvent after hearing about its performance results in Europe,” Barlow says. “The solvent manufacturer, Dow, is only about 45 minutes away from my plant in Michigan, so I figured I could get local support if needed.”

She indicates that Sensene’s price per gallon is in the high $30s to low $40s range, while perc is in the $30s but with other cost factors such as waste removal.

As chair of the National Fire Protection Association (NFPA) 32, the group’s standard for dry cleaning, she says she had a template for assessing the new solvent, a document local governments use for reviewing dry cleaners’ occupancy permits.

“Our NFPA32 Committee had just completed a five-year rewriting and updating process to reflect the changes in solvents for our industry. Columbia/ILSA had been working in Europe with Sensene over the past three years, developing machines, and were ready to bring the technology to the U.S. I believe the intention was to bring it to New York first; instead, I got it.”

Barlow went about testing the solvent because, in her words, “I wanted to confirm whether it fits on our NFPA solvent chart and whether all the claims being made about the solvent held true.” 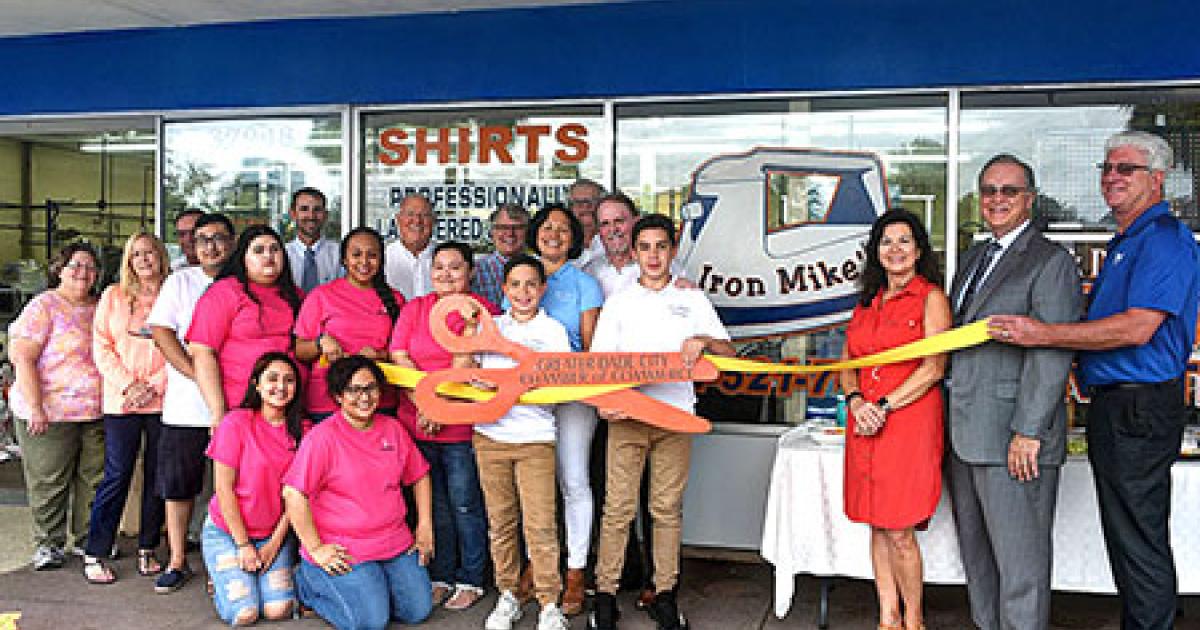 Mike Ingalls, owner of Iron Mike’s Cleaners in Dade City, Fla., stands behind the ribbon-cutting scissors with his hand on his oldest son’s shoulder. His wife is in the blue shirt next to him as his two sons are holding the giant scissors. At this open house, Ingalls unveiled a new solvent he’s using called Sensene and a new Columbia/ILSA machine to run it. (Photo: Richard Riley) 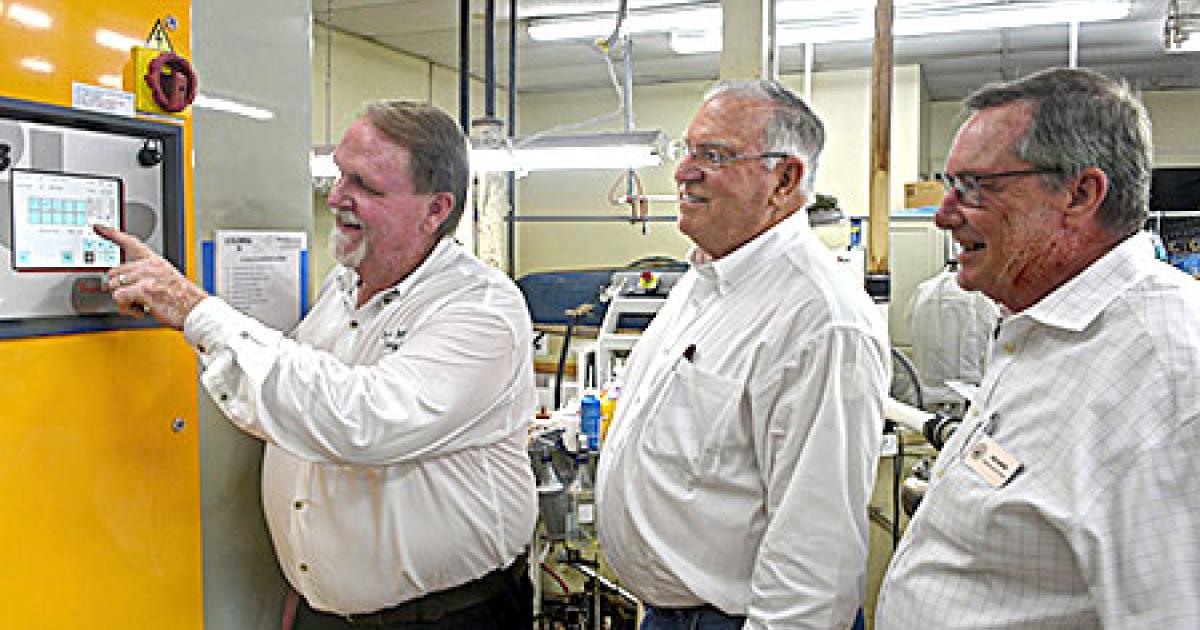 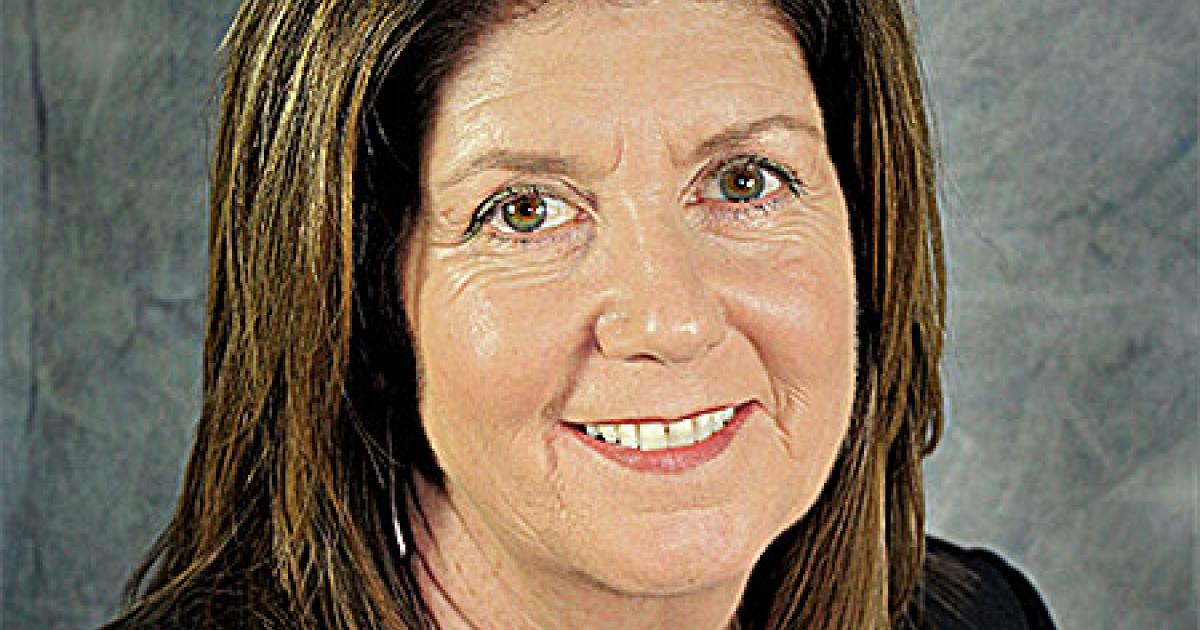 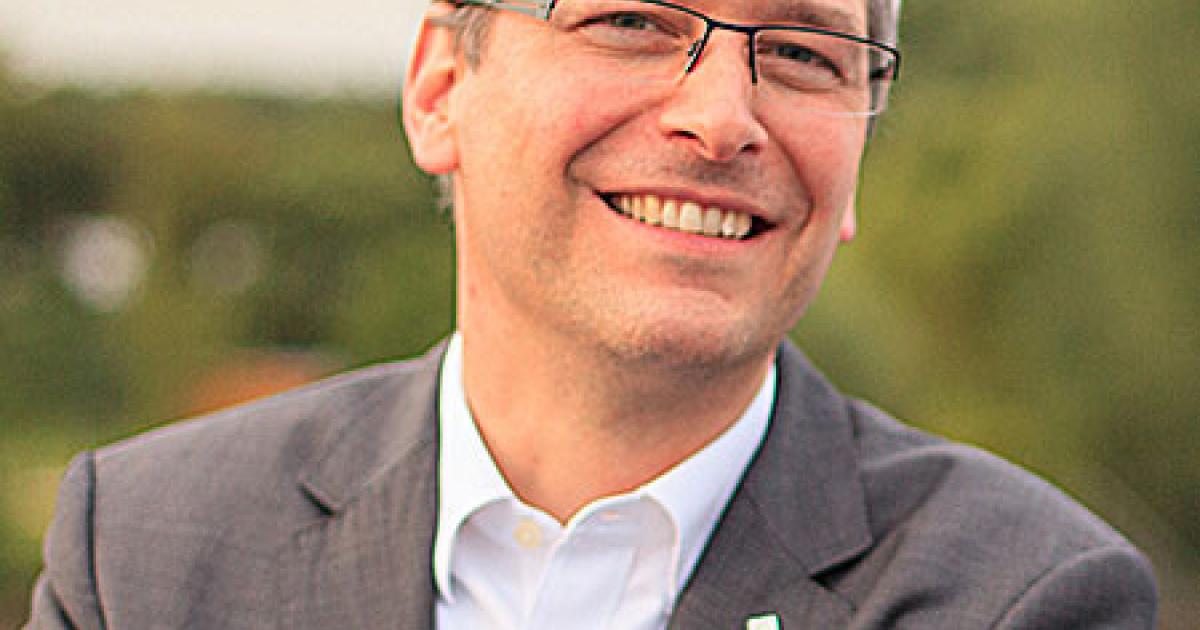 Tobias Bertram is the business development manager for Düsseldorf, Germany-based SafeChem, the makers of Sensene. SafeChem “worked closely and exclusively with ILSA to bring (Sensene) into the garment care industry,” he says. Stephen Langiulli, president of West Babylon, N.Y.-based drycleaning machine manufacturer Columbia/ILSA, notes that Sensene was developed originally “as most solvents are, for the degreasing industry.” (Photo: SafeChem)