CHICAGO, Ill. — Seven out of 10 (70.4%) drycleaners don’t think that the bans against smoking indoors passing throughout the country will have any effect on the industry by eliminating an unpleasant odor that consumers want their drycleaners to remove, the most recent Wire survey says. Speaking as consumers, the same majority (70.4%) is in favor of such bans.
One-fifth (22.2%) of drycleaners responding to the survey thought that bans on smoking in bars, restaurants and other indoor areas could affect business, and 7.4% answered “Not sure.” “People who attend bars are most likely not going to bring in their clothes as often, as they will no longer smell like smoke,” one reader says. “Maybe our health insurance will go down — dare to dream!”
While most respondents favored such bans, the 18.5% of respondents who didn’t spoke out against government-imposed indoor smoking bans. “I truly believe the ban on smoking is just another way for the government to regulate our lives,” one says. “Vote for less government.”
“This type of law infringes on the right of the individual business owner to run his business,” another respondent says. “As long as smoking is legal, the businessman should have the right to allow smokers to smoke; non-smokers have the right to choose not to use his business.” 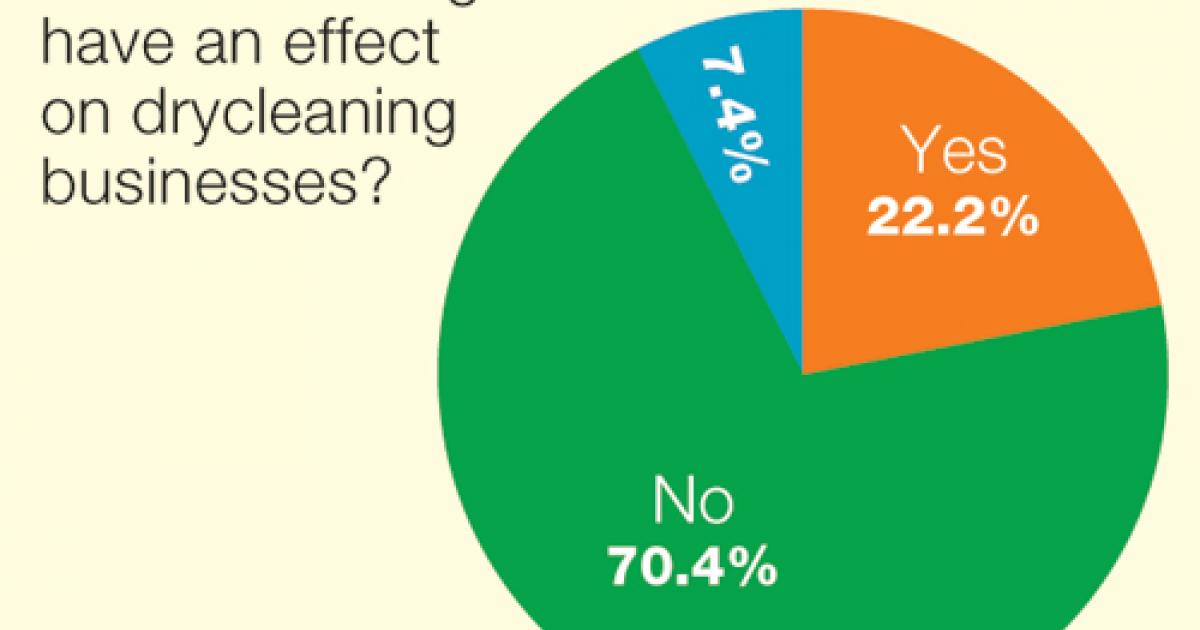