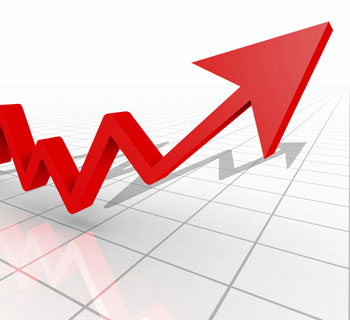 NEW YORK — For the first time since 2006, growth has surpassed survival as the No. 1 priority for entrepreneurs, according to the American Express OPEN Small Business Monitor, a semiannual survey of business owners now in its 10th year. And more than one-third (35%) plan to hire, last month’s survey says, perhaps further evidence that a recovery is reaching Main Street businesses.
Six months ago, the OPEN Small Business Monitor indicated that small businesses were faring better, due in large part to cost-cutting and streamlining. Now, the survey seems to show that they are capitalizing on growth opportunities, looking to hire and making necessary capital investments in their businesses.
While economic uncertainty over the economy still presents a challenge to growth, those concerns are starting to recede (27% or respondents vs. 35% last fall). Many expect to grow (37%) and are willing to take a financial risk to do so (56%), while most (65%) entrepreneurs believe growth will be slow and steady, and a minority (16%) foresee aggressive growth. About 18% say they are still in survival mode.
“Over the 10-year history of the Monitor, we have witnessed the true resiliency of small-business owners,” says Susan Sobbott, president of American Express OPEN. “They streamlined operations, shifted priorities and made tough staffing choices during the recession, but they have come out the other side stronger than ever. They are taking calculated risks, hiring at prerecession levels, and the mindset has shifted from ‘maintaining’ to ‘growing.’”
One-third (35%) of businesses plan to hire full and/or part-time staff, up 7% points from last spring and 9% from last fall. Among those with hiring plans, 35% plan to hire one employee in the next six months; 33% will hire two employees, 8% plan to hire three, and one in five (20%) will hire four or more.
When asked what employee would most help their business, more than one in ten (14%) say they would hire an accountant or bookkeeper, and almost one in ten (9%) say they need a social-media expert. Six percent say they need either a marketing/advertising person or a sales representative. An increasing number of entrepreneurs use social-media tools to promote their businesses (44%, up from 39% six months ago).
The biggest concern is cashflow, which reached an all-time survey high of 66%, up from 60% one year prior and 53% last fall. A potential contributor to the cashflow crunch is entrepreneurs’ ability to access capital. Nearly three out of 10 business owners (29%) say it has gotten harder to access capital over the last six months.
“With the desire to scale a business comes the willingness to make the tough financial decisions necessary to achieve that goal,” Sobbott says. “Business owners have sacrificed cashflow comfort in order to make the switch from survival to growth mode.”
The American Express OPEN Small Business Monitor sampled 728 small business owners/managers of companies with fewer than 100 employees, and has a margin of error of +/-3.6%. American Express OPEN is the leading payment-card issuer for small businesses in the United States.

Jeff Jordan of Fabritec International shares ways he’s found to form a team atmosphere in a business. We discuss why it’s important in a drycleaning company, the role of management in fostering this feeling in a plant, and how to avoid common morale killers.