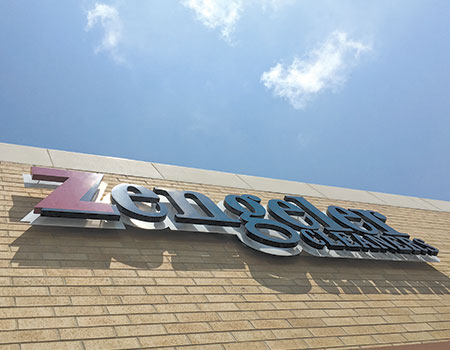 NORTHBROOK, Ill. — “Zengeler Cleaners is proud of the success of our Northbrook and Long Grove locations,” says Tom Zengeler, president of the family-owned drycleaning business, referring to the recent anniversaries of its two Chicago-area stores.

“Our customers love our friendly service, they appreciate our concern for the environment and their communities, and they enjoy the ability to pick up orders 24/7 using the stores’ self-serve kiosks,” he notes.

His passionate focus on a “customer-friendly attitude,” he says, combined with what he calls “best-in-class technology” are key features of Zengeler Cleaners’ two newest stores: one in Northbrook, opened in 2015, and the other in Long Grove, opened in 2011.

“The combination of advanced technology, environmentally-friendly processing and an ultra-modern design resulted in Northbrook earning recognition as the outstanding strip location for new store design from American Drycleaner,” Zengeler notes.

The Long Grove location, currently celebrating its 7th anniversary, the owner points out, “was one of the first in the nation to feature a fully-automated kiosk with 24/7/365 pick-up and drop-off, automating the handling, sorting, bagging and invoicing of each order – a solution quickly embraced by many customers,” he adds.

Both stores, he indicates, use only natural solvents in the cleaning process as part of the company’s commitment to the environment. “All solvents are recaptured and recycled in the tightest, most carefully controlled systems ever designed,” Zengeler says.

The cleaners offers a complete range of services at all of its store locations.

In addition to the Long Grove and Northbrook stores, the company has six other locations in northern Illinois: Deerfield, Hubbard Woods, Northfield, Winnetka and two stores in Libertyville, along with eight home pick-up and delivery routes.

“Now 161 years strong, the company’s growth and longevity were accomplished,” says Zengeler, “by the family's belief that successful businesses should be partners in the communities they serve.

“Zengeler delivers on that belief through its support for programs such as youth and social/service organizations throughout its service area,” he adds.