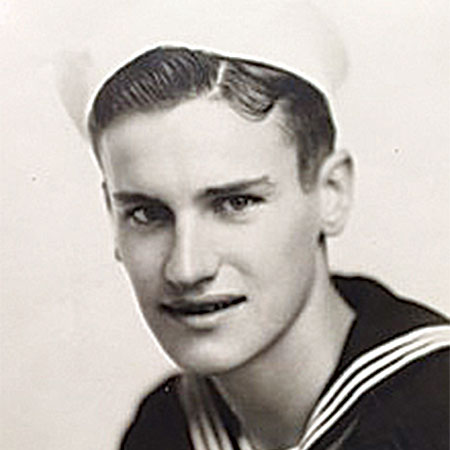 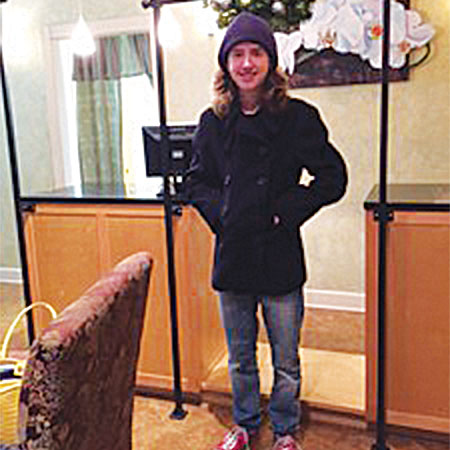 Summer is back and in full swing: both at your drycleaning operation and in your off-time enjoying family and friends at home or vacationing.

Red, White and Blue (And You) is back again too for 2017! It's been a year since we first rolled it out and many of you told me last summer how much you enjoyed the patriotic-themed stories.

So here we are again, this time with the focus on one particular story told by a dry cleaner.

Rhonda Wernick, owner, with husband Alan, of Oakwood Cleaners, in Nashville, Tenn. shares this story from one of her customer’s named Nancy. It's specifically about Nancy’s late father, a veteran of two wars, and his U.S. Navy peacoat.

("Peacoat" is a nickname for the heavy-weather Pilot Coat, or P-Coat, dark blue in color, wool, often double-breasted, worn by U.S. Navy personnel.)

“Nancy brought in her father’s vintage U.S. Navy peacoat hoping that we could restore it for her son Alex to wear. It had definitely seen better days,” explains Wernick.

“Her father is George A. Love, who served in the Seabees in World War II and in the Navy in the Korean War,” she says.

In WWII Love was assigned to the Seabee Construction Battalion Maintenance Unit No. 623 as a machinist mate second class (MM2C). The unit was sent to Guiuan, Samar, in the Leyte Gulf (Philippines) to build an airstrip and infrastructure. They arrived on Dec. 23, 1944, on a Dutch cargo ship, the M.S. Sommelsdijk.

On the morning of Dec. 26, a Japanese plane appeared and dropped two torpedoes. The plane then crashed into the sea when its wing tip caught the water. One torpedo hit the ship in Hold No. 1, starting a fire which quickly spread to Hold No. 2 where most of the men were staying, Wernick describes.

“Since the ship was in a bay, the ship was purposely run aground and the men either swam to shore or were able to evacuate to another ship,” she continues.

“The unit was allowed to stay in the Church of the Immaculate Conception until a camp site could be built. Many were wounded but only six men lost their lives in this attack.

"George safely returned from this war and went back to high school where he met and married Nancy’s mother, Martha E. Cathey.”

Wernick relates from Nancy that her dad was re-drafted to the Korean War which he later claimed was a “sightseeing tour” compared to WWII. When he returned home, he and Nancy’s mother started a family, having three daughters.

“He never spoke of his service to our country,” Nancy told Wernick.

When Operation Desert Storm began in 1990, he and Nancy were watching events unfold on TV and he started talking about his service. Nancy became fascinated and wanted to hear all about it to preserve his story.

He told her his U.S. Navy peacoat had been passed down to his two sisters. Nancy’s sister, Cathey, searched for and found the peacoat in a closet and gave it to Alex, the younger of Nancy’s two sons. Alex is a history buff especially interested in World War II.

But by then, the coat was beginning to show wear and tear. The lining was deteriorating, the buttons kept falling off, and it was dirty and musty.

Nancy wondered if it could be restored and posted the question on social media.

Oakwood Cleaners came highly recommended as being good at restoring vintage wedding gowns. Nancy gave them a call, met with Wernick and her seamstress, and is very happy to say the peacoat looks brand new.

Wernick says Nancy told her that Alex is beyond proud to continue to wear his grandfather’s Navy peacoat in honor of not only him but of our U.S. military and the sacrifices made for our country.

Ed. Note: If you have a patriotic story you’d like to share related to your drycleaning business please e-mail [email protected]. Thank you. Have a safe and happy 4th of July!