CHICAGO — September and third-quarter 2010 sales were down in all regions from the prior year, according to this month’s StatShot Survey. However, the sales declines are no longer the double-digit losses seen early in the “Great Recession.”
Midwestern operators fared the best in September, recording a decrease of 1.9% in sales from the prior year after a slight uptick in August. In the West, sales were down 3.1%, the South lost 3.8%, and the Northeast shed 3.9%. Nationwide, sales were down an average of 2.5%.
Unusually high temperatures in the South and West may have contributed to larger month-to-month declines, operators said. “Excess heat delayed normal fall cleaning,” says a Southern operator. “I’m hoping it’s just the weather—too warm,” said another from the West.
For the third quarter, sales were down just 1.0% in the West, and 2.3% in the Northeast. Southern and Midwestern operators reported declines of 4.0%, and the national average was off 2.8% from the same period in 2009.
“The third quarter started very well, but we saw a dramatic slowdown toward the end of the quarter,” said one Western drycleaner. “Our increase was attributed to a dramatic increase in advertising, and improved service and quality. As this new slowdown begins, I’m scratching my head as to what to do next.”
Several operators reporting positive or steady results said they had raised prices or resisted pressure to lower them. Some noted that 2009 was an all-time low. Other were hard-pressed for an explanation. “Sales are unpredictable,” says an operator from the South. “One busy week, and two slow weeks. Some days, 10 customers, and other days, 60 customers.”
Whether posting gains or losses, operators in every region reported that unemployment needs to ease before sales show real improvement. “I think the bleeding has stopped,” says a Midwesterner. “But it may be like this until employment picks up.”American Drycleaner’s StatShot surveys readers every month on a variety of issues facing the industry. While the survey presents a snapshot of readers’ viewpoints at a particular moment, it should not be considered scientific. 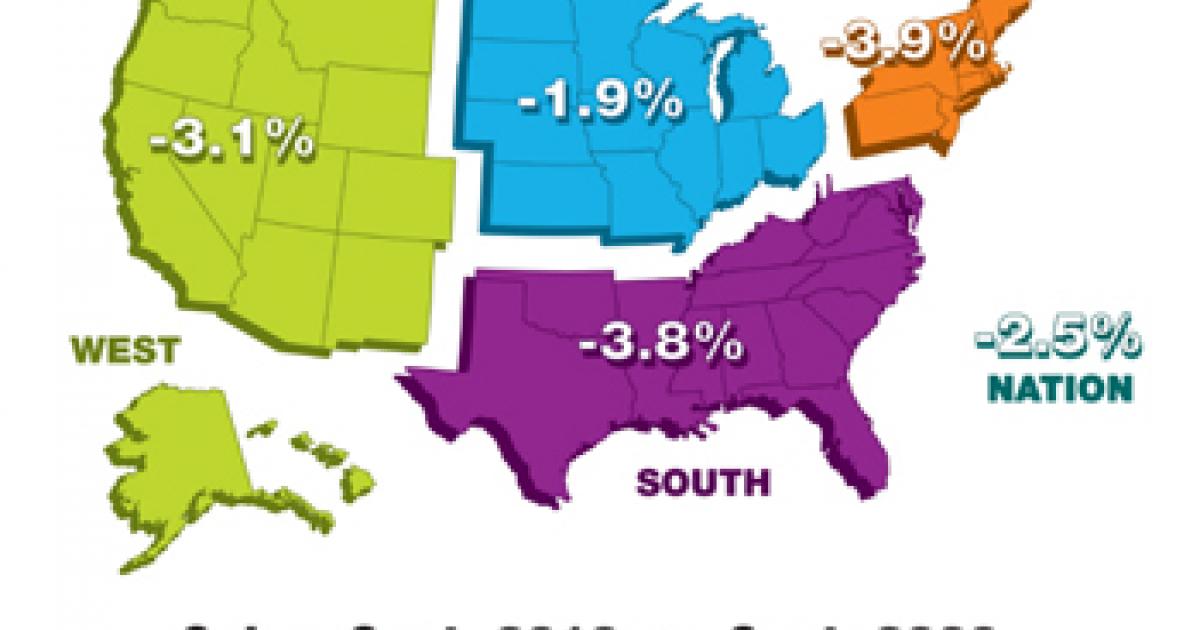