Let’s celebrate once again at this time of year in our own way with shared stories from you of a patriotic nature from the fabricare industry. So many of you do things for our service personnel and veterans, including flags, uniforms, and much more. Here are just a few stories that help represent all that you do. Enjoy these, and have a fun, patriotic and safe 4th!

Forenta says it is currently building an order of presses for the U.S. Marine base in Okinawa, Japan.

These presses will be installed at Camp Kinser later this summer. What makes this particular order special for Rusty Smith, president of Forenta, is the fact that his youngest brother served in the Marine Corps and was stationed at this same base in Okinawa many years ago.

In addition, Rusty’s oldest brother, who has worked for Forenta for 38 years, is actually doing most of the Q.C. inspection for this order of presses. It’s safe to say that this shipment of presses will be very personal for the Smith brothers and Forenta.

The Morristown, Tenn.-based firm has a rich history of supplying equipment to the U.S. military, it notes. The Forse Corporation, its forerunner, first began building laundry presses for the U.S. Navy in the early 1940s during the height of World War II.

Almost every week we do something for veterans, says Clementina Yazdani, co-owner with Vahid, of Executive Cleaners in Connecticut. “Our staff recently did pressing on four extra-large U.S. Flags for a local American Legion at no charge of course!”

Rhonda Eysel, CEO of Columbus, Ga.-based Master Kleen Dry Cleaners, a 3rd generation drycleaning and laundry business with four locations, says, “One of our locations is a five-minute drive from U.S. Army Fort Benning and the Maneuver Center of Excellence.” Fort Benning is home to one of five U.S. Army Basic Combat Training facilities.

Eysel relates: “We are contracted to process bulk unit orders of ASUs (Army Service Uniforms) that have been issued to soldiers in training who are in BCT (Basic Combat Training) units here at Ft. Benning.

“The purpose for cleaning/pressing their uniforms during BCT is 1) for individual uniform inspection, and 2) to wear during their Turning Blue ceremony and/or graduation. We’re honored to serve our local military heroes by taking great care of their dress uniforms,” she says.

Those are just a few examples, out of so many across your garment care industry, to help celebrate the Fourth of July! 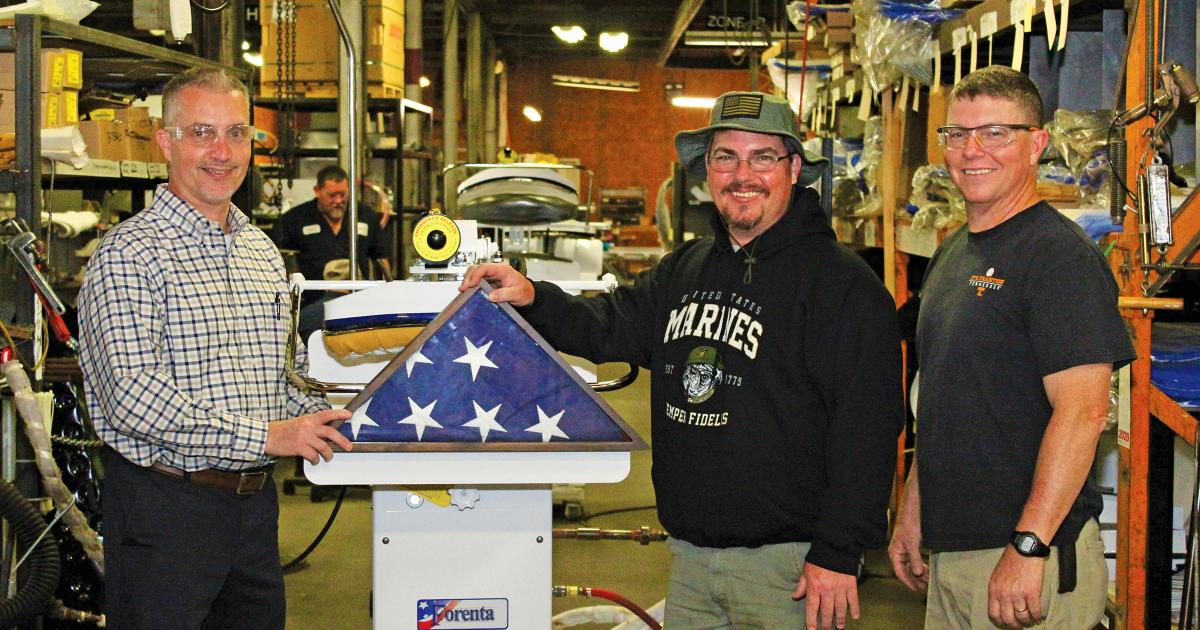 From left, Rusty Smith, president of Forenta, stands with his brothers Mike and Mitch. The company will be delivering presses to the U.S. Marine base on Okinawa, Japan, later this summer, a base his youngest brother Mike was stationed at years earlier. (Photo by Forenta) 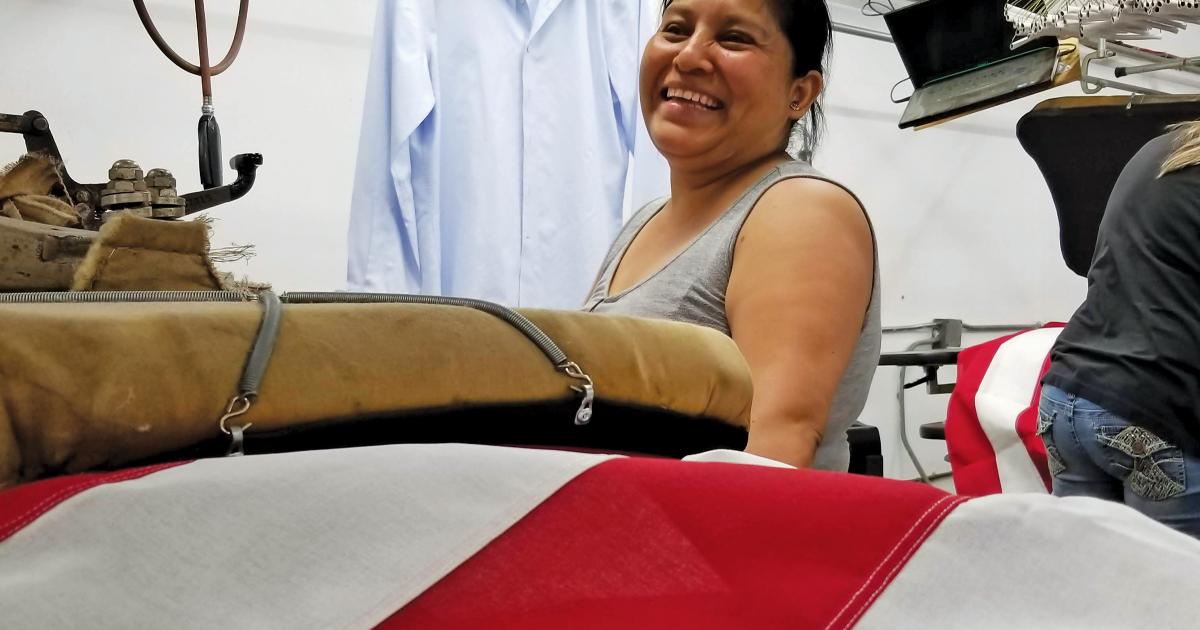 Team member at Executive Cleaners, Milford, Conn., cleans one of four large U.S. Flags for a local American Legion. The cleaners received a certificate of appreciation from the Legion. (Photo by Executive Cleaners) 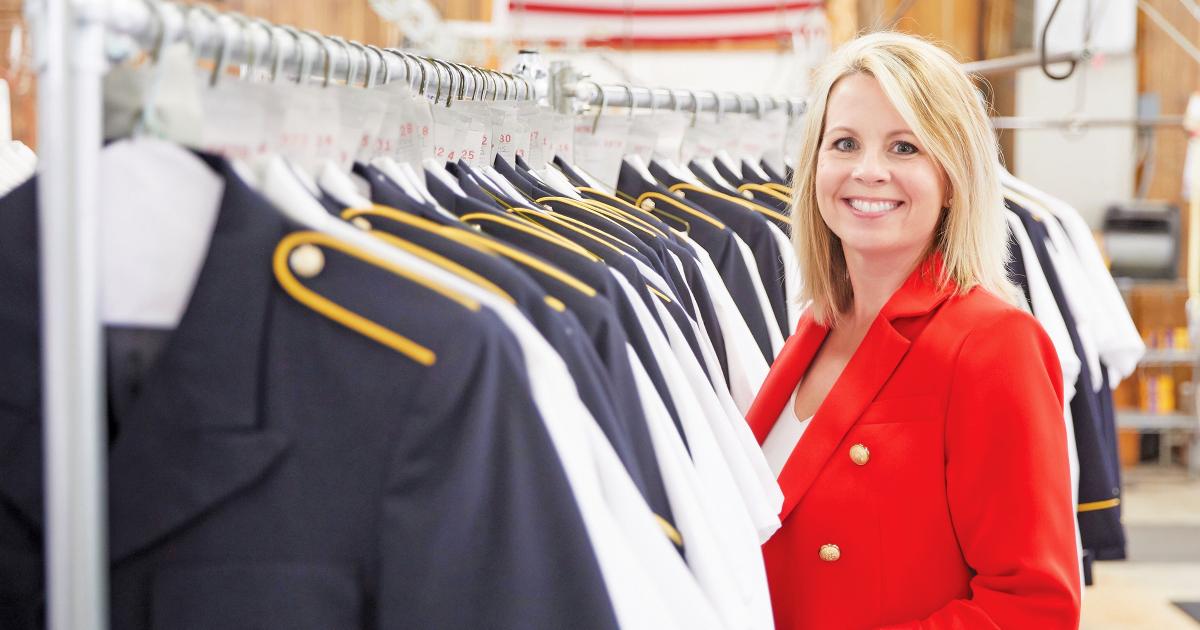