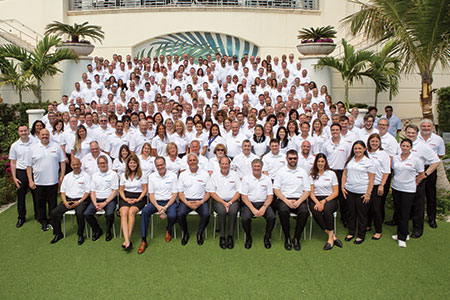 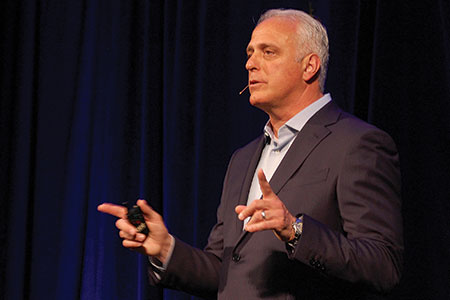 BERKLEY, Mich. — Earlier in May, The Huntington Company held its largest convention ever in Miami, it notes, combining both the Martinizing franchisees as well as those from Certified Restoration Drycleaning Network (CRDN) under one roof.

Wayne Wudyka, CEO of The Huntington Company says: “This was the largest convention in our company’s history and the first convention that combined our retail brands; Martinizing, Pressed 4 Time and 1-800-Dryclean with our flagship brand, CRDN.”

He adds: “More than 400 franchise owners and their sales people attended with 36 industry-related sponsor-companies attending to support our brands and promote their products and services to our franchise owners.”

Wudyka says that at the convention, “We announced record-breaking sales growth for CRDN in 2017 in both textile and electronics restoration, with the first quarter of 2018 off to an even faster pace.” He also repots, “Martinizing revealed unprecedented expansion with 75 new franchisees added in the previous 12 months. A number of new initiatives were announced and revealed for both the Martinizing and CRDN brands, including new television advertising for Martinizing and a new website, app and brand identity for CRDN.”

This self-described multi-concept franchisor says it focuses on providing textile restoration and retail drycleaning and laundry services in America and beyond.

In 2014, the firm acquired the Martinizing franchise whose network model, it states, sets itself apart from competitors with customer services, ease of use and independent revenue streams such as free pickup and delivery, and lockers.

“We are operators first and foremost,” it relates on its website, “giving us the experience, core competencies and leadership capabilities that attract new franchise owners,” and adds that it is in the process of developing its new website.