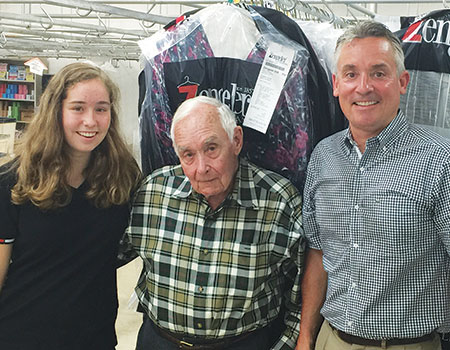 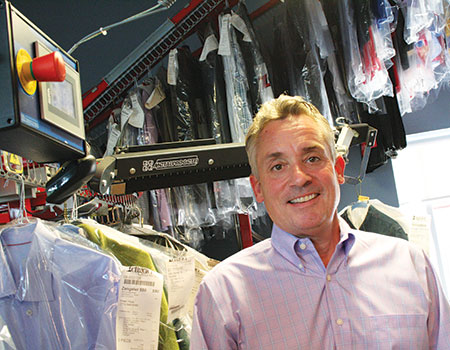 LIBERTYVILLE, Ill. — Like most college students home for the summer, Kristine Zengeler has been working for extra cash.

What sets her apart from other college students is that her employment represents the sixth generation of her family to work for Zengeler Cleaners, notes the company.

Zengeler Cleaners was founded in 1857 in Chicago by Kristine’s great-great-great-grandfather, John Zengeler. The patriarch was a German immigrant and chemist who opened the family’s first clothing cleaning company, the firm says.

Since first opening the doors, Zengeler Cleaners has survived the Civil War, the 1871 Chicago Fire, two world wars and the Great Depression.

How rare is a sixth-generation business?

Vicki TenHaken, author of Lessons From Century Club Companies, Managing for Long-Term Success, explains the significance of what such a business represents.

“For Zengeler Cleaners to move into their 6th generation is an accomplishment to be celebrated — such a company is a true treasure not only for their family, but for their employees and business partners, as well as their community.”

Kristine Zengeler will be a sophomore neuroscience major at Bates College in Lewiston, Maine, this fall. Although she’s keeping her post-college plans open, she understands her family business role represents something “pretty cool,” she says.

She recognizes that being the first member of the sixth generation to work for Zengeler Cleaners is “an experience not many people get to have.”

Tom Zengeler, Kristine’s father and president of the company, didn’t think he’d end up working in the family business, the company notes, as he studied hotel/restaurant management in college. But by 1985, he had joined as a partner.

Today, three generations of the family are active in the business. Kristine’s grandfather, Bob Zengeler Sr., thinks it is great to see another generation continue with the family business. Even at age 86, you can count him among the firm's loyal employees. Not only does he still work at the Libertyville location (one of eight Zengeler Cleaners in Chicago’s northern suburbs), but he’s there every day, including Saturdays.

How does a family business last this long?

“Keeping the same focus on quality that the company was founded on,” says Tom Zengeler.